The Separation of Marriage and State 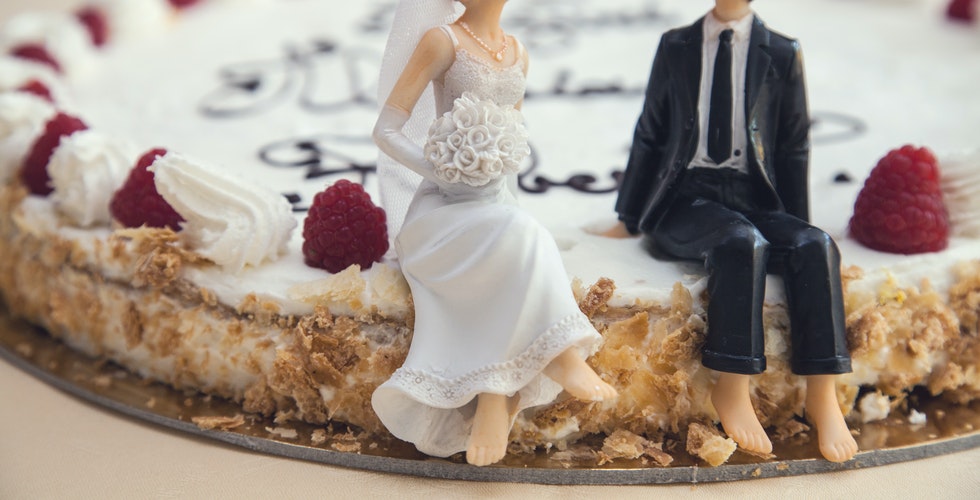 This guest post is by Jeremy Mack of The Evangelical Libertarian. Though I do not necessarily agree with everything in the post, it is especially timely given the current political climate of the United States and it should be well-taken. I imagine LCC will be speaking even more about this issue in the coming weeks, and we look forward to your comments and discussion.

Henry VIII ascended to the throne of jolly old England at the age of eighteen in 1509. By the late 1520’s his wife, Catherine of Argon, was in her forties and had failed to produce a male heir. Desperate to solidify his family’s future grip on power, Henry moved to divorce Catherine and marry his mistress Anne Boleyn. The Pope refused to allow the divorce on the grounds that Henry had been given special permission to marry her in the first place. Catherine was his brother’s widow. In May of 1533 the Archbishop of Canterbury, Thomas Cranmer declared Henry and Catherine’s marriage invalid. Almost immediately Anne Boleyn was crowned queen. The Pope moved for excommunication. Henry, by an act of parliament was made head of the Church in England, stripping the Pope of religious power in the realm.

Why is this important for our context? It demonstrates some things about the power of the State in regards to marriage that has been lost on us in the modern era. First, when Henry wanted to get divorced, he didn’t go to a judge, he went to the Church. Why? Because Henry understood that marriage was an act of devotion, it was not the creation of the State. He understood, rightly, that marriage is an inherently religious act. So, in the matter of marriage, as in other things regarding worship, Henry was a man under authority, not in authority. Second, we see that in order to justify his actions for posterity, he had to ultimately assume complete power over the church. Henry understood that the State had no power over the institution of marriage. He had to make a theological case for the king to be head of the church. The Anglican Church was born in this controversy.

Where did marriage come from? People rarely ask this question. It is however, a very important question to ask and answer. Marriage was not created by government bureaucrats in a boardroom. It is now, and has always been, a religious act of devotion. It is a function of a religious institution. Where we ever got the idea that civil government has the power to grant marriage licenses and conduct marriage ceremonies is beyond me. The State cannot join two people together in matrimony. That is something only a religious institution can do. Separation of Church and State is a phrase that is often invoked by politicians in an attempt to push religion out of the public sphere. But here is a place where the power falls clearly on the Church’s side of the scale. The State needs to butt out of an affair that is not under its authority. Marriage is a religious creation, and to religion it belongs exclusively.

If marriage is a religious institution, then religious institutions should define it. Congress, the President and his famous (or infamous) pen, and the Supreme Court have no power over it. They cannot declare homosexual marriage legal. They cannot redefine the institution at all. It’s not theirs. If some complain because they are not religious and are not attached to a religious institution, then I reply, why marry at all? Vows are made to God. If you don’t believe in God there is no need to go through the motions. Some may say, “But I want to marry! It’s a cultural institution of which I am fond!” There are plenty of religious institutions that will perform ceremonies for non-religious people. The Unitarian Church, for example, would provide such services. Most evangelical pastors will even marry two non-religious people. Evangelicals generally draw the line at marrying a religious person to a non-religious person. Some may say, “But I’m gay, what about me?” The Presbyterian Church USA and the Episcopal Church would both provide marriage services for gay couples. There are others as well. Frankly, there have been churches willing to do this for a long time. The claim of bigotry aimed at the Church by politicians is a straw man erected to bring another aspect of private life under the control of the American State. Separation of Church and State is a sword with two-edges. One edge is meant to protect the population from having their public lives controlled by the clergy, the other edge is meant to protect their private lives from control by politicians. In either case the sword is there to promote liberty.

This is a theological debate that should be had by various denominations and religions. If there are variant positions through out the nation on what is right and good, those various positions are held by private people and private institutions. The range of influence and power is limited to either individuals or a group of individuals who have voluntarily attached themselves to an institution, like a church or a club. This is the same situation that has always existed. That is the definition of a plural society. If we allow the State to impose a one size fits all belief upon us all, then that belief will almost certainly be the wrong one. Governments are rarely right for long about anything. In a democratic republic like ours in America, power swings back and forth between two parties. A small majority can sometimes impose its will on a large minority, depending on how power is divided. But like all large stable governments in history, policies are very difficult to undo once enacted. Currently the Affordable Care Act is very unpopular, yet, it is difficult to imagine that it will actually ever be over turned. Allowing private religious institutions to be the arbiters of cultural disagreements about morality and religious practice is a much better option. If you don’t like your church or religion in America, you can leave it or change it. Yes, there may be personal sacrifices made on your behalf, but you won’t be killed or jailed. Let the State begin to make these decisions for us, and you will see laws made and crimes invented.

This is precisely what makes parts of the Middle East so unstable. There is no separation of Mosque and State. There is no place in certain types of Islam for a private life with moral disagreement. Therefore, if you are not part of whatever type of Islam that is in power or thinks it should be in power, then you have no right to life at all, and you become subject to imprisonment and execution. Each side of the disagreement rises to power from time to time and punishes the other for recent and/or ancient injustices. There can be no peaceful plural society where this mentality exists.

This is precisely where we are headed. We are reaching a point where there is no place for moral disagreement. The two parties each take the reigns of power from time to time, and the party in the majority then punishes those that they defeated in the last election. This way of thinking is what has poisoned our political discourse. Instead of seeing people that differ in moral judgment, we see enemies to be vanquished. Thus we fight culture wars, drug wars, wars on poverty, wars on women, wars on the Tea Party, wars on terrorism etc. We use the language of violence to describe the way we feel about people and practices. Instead of letting these things be mediated and solved by private individuals and private institutions at the local level, we turn to the monopoly of violence that the State possesses, to try and force each other to live and believe as the other would have it. This is our current cultural moray. If we are to recover from it as a people, we must allow the Separation of Church and State to be the protector of liberty that it has been since the dawn of the Reformation. Just as we would not want the Church punishing crime, I submit, we do not want the State defining marriage. Marriage does not belong to politicians and judges, but to priests and pastors. We in America need to return to our private lives and institutions, learning to express our opinions in them, and stop letting politicians divide us with promises of future punishment on those with whom we differ. If we do not I fear one day the balance of power will shift too far, and too much will be forced upon one side. That is how democratic nations generally move from the ballot box to the cartridge box. War is a destroyer of Life, liberty, and property. It is also the province of the State.

Read the original article at The Evangelical Libertarian.