Can a Christian fight? 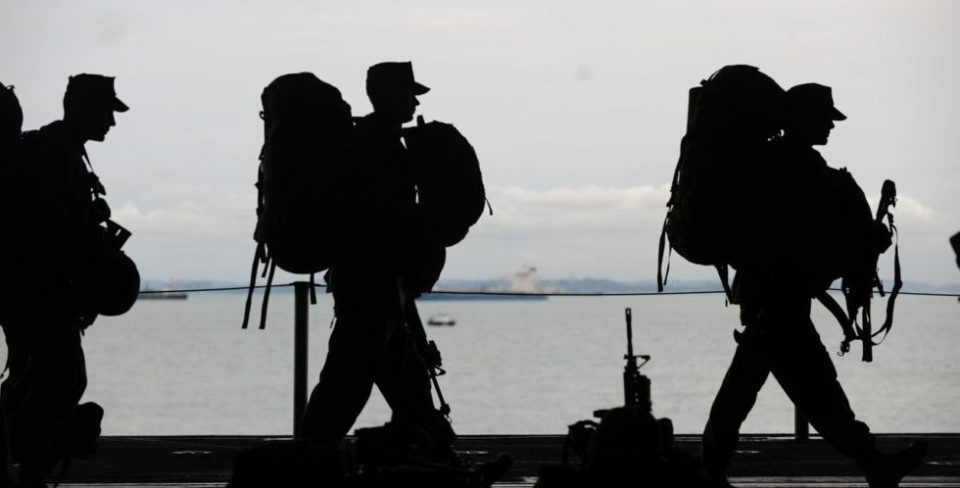 Standing for truth or civil rights is a scary business with dire consequences at times. It may even lead to war. But what is a “just war”? When may Christians participate in war? Who are the biggest beneficiaries of war? May Christians kill each other in self-defense at home or when in combat?

Christians may only participate in just wars (i.e., wars of self-defense rather than aggression). What ultimately determines whether a war is just is the believer’s conscience after apprehending a candid understanding of the facts—notwithstanding claims of rulers that declare a conflict to be just. The reason Christians can participate in a collective defense effort is little different than the reason why they can undertake self-defense against predators individually. They are called upon to promote peace by preserving life, liberty, and property. And sometimes that call leads them to repel predators by force.

One implication of justifiable self-defense is the sad reality that Christians might end up killing some of their brethren when they engage in collective action (i.e., war). There are always those who will try to increase chaos and misery in society by abridging fundamental rights, and Christians who cherish peace will be right to stand up for life, liberty, and property—even by force of arms. Yet, Christians must take special care to minimize or eliminate bloodshed, especially when some of their brethren’s lives may be in jeopardy. Sometimes this objective is difficult to achieve, with sinful choices of assailants leading to personal disaster at the hand of a brother defending his fundamental rights.

It is not sinful for a Christian to kill a brother who is attacking him either by robbing him or firing at him in an opposing army. A Christian can hardly check the Christian credentials of an unknown assailant prior to defending himself. Consider that there were undoubtedly professing believers on both sides in both the American War for Independence and the War Between the States. While the reprehensible circumstances are an abomination to God, there are often deadly consequences from sin (Galatians 6:7)— particularly in the case of aggressive behavior (Jeremiah 19:7; 21:9; 38:2; Matthew 26:52; Luke 21:24).

What special obligation does a Christian have to know about the spiritual condition of his assailant? Building on the premise of Christians in combat being accepted, the righteous brother will surely be troubled by the thought of killing his sinning brother in the opposing army as a matter of collective self-defense. The rule of thumb must be that a Christian prefers his brother, meaning that he should do whatever he can to know the status of a potential menace prior to confronting him. If he can ascertain that his opponent is a believer he must try to avoid conflict, which can be especially difficult if the opponent speaks a different language or communication is otherwise unfeasible. In most wartime cases, it will be impossible to avoid conflict or find out the spiritual status of an adversary. Thus, a Christian must rely upon prayer to protect his brethren and Providence to direct all things justly. Of course, a Christian can avoid this problem altogether simply by refusing to enlist, even if he is conscripted. When in doubt, this tactic may be best. However, in the case of a just war, a Christian must be left to his liberty to take up arms and fight for the glory of God and peace among men if he wishes.

Nevertheless, there will be occasions when a Christian’s conscience will not permit him to fight. Should Christians resist the draft? At times they should. They cannot support aggression. They are to undertake actions which ultimately promote peace and prosperity for their families and the church, as well as the glory of God and the expansion of His kingdom. But what about resisting the draft in just wars of national defense too? Well, ordinarily this concern is mute since Christians will spontaneously rally to support a just cause. But they could in theory still justly resist the draft as a violation of individual liberty, becoming a de facto form of enslavement. “Let each be fully convinced in his own mind” (Romans 14:5).

What can be said with confidence is that Christians may only enlist to defend their homes and country—and may never attack another country in a war of aggression. It is hard to see, therefore, how a Christian could have rightfully been part of either the British loyalists or Northern (Lincolnite) armies. The same thing could be said of the more recent conflicts in Iraq and Vietnam (and perhaps others).

Furthermore, we can confidently assert that Christians should not favor or implement the use of weapons of mass destruction, knowing that innocent people—including many Christians—will unavoidably be killed. Christians are to sow peace in the world and to not do harm to a neighbor (Psalm 34:14; Matthew 5:9; Romans 13:10; 14:19; 2 Timothy 2:22; Hebrews 12:14; 1 Peter 3:1). Further, one’s theology of warfare must be reconciled with passages like Galatians 6:10: “As we have therefore opportunity, let us do good unto all men, especially unto them who are of the household of faith.” The notion of nuclear, chemical, or biological obliteration is repugnant to such biblical doctrine.

Remember that states and rulers are the greatest beneficiaries of war, along with certain business interests that profit from trade during wartime—or that manufacture weapons and harness energy for the war machine. Christians must not participate in evil but overcome it with good (Romans 12:21). So let us not be accomplices of wickedness, or of the vile deeds and unjust wars of the “kings of the earth” (Isaiah 24:1; Revelation 16:14; 18:3, 9) and the contemporary rulers of America.

Originally published in The Times Examiner on July 27, 2005.

Read More »
PrevPrevWhat “rights” do Christians have?
NextBreaking: Ron Paul will not run for Congress againNext