What “rights” do Christians have? 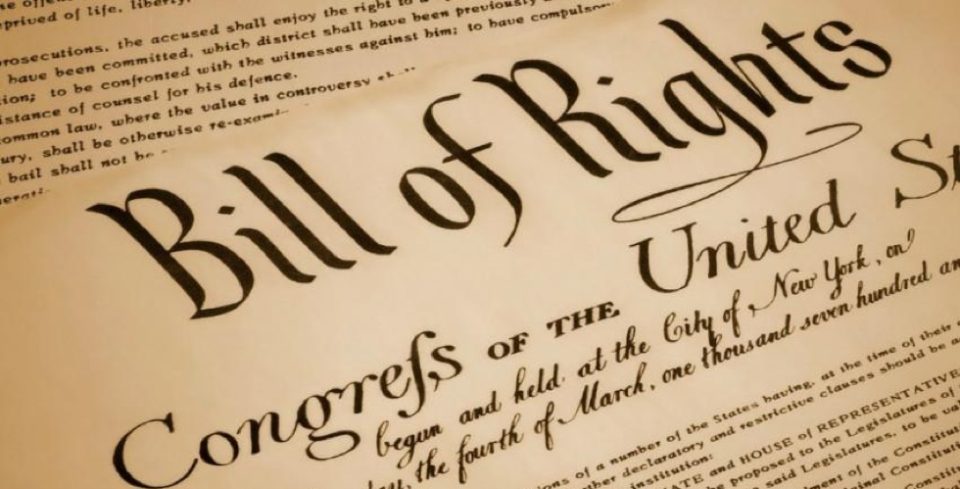 Do Christians have rights? Is it proper for them to assert their rights as Americans? If so, to what extent should they be asserted? The Bible teaches that Christians are not to claim their rights against each other, but rather to be defrauded if necessary (1 Corinthians 6:7-8; 1 Thessalonians 4:6). It is part and parcel of being a Christian to prefer others and to esteem others better than themselves (Romans 12:10; Philippians 2:3-4). They are even called upon to suffer abuse from unbelievers when they can bear testimony of Christ to them and promote peace (Matthew 5:38-42; Romans 12:17-21). The Christian life is, in reality, one of cross-bearing and suffering (Mark 8:34; Philippians 1:29). Therefore, in a sense, Christians have no rights—or at least they are commanded to not exercise them in most circumstances—for the sake of God’s glory, the love of God’s people, or for the purpose of bearing testimony to God’s grace in them.

Nevertheless, if Christians are called to live in civil society and participate in its trade and institutions, then they must adhere to social customs. The Bible gives every indication that Christians are to work, buy, sell, give of their earnings, hold property, pass on an inheritance, and enter into commercial agreements with others. Thus, Christians need to both assert and comply with social customs for economic cooperation. Those customs include establishing and maintaining political and personal rights and liberties, assigning duties to government to protect rights and obligations on each other to respect them.

When Christians have a say in determining what rights will be concluded as “self-evident” it makes sense for them to base their recommendations on God’s word. Accordingly, the Founders originated a basis for claiming rights to life, liberty, and property in God’s revelation to man as a means by which sinful men would be able to dwell together in peaceful cooperation in economic and social spheres. By establishing the civil rights of men, and limiting the scope of government to protect those rights against predators, the Founders (and Christians) became peacemakers in the world. They fulfilled the mandate of love toward one another (as outlined in the New Testament) and to the society in general (Galatians 6:10). “Now the fruit of righteousness is sown in peace by those who make peace” (James 3:18).

Although no civilization is without its imperfections, it is clear that the most peaceful, generous, and cooperative civilizations have been those which exalt private property rights, esteem life highly, and prize liberty. Christian commitment does not preclude the use of law and order in business or social behavior. Christians understand the sinful nature of men and thus understand, in the words of Jefferson, “that to secure these rights, governments are instituted among men, deriving their just powers from the consent of the governed.” Absent private property rights, liberty, and the rule of law, history bears witness of the tragedy that will ensue under collectivist and totalitarian systems: war, chaos, destruction of property, murder, mayhem, poverty, and environmental degradation. By asserting fundamental rights to life, liberty, and property, Christians demonstrate the goodness of God in the world and sow peace and prosperity for men. To do the opposite would be to sin—harming their neighbors by worsening their terrestrial misery (Romans 13:10). Conceptually, being “ stewards of the mysteries of God” ( 1 Corinthians 4:1) and being “good stewards of the manifold grace of God” (1 Peter 4:10) includes not only the Gospel itself but also in caring for all of the works of God that promote His kingdom and peace in the world.

But should Christians forever advocate the same set of rights promulgated by the Founders? Yes, they should! Those rights are derived from the unchanging precepts of God’s word and His attributes. But does the existence of democratic processes alter the nature of the action of government agents? In other words, can popularly elected rulers violate fundamental rights with immunity? For example, are extortion and abortion cleansed (i.e., no longer wrong) because they have been approved by a referendum or decreed by a ruler elected under democratic processes? After all, since we have representative government in America, some claim that Christians are precluded from chafing against legislation or decrees by disobeying edicts. Yet, clearly, for the Christian it is “self-evident” that the precepts of God’s word trump any of the political and social concoctions of men. A society based on adherence to His principles will lead to the “great society” rather than the failed proactive policies of rulers whose philosophy vies against such principles. At the end of the day, the opinions of all the rulers and philosophers of the world regarding rights and morality are of little worth compared to the decrees of the God of the universe.

Were our American Christian forefathers, such as the strong and devout Christian Stonewall Jackson, wrong in asserting their rights to self-defense of life, liberty, and property? They certainly were not. They were not merely fighting for “their” rights. They were fighting to preserve a system of social cooperation. Many endeavored to engender peace and prosperity “to them and their posterity”, for the glory of God, for the benefit of the church, and for the expansion of the testimony of Jesus Christ in the world. They were not wrong in performing acts of love and sowing the seeds of peace. On the contrary, Christians today do wrong by refusing to stand up to tyrants and by allowing this world’s system to dominate their hearts, minds, and social or economic interactions.

Originally published in The Times Examiner on July 20, 2005.

Read More »
PrevPrevNatural Rights – How do they work?
NextCan a Christian fight?Next