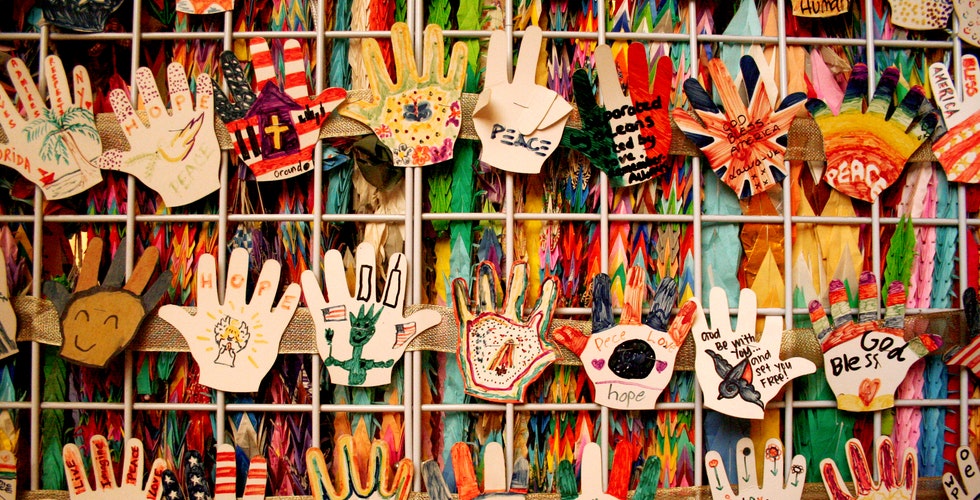 Since the beginning of the war in Iraq, I have unequivocally maintained several things about the deaths of U.S. troops. Every one of the 4,450 U.S. soldiers who has died so far in Iraq has died unnecessarily, senselessly, for a lie, and in vain.

This latter point struck a nerve with a reader of a recent article of mine on the Iraq war, “What If Iraq Had Weapons of Mass Destruction?,” that was reprinted by LibertarianChristians.com. Although my critic didn’t “necessarily disagree” with some of my conclusions, he did “disagree on one major point”:

The soldiers did not die in vain. There is now a chance for freedom in a country that did not have it, if that is in vain then we all must question our purpose here on earth. I would not insult their families or their honor by reprinting such an inflammatory statement.

Look at what has happened to our freedoms in this country since 9/11 and since the troops started defending our freedoms by fighting in Iraq. Our freedoms have gone down the drain. Is it worth giving up our freedoms – like the freedom to travel without being sexually molested – so that Iraqis can have a “chance for freedom”?

Although I don’t discount the brutality of Saddam Hussein’s regime, some Iraqis who used to have legs, jobs, fathers, mothers, children, freedom to worship, and freedom to not be blown up by a suicide bomber don’t think much of Iraq’s newfound “chance for freedom.”

And why is it that no totalitarian country has a “chance for freedom” unless the United States intervenes militarily or otherwise?

I realize that this truth might be especially painful to the thousands of Americans who have lost loved ones in Iraq. I am not insensitive to the fact that every American soldier killed in Iraq was someone’s father, husband, son, brother, uncle, nephew, grandson, and, in about a hundred cases, someone’s mother, wife, daughter, sister, aunt, niece, or granddaughter. This painful truth should embolden those who have lost loved ones to never support or encourage any relative, friend, acquaintance, neighbor, coworker, business associate, or fellow church member ever joining the military.

I would like to mention three reasons why I believe U.S. soldiers killed while fighting in Iraq died in vain.

U.S. soldiers killed while fighting in Iraq died in vain because their mission in that conflict was undefined and unfinished.

When the number of U.S. soldiers killed in Iraq hit the 1,000 milestone in September of 2004, President Bush said of the families of those killed: “My promise to them is that we will complete the mission so that their child or their husband or wife has not died in vain.” Yet, back in October of 2003, in front of a “Mission Accomplished” banner, Bush had already announced: “Major combat operations in Iraq have ended. In the Battle of Iraq, the United States and our allies have prevailed.” But if the United States prevailed and ceased major combat operations, then what was Bush doing talking about completing the mission?

Just what was our mission in Iraq? To remove Saddam Hussein? To defend our freedoms? To dismantle Al-Queda? To remove a threat to the United States? To liberate Iraq? To respond to an attack on the United States? To bring stability to the Middle East? To force Iraq to comply with UN resolutions? To free Muslim women from oppression? To impose democracy on Iraq? To retaliate for 9/11? To maintain the free flow of oil? To protect Israel? To destroy weapons of mass destruction?

A study back in 2004 documented 27 rationales given for the war by the Bush administration, war hawks in Congress, and the media between 9/11 and the October 2002 congressional resolution to use force in Iraq and concluded that it was “the Bush administration, and the President himself” that “established the majority of the rationales for the war and all of those rationales that make up the most prominent reasons for war.” Another 2004 study – this one prepared for Representative Henry Waxman (D-CA) by the U.S. House of Representatives Committee on Government Reform – concluded that Bush, Cheney, Rumsfeld, Powell, and Rice

U.S. soldiers killed while fighting in Iraq died in vain because the military they were in was engaged in an unjust war and immoral war.

Labeling the U.S. invasion and occupation of Iraq a just war does not make it one. A just war must be defensive, be in proportion to the gravity of the situation, have obtainable objectives, be preceded by a public declaration, be declared only by legitimate authority, and only be undertaken as a last resort. By no stretch of the imagination can the U.S. invasion and occupation of Iraq be called a just war. In fact, the war violates every “just war principle” ever invoked to justify a war.

Even if the United States went into Iraq with the best of intentions and most purest of motives (which of course it didn’t), is it the job of the U.S. military to free the oppressed peoples of the world from their autocratic rulers and totalitarian states? Absolutely not. Not only can’t it be done, it would be a never-ending mission that would perpetually shed U.S. blood and spend U.S. treasure.

U.S. soldiers killed while fighting in Iraq died in vain because of the Islamic state they inadvertently helped set up.

Yes, an Islamic state. A socialistic Islamic state under Sharia law in place of the secular government that existed.. Did any advocate for more war and bloodshed in the Middle East ever read article 2 of the new Iraqi constitution? This article stands the beloved American principle of separation of church and state on its head:

Islam is the official religion of the State and it is a foundation source of legislation.

No law may be enacted that contradicts the established provisions of Islam.

And what about articles 30, 31, and 34? These articles establish an Iraqi Great Society that would make LBJ proud:

The State shall guarantee to the individual and the family – especially children and women – social and health security, the basic requirements for living a free and decent life, and shall secure for them suitable income and appropriate housing.

The State shall guarantee social and health security to Iraqis in cases of old age, sickness, employment disability, homelessness, orphanhood, or unemployment, shall work to protect them from ignorance, fear and poverty, and shall provide them housing and special programs of care and rehabilitation, and this shall be regulated by law.

Every citizen has the right to health care. The State shall maintain public health and provide the means of prevention and treatment by building different types of hospitals and health institutions.

Free education in all its stages is a right for all Iraqis.

This is the constitution created by the United States-created and funded Coalition Provisional Authority (CPA), not Al-Qaeda, Islamic extremists, militants, terrorists, insurgents, the Muslim Brotherhood, or Islamofascists. The administrator of the CPA reported directly to the U.S. secretary of defense – not to Osama bin Laden, a Muslim cleric or imam, or the Supreme Leader of Iran.

It is not honorable for a U.S. soldier to die fighting some unnecessary foreign war. It is in fact a shameful thing. All Americans ought to be ashamed of their government, its foreign policy, and the way it uses its military.

Why is it that those who opposed this monstrous war from the beginning are not considered the true patriots? Is it anti-American to think that it wasn’t worth one drop of blood from one American soldier to give Iraq a “chance for freedom”? How much more pro-American could one get? Real patriots don’t want to see any more U.S. soldiers die in vain.

Originally published on April 25, 2011 at Lewrockwell.com.