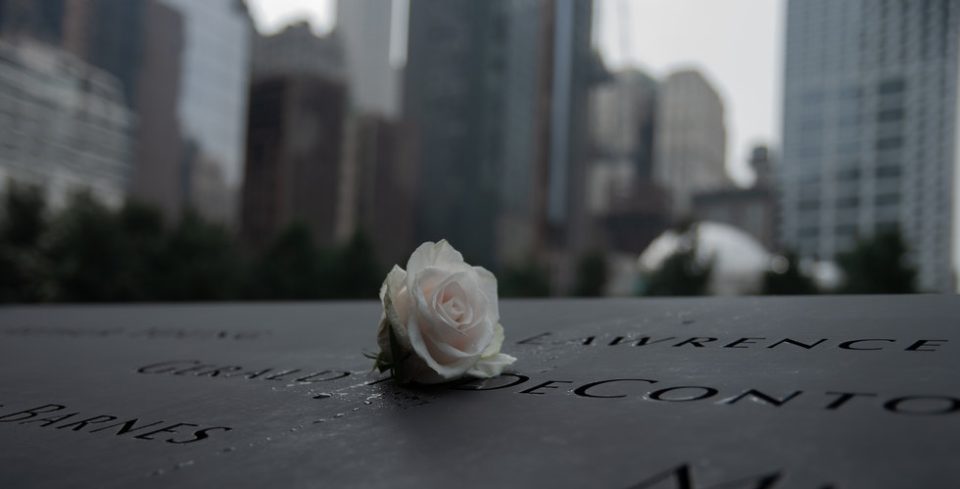 My good friend Anthony Gregory has written a spectacular retrospective of 9-11 at the Independent Institute blog. It encapsulates how I feel about the event so much that I absolutely must share it here as well. I did not become a libertarian until later than Anthony, but the principles he describes are a large part of what ultimately convinced me of the truth of libertarian principles and the moral bankruptness of “conservative” political values. Hopefully you are coming to this same conclusion as well…

Contents show
1 Abandoning My Pre-9/11 Mentality by Anthony Gregory of the Independent Institute
1.1 Eye for An Eye
1.2 The Cycle of Blood-thirst and Bloodshed
1.3 The Biggest Terrorist Organization in the World
1.4 9/11 Changed the Rules

Eye for An Eye

On the eve of September 10, 2001, I went to sleep a libertarian, distrustful of the state, holding both major political parties in contempt, seeing the federal government as the primary enemy of the American people, their lives and liberties. The next morning, watching the horrific news of the murderous attacks on the World Trade Center and Pentagon, I found myself on the side of the government for the first time in years. That is to say, I thought it would be appropriate for the government to find the culprits behind 9/11 and bring them to justice. I thought capturing and executing the ringleaders would be appropriate. I favored raising a bounty to catch Osama bin Laden, or maybe even sending in commandos on a pinpointed mission to apprehend him.

This is not the course the government took, nor the approach supported by most Americans. In particular, I saw almost the entire conservative movement, which I had felt a closer affinity to than the liberals and leftists surrounding me in college, becoming bloodthirsty collectivists calling for total war. The overwhelming majority of progressives joined in the cause, elevating Bush’s approval rating to about 90%.

On Fox News the night of September 11, a commentator said, “it’s time to let loose the dogs of war.” This sounded like insanity to me. How could a full blown war possibly be justified? The bad guys were a small group and the direct killers died in the attacks. Needless to say, although I went to sleep the night of September 11 believing the government should carry out its one primary function, defending life and liberty, I never embraced this collectivist ideology that allowed for the killing of foreigners who happened to live in the same part of the world as terrorists.

The Cycle of Blood-thirst and Bloodshed

Indeed, the 9/11 attacks were obviously blowback for U.S. foreign policy. This seemed completely clear to me, especially when our leaders pointed the finger at Osama, seeing as how he had always made clear that his grievances were rooted in U.S. policy in the Middle East. Sanctions on Iraq, military aid for Israel, troops in Saudi Arabia, and other U.S. interventions in the area had contributed to the deaths of over a million people in the last couple generations. Anyone paying attention had to know this.

And yet, of course the attacks of 9/11 were unjustified. They were terrorism. They were evil. They were murderous. Why can we say this? Because despite what the U.S. government had done to innocent Arabs and Muslims, these crimes could never justify acts of violence that predictably hurt innocent people. Yet the corollary of the very principle that renders 9/11 attacks evil is that the response to 9/11 must also at all costs avoid killing the innocent. Arabs responding to American crimes in their part of the world by attacking innocents is terrorism. Similarly, Americans responding to Arab crimes in our part of the world by attacking innocents is also terrorism. The bombing of Kabul, Afghanistan, in October 2001 was therefore murderous, no less so than the 9/11 attacks. The Iraq war that began in 2003 was, if anything, even less defensible.

This is not moral relativism. It is moral clarity. It is applying the same moral standards to all moral actors. Pro-war Americans lambaste anyone who dares have a “pre-9/11 mentality.” But this is an untenable criticism. It actually smacks of moral relativism itself. Acts that were immoral before 9/11 continued to be afterwards. Human rights are universal and timeless. 9/11 did not change the morality of killing civilians any more than it changed the nature of government.

The Biggest Terrorist Organization in the World

The nature of government, of course, is coercive and authoritarian. Even though I favored a forceful response to 9/11 to apprehend the guilty, I continued to see the government as the primary threat to liberty. This pre-9/11 mentality is informed by thousands of years of history. All those thousands of years of governments subjugating their peoples, more often exposing them to foreign threats than protecting them, should weigh at least as heavily as the emotional power of September 11, 2001. Much more happened in the world before 9/11 than after.

The week after 9/11 I remember thinking about how, even after the murderous attacks of 9/11, the U.S. government still had a far greater American death toll to answer for. It had killed many, many thousands through the FDA. It had killed hundreds of thousands in its wars, conscripting men to die for causes they might not believe in. In terms of liberty, the terrorists could never take that way. Only the government could. And it did, through airport security theater, destruction of the Fourth Amendment and habeas corpus, warrantless wiretapping, indefinite detention and torture, and trillions in taxes to pay for it all.

We have come to where perpetual war abroad, even in pursuit of bin Laden’s ghost, is accepted as a natural component of American reality. We surrender our dignity at the airports without thinking. We see the militarization of local police and figure it must be necessary and wise. We forget about the many prisoners locked up in American dungeons in Guantánamo and Afghanistan, people whose only crime could have been being in the wrong place in the wrong time, or daring to fight back against an invading force that was laying waste to their neighborhood and family. They sit there, languishing in barbaric conditions, totally neglected as unpersons, and the pure immorality of this neglect never registers in the mainline political discussions.

Before 9/11 I saw government as a necessary evil, the greatest threat to its own subjects’ life and liberty, but an essential bulwark of protection against domestic criminals and foreign aggressors. The experience shortly after 9/11 challenged this important element to this thinking. Bush’s wars in Afghanistan and, via the Patriot Act, on the American people demonstrated that even at its one most celebrated function, the state is the opposite of what it pretends to be. It doesn’t stop threats; it exacerbates them. It doesn’t shield freedom; its every action, particularly in the name of protection, undermines freedom. It does not defend life; it treats human life as an expendable commodity for its own ends. I no longer saw government as necessary or effective in defending its people.

Four years ago, a new presidential candidate won the presidential election. Here we are at the end of his first term and there is no sign of the stampede toward the total state letting up any time soon. Two major wars based on lies and propaganda that have hurt more Americans than 9/11 did, to say nothing of millions of foreigners killed, maimed or displaced from their homes; myriad military operations throughout the globe; thousands rounded up without justice and dozens tortured to death; the presidency adopting the absolute power over life and death over any individual on earth, and priceless liberties shredded on the altar of power without anything to show for it. But the experience has surely disabused me of my pre-9/11 mentality. Before 9/11, I was naive enough to think that government, however clumsy and dangerous at home, might protect us from foreign threats. Now I realize that is perhaps the biggest lie in human history.

Read More »
PrevPrevDeuteronomy 17:14-20 as an Ancient Limitation on Political Authority
NextWhy They Died in VainNext