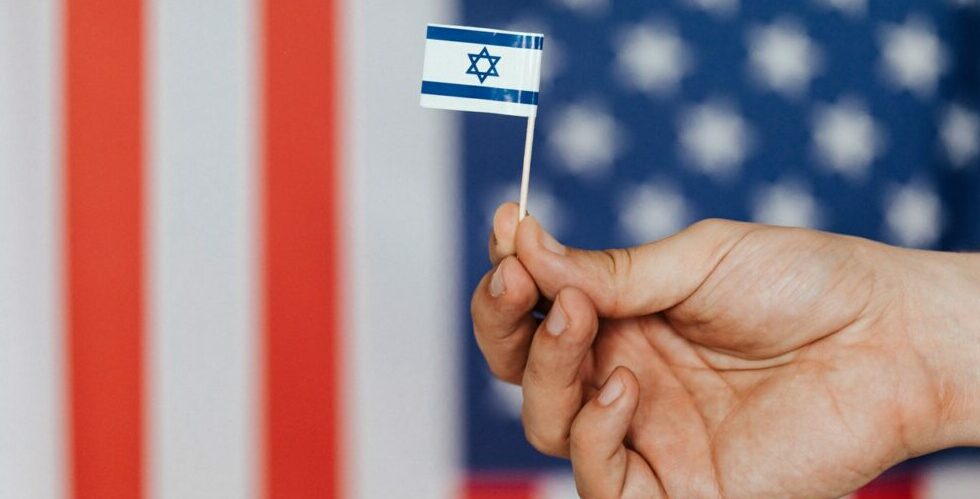 This guest post was written by Dawson Kiser. Dawson is a writer from Chicago Illinois. He recently graduated from Grove City College with a B.A. in Economics.

At the time of writing this article, Israel and Hamas have agreed to a cease-fire after 11 days of relentless warfare. Over 200 Palestinians were killed—including women and children—and over 1,000 Palestinians were injured. Following the cease-fire, President Joe Biden has promised to support Israel by replenishing their Iron Dome air defense system.

This should not come as a surprise considering Israel is the top recipient of US foreign aid. For many American Christians, it is assumed that the US should support and give military aid to Israel. A common sentiment is that Israel is God’s chosen people therefore we must support them at any cost. It is not clear that the modern secular state of Israel is the Israel of the Bible and it is not clear that the Christian should blindly support the state of Israel’s military actions.

The Israel-Palestine conflict has a complex history with intense religious and cultural tensions. It is not my goal to parse out all of the complexities. Rather, my goal is to demonstrate how wasteful the US foreign aid to Israel is and that there might be a better way to help this war-torn region.

According to the United States Agency for International Development, in 2019, the US gave $3.8 billion in foreign aid to Israel. Less than 1% of the $3.8 billion was for the economy and the rest of the funds were directly for the military. This was from the Memorandum of Understanding (MOU) that President Barack Obama signed, which states that the US agrees to give $3.8 billion to Israel in foreign aid every year until 2028. The MOU is not all the aid given to Israel. There is also what is known as Foreign Military Financing (FMF) and missile defense funding. Since the creation of the modern state of Israel, all the way to 2019, Israel has received $243.9 billion in aid.

Israel has received more aid from the US than any other country. From an economic viewpoint, this is an obvious waste. The US government increases taxes, and the federal reserve inflates to give Israel billions of dollars in aid. whether it is a tax that the public is aware of, or it is through inflation, the American citizen is still the loser. They lose money through taxation or they lose money through a reduction in the purchasing power of the dollar. Either way, they lose money that could have been allocated to a more efficient end.

As mentioned before, most of the aid is for Israel’s military. As we have seen in the 11 days of fighting, there was nothing but death and destruction. Whole city blocks have been destroyed and all that remains are fragments of concrete. Many Israeli and Palestinian civilians have lost their lives from weapons that were financed by the US. Potential entrepreneurs and investors are lost and from a Christian perspective, the sanctity of life has been transgressed.

After the cease-fire, President Joe Biden stated that he believes both the Israeli and Palestinian people deserve democracy and freedom. There are large amounts of aid that is annually sent to the middle east with the intentions of reconstructing war-torn regions and creating democracies. Following Israel, Egypt and Afghanistan are the 2nd and 3rd biggest recipients of foreign aid. To say that the results of this foreign aid policy have been poor would be an understatement. The US has relentlessly failed to successfully reconstruct or export democracy to this war-torn region.

Christopher J. Coyne says in his book, After War: The Political Economy of Exporting Democracy:

President Joe Biden’s statement that Israel and Palestine deserve a democracy is a common belief held by many Americans and politicians from both sides of the aisle. There is an American savior complex where the US must bring freedom to all regions of the world. Yet, Afghanistan has not improved, the Gaza Strip has not improved, and the list goes on and on.

The solution that Christopher J. Coyne suggests is free trade. Considering the extreme cultural tensions involved in the Israel-Palestine conflict, free trade improves diverse cultural relations rather than exasperate them in the way that top-down planning does. Coyne states:

“Cross-cultural trade has the dual effect of allowing cultures to simultaneously maintain and develop certain aspects of their unique identities while partially merging with other cultures and becoming similar in other aspects” (183).

What Coyne is suggesting is that free trade between diverse cultures is not a zero-sum game where one culture must submit to the other, but rather both cultures are unique yet cooperating for the mutual benefit of their society.

Egypt has devoted $500 million to reconstruct Palestine. In 2019, the US gave Egypt $1.5 billion in foreign aid. Since 1946, the US has given Egypt $143.8 billion in foreign aid. It is not far-fetched to suggest that Americans are the ones who are paying for the Israeli bombs and for the Egyptian reconstruction. There is no mutual benefit when the US gives billions of dollars of weapons to a country and allows that country to destroy cities and then gives aid to reconstruct the bombed ruins. This is simply a more violent rendition of the broken window fallacy. No wealth is being created and the cultural tensions are only increased.

The Israel-Palestine conflict is a topic with so many variables and strong opinions on all sides, but as Christians who strive to treat our neighbor as ourselves, we must strive to promote peace.