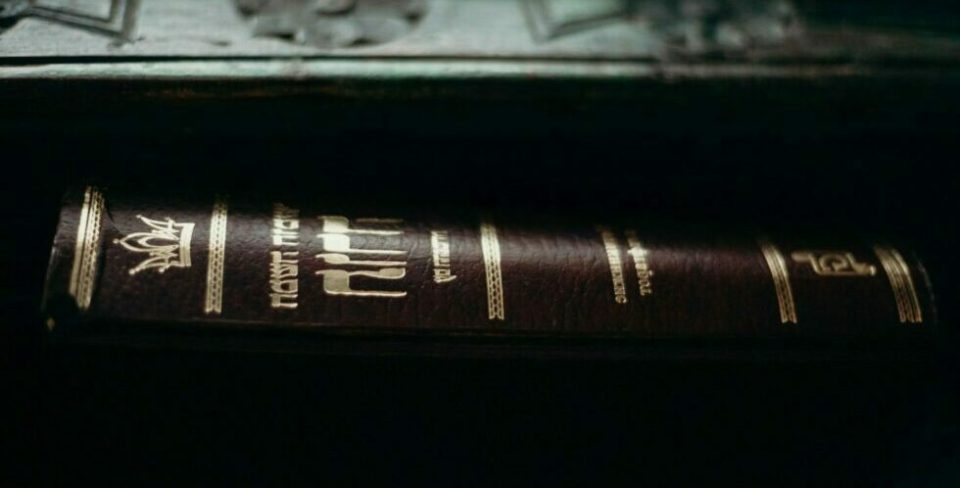 In the fifth chapter of the second book of his Two Treatises of Government, the British philosopher John Locke (1632-1704) declared simply that “every Man has a Property in his own Person.”[i] That is, we own ourselves.

The late Murray Rothbard identified self-ownership as fundamental, calling it a “universal right” and the “primary axiom” for a libertarian.[ii]

And yet, perhaps a majority of voices in traditional Judaism and Christianity today insist that we do not own ourselves, but rather that God does.

The notion that God owns our physical bodies and that we serve as guardians or stewards of them strikes most religiously observant Jews as self-evident, as a basic and simple principle of Judaism—at least in a philosophical or theological sense, though not necessarily in regular, daily life. As Yeshiva University’s Rabbi Dr. J. David Bleich, one of the foremost contemporary authorities and writers on Jewish law and medical ethics, states the matter, “Judaism recognizes divine proprietorship over all objects of creation, including the human body.”[iii]

Rabbi Yisrael Meir Kagan (1838-1933), one of the greatest rabbinic figures of the late nineteenth and early twentieth centuries, wrote that human beings and everything in the world belong to God. Discussing the laws of the Sabbath and the obligation to observe them, he wrote that “Since God is Creator of all, He is therefore Master over all, and we are His servants and are obligated to do His will and to serve Him with our entire body, soul and resources—for all belongs to Him.”[iv] Elsewhere he addressed the question of whether someone is required to comply with a doctor’s instructions to quit smoking for health reasons. In this regard, he asked, “How may a slave choose to do as he pleases if he belongs to his master?”[v]

Rabbi Elliott Dorff, a bioethicist and a leading contemporary figure in the movement of Conservative Judaism, similarly explains the traditional outlook: “The Rabbis assumed that human bodies were God’s property, which he leased for the duration of one’s life. If a person were to rent an apartment, he or she would not have the right to destroy it, but would have the responsibility to take reasonable care of it. In the same way, because a person’s body was on loan, one did not have the right to destroy it by suicide, but rather had the responsibility to take care of it.”[vi]

And yet, in the Hebrew Scriptures, although one will find verses confirming God’s ownership of the entire world, one will not find anything specific about the ownership of human beings or bodies. There is no simple, clear statement to the effect that the Lord Your God owns you and has given you your body on loan, for safekeeping, to be returned at a future date. The Oral Torah, consisting of the Mishnah and the Talmudic commentary upon it, likewise reveals no explicit statement of God’s ownership of our bodies. At least, I am unaware of any later commentator referencing such an assertion.

In the twentieth century, a fascinating debate erupted between Rabbi Shlomo Yosef Zevin (1888-1978) and Rabbi Shaul Yisraeli (1909-1995). The former penned an essay, “The Case of Shylock,” in which he sought to determine whether or not, according to Jewish law, Shakespeare’s Jewish character from The Merchant of Venice possesses the right to claim a pound of another’s flesh?! Whether or not Shylock can assert such a right depends upon whether or not a person owns his flesh, and self-ownership therefore figures as the pivotal issue in the matter. Rabbi Zevin brought sources to argue that because of God’s ownership of us, Shylock has no such right.

Rabbi Yisraeli countered, in part, that Jewish law clearly permits killing in self-defense and furthermore permits killing in warfare, but if we in no way own ourselves, then these would be prohibited. At the least, therefore, one might say that God’s ownership of our bodies comes with limitations. As human beings we must, at a minimum, from this perspective, share in the ownership of our bodies. In this way, we would become partners with God. Perhaps we have no permission to commit suicide not because we do not own ourselves fully, but rather because we have no right to give up God’s share—and there is no means of giving up our own share without at the same time giving up God’s share.

Rabbi Avraham Steinberg, in his definitive opus, the three-volume Encyclopedia of Jewish Medical Ethics, notes both approaches: “The other fundamental principle upon which the concept of informed consent is based is the ownership rights over one’s body. This principle is also not simply and generally accepted in halakhah [Jewish law]. Some Rabbis rule that a person has no ownership rights at all over his body. Other Rabbis rule that one cannot totally negate ownership over one’s body and that a person has partial rights over his body in partnership with the Holy One, Blessed be He.”[vii]

Of additional note, it might simply be unnecessary to invoke divine ownership to explain the various injunctions and prescriptions concerning the body in Jewish law. Rather, one can ground all these various prohibitions and obligations in at least one other principle: the sanctity of life created in the divine image. We learn in the book of Genesis that humans are created b’tselem Elohim, in the image of God.

Later on, the twenty-fourth chapter of Leviticus situates the laws of murder and maiming within the broader context of sanctity, including the sanctity of God, the Priests, and the Tabernacle (the desert precursor to the Temple in Jerusalem). This suggests that human life has value in itself—that murder and maiming, suicide and self-injury, may be prohibited not as a violation of God’s ownership rights, but rather over this basic value and sanctity. Furthermore, the fact that Jewish law interprets “an eye for an eye” as requiring monetary compensation for injury would seem to suggest we do own our bodies—otherwise why would a person be entitled to compensation for the loss of a limb?

And there are yet other principles that might suffice without requiring the invocation of Divine Ownership. One might ground the rules about self-harm and self-protection in recognizing an offense in destroying God’s creations or even in failing to sustain God’s creations. After all, we do not condemn murder and assault or identify them as simply wrong just because the murderer or assailant does not own the victim or the victim’s limbs! Such actions are prohibited in their own right.

Returning to John Locke, widely acknowledged as a foundational source for the libertarian notion of self-ownership, the philosopher actually demonstrated some ambiguity in the matter. The very same John Locke who wrote that “every Man has a Property in his own Person” also penned the following words: “For Men being all the Workmanship of one Omnipotent, and infinitely wise Maker; All the Servants of one Sovereign Master, sent into the World by his order and about his business, they are his Property, whose Workmanship they are, made to last during his, not one anothers Pleasure.”[viii] Therefore, according to the very expositor and perhaps primary source for the theory of self-ownership, we truly are servants of God and the property of God, and we are required to preserve ourselves and others. As Locke summarizes, basing himself on Reason as a Law of Nature, “no Man can, by agreement, pass over to another that which he hath not in himself, a Power over his own Life.” Perhaps Locke embraced a paradox or perhaps he had a sense of shared ownership, that God has ultimate authority over us, though nevertheless we own ourselves.

Alan Krinsky is a writer and a fiscal policy analyst. His book Running in Good Faith? Observant Judaism and Libertarian Politics was published in November 2020. In the book he considers whether a traditionally religious Jew could run for political office as a libertarian without betraying theological principles. Looking to the Hebrew Scriptures and later Jewish legal writings, as well as to libertarian and other sources, he examines such topics as freedom, property ownership, government, individualism and community, taxation and charity, and self-ownership. His book is available from the usual places: www.Bookshop.org (supporting independent bookstores), Amazon, B&N, and directly from the publisher (https://www.academicstudiespress.com/cherry-orchard-books/running-in-good-faith). Alan can be contacted at info@judaismlibertarianism.com or through his website www.judaismlibertarianism.com.