Where did all the Poor People Go? 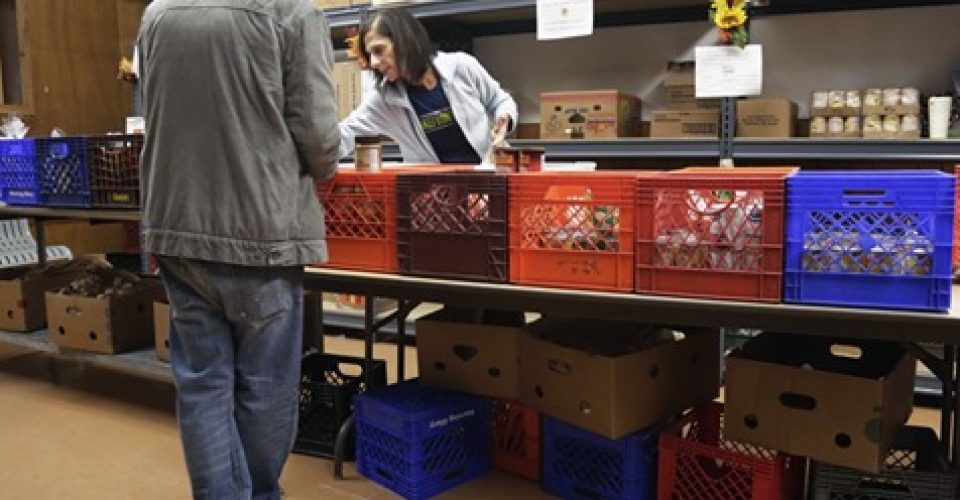 This entry is part 3 of 7 in the series Compassion, Not Compulsion: Why the Welfare State Fails to Lift the Poor

This is the third of 7 installments in our series, “Compassion, Not Compulsion: Why the Welfare State Fails to Lift the Poor.” This guest post is by Nathan Mayo, and was originally published on TrueCharity. Learn more about TrueCharity here.

“We normally see 30 to 40 clients a day,” said the manager of a Joplin, Missouri food pantry. “Since the pandemic, we’ve seen a sharp decrease in number of clients, sometimes as few as four a day.”

This is not what I expected to hear when I visited this food pantry to learn about their programs. But their experience is not an anomaly. From my conversations with other poverty-fighting organizations in southwest Missouri, some report a 50% or greater decrease in clients, which is particularly puzzling given that national unemployment rate has vaulted over 11%.

Many of these missing clients are chronically poor and suffer from a host of other hardships such as mental health problems, social isolation, abusive relationships, limited education, and financial illiteracy. Compassionate nonprofit staff and volunteers draw clients in by meeting their immediate needs and then engage them about their deeper issues. They leverage relationship and accountability to gradually move people from vicious cycles to virtuous ones. This development is tough, but the results are well worth the effort. So where did these clients go?

The nonprofit leaders shared with me the answer that I should have known already. I have personally received two large boxes of free food to my home, dropped off by a neighbor, who got them from a distribution center. My wife and I explained to her that while we appreciated the gesture, we were not in any financial need.

My neighbor insisted that she had to get rid of it. She likely received the food from the U.S. Department of Agriculture’s $19 billion COVID response program which purchases and distributes food for free through private foodbanks and also provides crop price support. This program was implemented in addition to the other means-tested food security programs that America already pays $68 billion a year to operate. Typical SNAP benefits (food stamps) have also temporarily increased by 40%. Add to these programs stimulus checks and expanded unemployment benefits— which are currently so generous that 68% of Americans are receiving more income from unemployment benefits than they ever were when they were employed.

While development-oriented nonprofits witness a decrease in clients, some nonprofits and churches have chosen to adjust to the truckloads of perishable USDA-supplied food by giving it out with no questions. It is now common practice to distribute food to people in their vehicles with no interaction to determine whether they need the food or whether they have deeper needs. At least some of that food ends up with people like me, who did not need it at all.

Some of it does end up with the chronically poor, it is often to their detriment as it draws them away from food banks with case workers who know them and can challenge them. Anonymously walking up to a truck is easier than answering questions about your GED classes or alcohol dependency. Some pantries see an increase in demand because they have gone to extreme lengths to unload the gargantuan piles of USDA food. Other charities who remain focused on ensuring that food is going to the right people, and that the non-food needs of the chronically poor are addressed are watching their ample stock of cans collect dust.

That is where the poor people went. Indiscriminate assistance has diverted many of them away from holistic, development-oriented nonprofits and enticed them instead with help that fails to incorporate any element of challenge. This geyser of well-intended but poorly-directed aid has real consequences. Among those who work with the chronically poor, stories abound of financially illiterate people spending pandemic relief benefits on down payments for vehicles they will not be able to afford in a few months. One student who entered a local long-term rehab program admitted that his stimulus check had inspired a spending spree and a relapse of alcoholism. Indiscriminate relief is crowding out true development. The poor suffer in the end, and we can do better.

This harm is not a necessary side effect of pandemic relief. There are numerous ways to provide focused aid that will not sever the chronically poor from their social sector allies. For economic stimulation, payroll tax holidays are better tailored than stimulus checks, because they encourage work and do not result in windfalls to people with limited ability to use that windfall wisely. For unemployment benefits, standard benefits are already targeted to allow people ample time to find a new job, while giving them motivation to be serious about that hunt.

Massive food distribution is simply unnecessary. We already have both public and private food assistance programs for the poor with visibly unused capacity. Furthermore, if the government did not buy up excess produce, prices would likely fall in line with the rest of the falling world food prices, such that the average American family could save $20 to $80 a month on food costs, and fewer of them would be food insecure in the first place.

There are millions of Americans who struggled with poverty before the pandemic and who will struggle with it after it ends. Unfortunately, our national fervor to “do something” is undermining the efforts of skillful nonprofits dedicated to the long-term success of impoverished Americans. Those Americans need more than a handout; they need to know someone who cares.

Nathan Mayo is Director of Member Services for True Charity Initiative. This article was originally published in the Washington Examiner on August 6, 2020. For an example of an alternative method employed by Watered Gardens Ministries, a True Charity-certified organization, visit this link.
Want to learn more about the principles of True Charity?  You can at True Charity University, an online learning platform offering interactive at-your-own-pace courses that help fine-tune your charitable practices, ensuring they help rather than hurt those in need. Visit university.truecharity.us to get started!