Charity is no Part of the Government 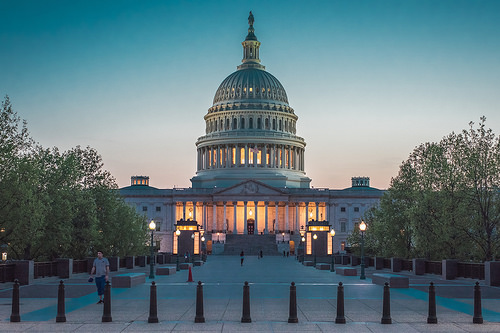 I was in a meeting with some people who work for a government-funded organization that helps other organizations get funded by the government. I hope that sounds strange to you. It should. The conversation was cordial enough but certainly had its tense moments like when I bluntly declined to participate with a group that strategizes to take tax dollars for the work of charity. Unfortunately today, the position that charity should be privately funded is often ridiculed as unrealistic. But that position is nothing new as is the temptation for legislators to appropriate someone else’s earnings to provide relief for strangers in need.

Less than 20 years after our nation’s founding, a debate arose in the House of Representatives as to whether the US government should provide relief for Haitian refugees pouring into New England. The recordings of that third congress revealed compassion was the driving force to consider whether the sum of $15,000 should be spent from the Treasury to aid those escaping a war-torn Haiti in the midst of revolution. James Madison’s dissent was clear: “Charity is no part of the legislative duty of government. It would puzzle any gentleman to lay his finger on any part of the Constitution which would authorize the government to interpose in the relief of…sufferers.”

Was Madison heartless? Did his solid stance against government aid reflect an indifference to the suffering of others? Not at all. In fact, he pressed on to consider other ways to care for those refugees without compromising his principled Constitutional position. For those who had fought for freedom against the oppressive rule of a large and expansive government, their newfound liberty demanded this one remain small and limited. The state was to remain laissez-faire, hands-off in the affairs of men, providing only a simple framework of law and order upon which a free and flourishing society could be built; one in which each person was unrestricted to speak his mind, build his dream, defend his family, and to be charitable toward his neighbor in need.

What happened? Only a handful of generations later, that strict constructionist and limited government perspective has given way to a contagious dependency on a massive federal system whose gross overreach feeds the masses but never solves the problem. Instead, true charity that flows out of compassion, selflessness and love for neighbor is crowded out by a seemingly endless supply of state aid that incentivizes its recipients to remain sick and poor.

So why is it nearly every day, one can find another news piece decrying the proposal of federal cuts to various relief programs? Government programs that feed, house, help tutor, even programs that help people travel are all on the cutting block. Are we stuck in a box of believing government is required for us to help our neighbor? Are our community’s relief programs so dependent on government subsidy that they can’t stand alone with local support? Are we to believe that if a government program loses its funding, a more effective form won’t resurrect by the courage of a compassionate community? I don’t.

To conclude that a good work funded by the government needs government funding is to forget there was a day when the government wasn’t so necessary to do good work. There was a time when the expectation for government to feed the hungry, provide shelter for the homeless or clothe the poor was nil. It was once the work of charity. For nearly two decades I have witnessed the work of true charity rescue countless people from the streets, deliver hope and freedom to the addicted, restore families that were broken and put people back to work.

It’s foolish to put faith in programs afforded by a government that can’t afford them. Neither should we fear their end. Instead, let’s put our faith in God and the power of a community that cares. My experience tells me we have reason to believe.

By James Whitford, published in the Joplin Globe on April 30, 2017