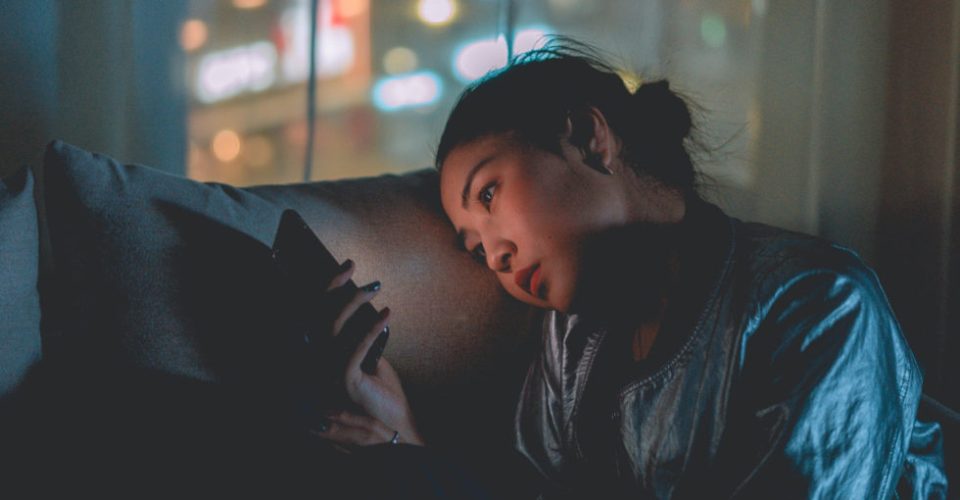 This entry is part 4 of 7 in the series Compassion, Not Compulsion: Why the Welfare State Fails to Lift the Poor

This is the fourth of 7 installments in our series, “Compassion, Not Compulsion: Why the Welfare State Fails to Lift the Poor.” This guest post is by Savannah Aleckson, and was originally published on TrueCharity. Learn more about TrueCharity here.

I was reminded of the lost art of “truth in love” recently while volunteering with Watered Gardens Ministries’ overnight shelter. As I listened to a homeless man confidently share about the quality of his romantic relationship, I noticed some red flags. So, I asked him a tough question: I asked him how he knew their relationship was as healthy as he said.

Immediately, his eyes glazed over and, wordlessly, he pulled his phone out and began scrolling absentmindedly. He ignored my presence and left my question hanging in the air, unanswered. It made him uncomfortable, so he dodged it—and his smartphone made it easy.

Jobless and staying at a homeless shelter, how could he afford such a phone? It looked a lot like mine: a touchscreen that clearly came with data as he scrolled through social media. A cursory glance over the shelter dining area revealed that he was not the exception; many residents stared listlessly at their own screens.

That man and other shelter residents can have smartphones courtesy of a government program called Lifeline. The Federal Communications Commission (FCC) implemented the Lifeline program in 1984 to help low-income households with what was deemed an essential service: phone access. It originally covered a small portion of low-income residents’ landline phone bills. But, over time, the program ballooned, with greater benefits for an ever-increasing number of people—now, many low-income people qualify for free smart phones with free or very cheap service plans, complete with unlimited talk and text and free data. The government imposes a tax on phone companies to pay for the program. The phone companies then pass the expense off to their customers via the Universal Service Fund, an additional charge on every conventional customer’s phone bill.

That night, I spoke with two other residents interested in joining the Forge, Watered Gardens’ long-term men’s program. I encouraged them to join—what could be better for these men than a program that promoted virtue, work, and self-sufficiency? But both expressed trepidation, which I pressed them on: Why choose the path of chronic homelessness over the path out of poverty? Both men cited the same reason: “I couldn’t give up my cell phone.” Participants in the Forge program are asked to give up their phone for six months to enable a distraction-free environment.

That evening at the shelter, I kept thinking: unintended consequences. On the surface, Lifeline seems to be a good and even necessary program. What could be wrong with providing low-income citizens with means to call about job opportunities, schedule doctor appointments, and stay connected to family?  But the insidious problem lies in the risk of addiction and its concomitant issues.

Phone addiction is not limited to the poor. A 2015 study in the Journal of Behavioral Addictions discovered a significant correlation between the extent of smart phone use and depression among university students. However, the negative effects appear to accrue disproportionately to those at the bottom of the socioeconomic scale. Other studies link heavy phone usage with anxiety, depression, and social isolation, maladies which already disproportionately affect the poor. Robert Putnam, in his ground-breaking book Bowling Alone, indicates that social isolation is especially harmful to the economically disadvantaged; conversely, strong social connections, particularly outside an impoverished person’s socioeconomic tier, are invaluable in their potential to leverage him or her out of poverty. Indeed, the poor have the most acute need for the benefits afforded by a variety of real social connections, including better work opportunities, a sense of community and belonging, and an improved outlook on life—and significant evidence shows smartphones inhibit our ability to make these vital connections.  Is it compassionate to provide a device that’s strongly linked with depression and social isolation to a group that’s particularly vulnerable to those afflictions?

Such research, and experience, indicates that free cell phones harm the homeless more than help them. If Lifeline is going to spend over 20 billion dollars in less than 20 years on subsidized phone service to the poor, perhaps the burden of proof that the program is both necessary and effective is on them. If they can deliver service to 7.5 million people, surely they can afford to run a small randomized controlled trial to determine whether the program is a line pulling people out of poverty or an anchor dragging them beneath the waves.

The Lifeline program is a sobering reminder of what seasoned poverty fighters know well: well-intended interventions don’t always have the hoped-for result. That which was intended to release the poor from unemployment and isolation may be fostering them. The devices’ ensnaring effect was evident: mastered by their phones, the homeless residents were like automatons, drifting through days, lulled into missing a vibrant and opportunity-filled life, victimized by unexamined good intentions and their unintended consequences.

This article was also published on RealClearPolicy.com on December 7, 2020.

Did you like Subsidizing Isolation: Unintended Consequences of the FCC’s ‘Lifeline’ Program?
You may also like These Posts:

Read More »
PrevPrevEp 219: Thoughts from Maharrey Head: An Unscripted Episode with Mike Maharrey
NextWeekend Insights – Give it to me straight, Doc.Next