Does Romans 13 Teach That Christians Have Permission to Kill For Their Government? 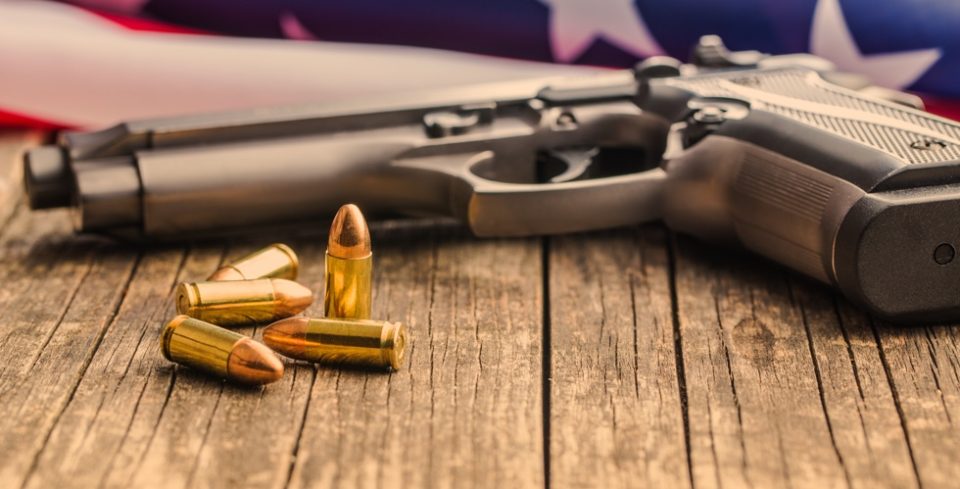 This guest post is by Tyler Boyd, and was originally published on The Christian Exile website. Tyler is from Olive Branch, Mississippi.

It is my conviction that since the fourth century AD, the frequent misinterpretation of Romans 13 has done more to harm the reputation of Christianity than perhaps any other misinterpreted scripture.

Every person is to be in subjection to the governing authorities. For there is no authority except from God, and those which exist are established by God. Therefore whoever resists authority has opposed the ordinance of God; and they who have opposed will receive condemnation upon themselves. For rulers are not a cause of fear for good behavior, but for evil. Do you want to have no fear of authority? Do what is good and you will have praise from the same; for it is a minister of God to you for good. But if you do what is evil, be afraid; for it does not bear the sword for nothing; for it is a minister of God , an avenger who brings wrath on the one who practices evil. – Romans 13.1-4

This scripture is used to support the idea that Christians have a “dual citizenship.” That is, since God set up government, and since they do not bear the sword in vain, Christians have obligations both to God and to the government. These obligations do not conflict with one another since government authorities have different responsibilities than private individuals.

This has been the dominant way of understanding Romans 13 ever since the Catholic Church came into political power in the late 4th century. But this is not what Romans 13 actually teaches. In fact, Romans 13 teaches nearly the opposite.

What is Wrong with the “Dual Citizenship” Idea?

Before looking at Romans 13, these three things should cause us to pause before accepting the dual citizenship interpretation.

Contents show
1 The way the New Testament describes Jesus
2 What Jesus taught about love for enemies
3 Does Romans 13 Make An Exception?
3.1 “Institutes” does not mean “approved”
3.2 Not bearing the sword in vain is not the same as “not sinning”
3.3 Context, Context, Context
4 Conclusion

Jesus didn’t have divided loyalties. Rather, Jesus was executed by the Jewish and Roman authorities because they viewed Him as their enemy. Jesus did have lots to say that should impact the way a Christian approaches politics, but Jesus never sought a political office or political reform. Jesus served only one Master.

Also notice the language that the early Christians used to describe Jesus. In the early Roman Empire, the unifying slogan was “Caesar is Lord.” When Christians confessed “Jesus is Lord”, this not only made a statement about Jesus, it also made a statement about Caesar. If Jesus is Lord, Caesar is not.  They didn’t have two sets of loyalties; they had one. This was the primary reason Christians were thrown into prison and persecuted by their government.

What Jesus taught about love for enemies

Jesus’ teachings about love for enemies rule out any possibility of allowing that love to be qualified by anyone or anything.

You have heard that it was said, ‘You shall love your neighbor and hate your enemy.’ But I say to you, love your enemies and pray for those who persecute you, so that you may be sons of your Father who is in heaven; for He causes His sun to rise on the evil and the good, and sends rain on the righteous and the unrighteous. – Matthew 5.43-45

This undermines the idea Christians must do good to their enemies, unless they are acting in the political realm, in which case they are allowed to bear the sword against them. Unqualified, enemy-love, is the identifying mark of those who are sons of their Father. As soon as we look for a time when it is “okay” to not love our enemies, we have ceased to love the way our Father loves.

What Jesus taught about resisting evil

You have heard that it was said, ‘An eye for an eye, and a tooth for a tooth.’ But I say to you, do not resist an evil person; but whoever slaps you on the right cheek, turn the other to him also. – Matthew 5.38-39

When Jesus said “Do not resist an evil person,” He didn’t mean Christians are to be passive and do nothing in response to evil.  The Greek word translated “resist” specifically refers to violent resistance. It means that Christians aren’t to respond with an eye for an eye, a tooth for a tooth, a bullet for a bullet, or a bomb for a bomb. Christians can and should resist evil by getting involved and even laying down their lives if necessary, but they aren’t to respond to violence with violence.

Supporters of the “dual citizenship” idea sometimes look to the Old Testament to defend their position. Jesus recognized that the Old Testament commanded just retaliation. But Jesus commanded His followers not to follow that principle, but rather to love the way the Father loves.

Does Romans 13 Make An Exception?

Romans 13 is often used to make two closely related points. 1) While God doesn’t approve of private retaliation, He does approve of governments when they bear the sword. 2) Therefore, when Christians bear the sword against evildoers as agents of the government, they are not sinning.

Next time you hear Romans 13 used in this way, consider these three points.

“Institutes” does not mean “approved”

The Greek word translated as “institutes” is “Tasso”. Strong’s Exhaustive Concordance defines Tasso as “to arrange in an orderly manner.” Thayer’s Lexicon defines it as “To place in a certain order, to arrange, to assign a place, to appoint.” “Tasso” cannot be translated as “created” or “approves of”.

Romans 13 builds on the Old Testament teachings about how God uses pagan governments to accomplish His will. God used nations such as the Assyrians and Babylonians as His ministers, but continually made it clear that He did not approve of the violence of those nations.

Romans 13 doesn’t teach that God “approves” of governments. Rather it teaches that God takes them as they are, whether good or evil, and arranges them in a way which serves His purposes. God arranges them to avenge the one who practices evil for the good of His children. Therefore governments do not bear the sword in vain.

In this context, when Paul writes that governments “do not bear the sword in vain”, this means that when governments wield the sword of violence, God arranges them to ensure that their violence is not without purpose.

God can make all things work together for the good of those who are called according to His purpose (Rom. 8.28). In the context of Romans 8, this includes persecution, distress, famine, nakedness, peril, and sword. No one would argue that persecution “is good” or “has God’s approval”, but God can use horrible things to work together for the good of His children. They are not in vain.

In the same way, governments do not bear the sword in vain. But there is not one word in Romans 13 that can be used to suggest that Christians have permission to bear the sword against their enemies without sinning.

If we read Romans 13 in context we can see that Paul is actually teaching something opposite of the “dual citizenship” idea.

Bless those who persecute you; bless and do not curse… Never pay back evil for evil to anyone… Never take your own revenge, beloved, but leave room for the wrath of God, for it is written, “Vengeance is Mine, I will repay,” says the Lord. “But if your enemy is hungry, feed him, and if he is thirsty, give him a drink; for in so doing you will heap burning coals on his head.” Do not be overcome by evil, but overcome evil with good. – Romans 12: 14, 17, 19-21

Like Jesus, Paul offers no qualifications to enemy-love. We are to love all of our enemies, all the time, without exception. Christians are to leave all vengeance to God. This is the same Greek word (ekdikeos) used in Romans 13.4 to describe what God uses governments to accomplish.

How does God execute vengeance on our enemies?

[Government] is a minister of God, an avenger (ekdikos) who brings wrath on the one who practices evil. – Romans 13.4

God uses governments to do the very thing He forbids Christians from doing. Christians are never to execute vengeance. We aren’t allowed to do that.

Romans 13 must not be used to encourage Christians to bear the sword for their government against evildoers. First of all Romans 13 does not teach God’s approval of governments when they bear the sword. And even more importantly, no Christian should ever offer any service to their government that would cause them to compromise their commitment to Christ. As Christians, we have sworn off all vengeance against our enemies. Vengeance belongs to God, and God uses governments to bring it about.

Christians do not have dual citizenship with dual allegiances and dual sets of responsibilities. Yes, in a legal sense, we do have citizenship in an earthly country. But when it comes to our allegiance, we are to proclaim that Jesus is Lord (and Caesar is not).

Did you like Does Romans 13 Teach That Christians Have Permission to Kill For Their Government??
You may also like These Posts: