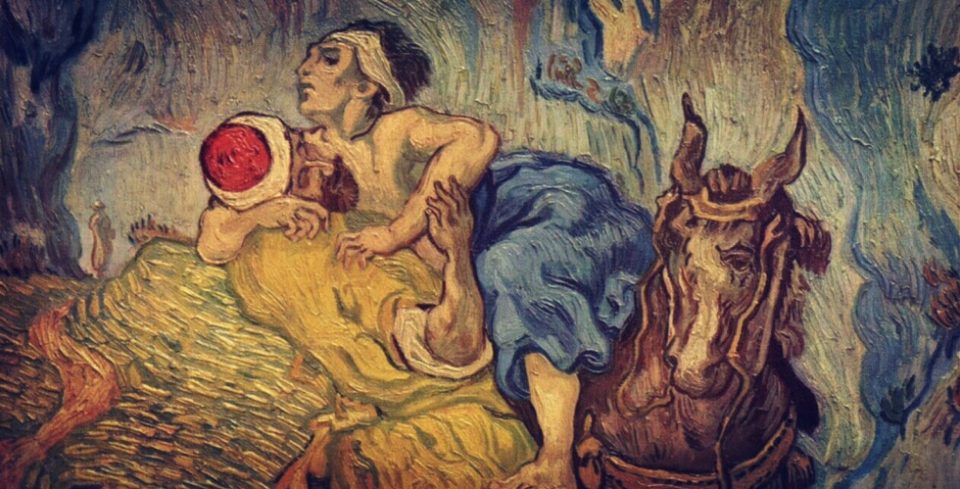 We sometimes hear conversations which contain claims like, “Jews are so sneaky,” or “Christians are so intolerant,” or “Asians are so smart,” or “Blacks are so violent.” Imagine this type of thinking with a political platform and, thus, the power to affect our everyday lives. Elevating these absurd generalizations to the level of social control is identity politics, and both the right and the left are more or less guilty of doing so.

As my name betrays, I’m an Indian, and no other disease has plagued India more than identity politics. The Hindu-Muslim riots in the state of Gujarat, the persecution of Christians in the state of Orissa, and the communal clashes in Central India are testaments to what happens when the rhetoric of identity politics spiral out of control. Mobs are unleashed on the streets, properties are destroyed and looted, heinous crimes such as lynchings and hackings are committed; the list goes on and on.

Once we look into the phenomenon of identitarianism through an anthropological lens, we realize that it is really a mimetic game designed by the statist priesthood and foisted upon a populace overwhelmingly-sensitive to differentiation. This is a game that has evolved through an age-old sacrificial system which seeks to divide people, secure votes, reinforce stereotypes, diminish the complexity of personhood, perpetuate violence, and sacrifice people on the basis of their group identities.

Human beings are an innately-mimetic species. We imitate our models and tend to turn them into our rivals once we start imitating their desires. Within a group mentality, the rivalry is magnified all the more and a crisis emerges. Victor and victim switch roles throughout the duration of the crisis. Eventually, a scapegoat is chosen by the warring groups and a sacrifice is conducted in order to bring the parties together (that is, until the reemergence of another rivalry).

The statist culture which keeps us entangled in mimetic rivalry is the most powerful religion of our time. Its priesthood invokes the sacred mantras of anti-racism, anti-sexism, equality, humanism, etc. so that they can reinforce boundaries and keep us in check. We are kept eternally-busy in conflict and therefore kept away from desacralizing and exposing the government (which masquerades as the model for our conscience).

One problem with worshiping the state is that the worshiper is not much unlike the object of worship. Let us not forget the endless wars fought on the pretext of believing that we are the moral superiors while our ‘enemy’ is morally-corrupt. We are only as good as the state we worship; we end up inheriting its coercive and violent ways, and identity politics exemplifies how statist violence runs down and blends into popular culture.

Statist identitarian culture wants us to believe that those who don’t conform to the state’s will and patterns of thought are mythical monsters. But deep inside, we know that there are no monsters except the monsters within us, and they manifest all their ugliness when we form identity groups for the purpose of persecuting and fighting other groups.

Is there any way out of this chaos? The answer is a resounding ‘Yes!’ The apostle Paul wrote about a way in which “there is neither Jew nor Gentile, neither slave nor free, nor is there male and female” (Galatians 3:28). Some two thousand years ago, a Nazarene carpenter — the one Paul imitated — told us to, “love your neighbor as yourself.” And when questioned about the identity of the neighbor, the Nazarene told a story:

“A man was going down from Jerusalem to Jericho, when he was attacked by robbers. They stripped him of his clothes, beat him and went away, leaving him half dead. A priest happened to be going down the same road, and when he saw the man, he passed by on the other side. So too, a Levite, when he came to the place and saw him, passed by on the other side. But a Samaritan, as he traveled, came where the man was; and when he saw him, he took pity on him. He went to him and bandaged his wounds, pouring on oil and wine. Then he put the man on his own donkey, brought him to an inn and took care of him. The next day he took out two denarii and gave them to the innkeeper. ‘Look after him,’ he said, ‘and when I return, I will reimburse you for any extra expense you may have.”
Luke 10:30-35 (NIV)

The parable of the good Samaritan is a stellar counter-narrative to identitarianism. Instead of making identity paramount, it raises the ‘other’ to his/her true identity as a valuable human being in Christ.

The state and its warmongering worshipers wants us to ‘otherize’ our neighbors, but it cannot be so when we are worshiping the God who was himself ‘otherized’ by frenzied identitarians and statists. Keep in mind that Samaritans were one of the most despised groups living in Jesus’ day. Yet Jesus elevates this despised man by giving him not only a human, but a Christ-like face, thus shattering identitarian stereotypes.

Looking at the parable of the good Samaritan, we realize that Jesus’ way of voluntary help is far more effective at uplifting victims than the identitarian ways of the state. While the identitarian is interested in uplifting victims only to an extent (and always at the expense of others), the Jesus-imitator not only rescues the victim and provides refuge, but also continues to help regardless of group identity.

Read More »
PrevPrevDoes Romans 13 Teach That Christians Have Permission to Kill For Their Government?
NextEp 79: Will A.I. Displace Human Labor? with Jay RichardsNext