Going Back Toward a Durable Society 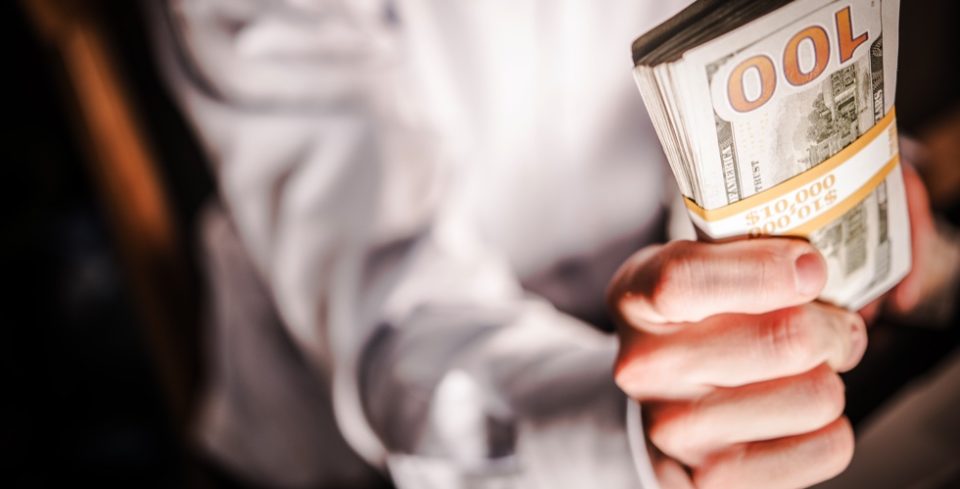 If complete slavery is defined as full forceful control over one’s actions by another person or persons, then taxation is a lesser degree of slavery. There is no clearer example of the common denominator of tyranny which marks all political structures past present (and, may God forbid, those yet to come) than the practice of taxation.

If one recognizes that any real service can only be provided through the free markets of things and ideas, it becomes evident that government ‘services’ are also included in that analysis. All true services can be offered only through the natural and free (unencumbered) market. Ideas nurtured in an individual’s mind are made into physical reality through the employment of capital (surplus wealth) in order to create new wealth.

The economic phenomenon known as ‘the market’ is the only mechanism that can create new wealth from a thought: a God-mirroring activity granted by the Creator to every individual.

When a decision-maker of a state intends to provide a ‘service,’ the state must first seize the idea or functional technology from its owners or creators. To then pay for the implementation of this service, it must raise capital. It is in its ability to accumulate capital that a state has a singular ‘advantage’ over a free market company; the state can ‘raise’ capital through taxation. It is far easier to ‘raise money’ at gunpoint than it is by a convincing sales presentation.

Looking back to the North American colonists of the 17th and 18th centuries, we see an intellectual and spiritual mindset that became the idea we know today as the United States of America. The milestone articulation that embodied the ‘American Idea’ was published in 1776 as an elegant Declaration of Independence. It was the first time in history that the simple and fundamental truth that each of us is created as sovereigns was recognized in a political document. This statement was audaciously addressed to King George III of England, who by English tradition claimed that he was the only sovereign (including of the colonists).

The realization that each of us has the right to individual liberty was a fork in the road of history. With the Declaration, the colonists perceived themselves as living in a free and functional society. Recognizing this condition, they in a solemn and deliberate right-hearted action devised a Constitution to define and protect their enlightened discovery. Even this benign attempt at a government, separate from the colonists as individuals but to which they were the intended benefactors (rather than subjects), has plainly failed. Once a state is established, it proves to be an all-consuming and terrible juggernaut.

As a scientific hypothesis, we may consider political governance a social device to promote ethical conduct and optimize enterprise. Employing the Scientific Method, we must test our hypothesis. Conveniently, many governments of varying structures — tribal, monarchical, dictatorships, democratic republics, and so on — have been attempted. None have survived as instituted more than a few generations, and most far fewer. All have lesser or greater degrees of ternary. Each shares the same ‘technologies:’ claiming individuals as subjects or citizens, taxation, confiscation, production management by enforced regulation, impeding generational wealth accumulation, currency monopoly, the military draft, and usurpation of individual sovereignty. These attempts have proven unsustainable, and require force to continue as long as they do.

Our test samples indicate that governance by force does not meet our sought-after goal of a “Durable Society.” To continue to employ political governance in light of the continual failure of states is, as Einstein postulates, the definition of insane behavior.

Not yet wholly tested, there is a distinct, simple and scientifically-supportable solution that might be a candidate for long-term testing; one proven by millions of transactions daily. It is the natural, free market which satisfies the needs of billions. Well-tested in the arenas of commerce, design development, and production, the market has yet to be tried in the modern field of ‘non-political governmental services.’ Perhaps it is the solution before our eyes.

How well might it do in the field of private governance? In reality, even state-sponsored government services are often implemented through the market; the state has merely adopted the position of broker and financier. As a broker, it establishes endless unneeded services (most of them a strain on private production). As a financier, it confiscates capital through taxation (further reducing production). Could the market mechanism, which performs so well in all other applications, possibly do worse than a state?

Of course, those individuals who make up the state are unlikely to give up their positions and financial security voluntarily. Citizens receiving unearned benefits are less likely still to abandon their reliance on the state. Through the conspiracy of the vote, there will be a tendency to maintain a state structure until it disintegrates under its own self-serving, self-made burden. So how might an experiment be devised to test a market solution?

If at least a few (or even one) government services usually monopolized by a state could be successfully achieved through private enterprise, the state might discontinue that service insofar as there would be reduced public pressure to supply that service. The most potent (yet feasible) example would be the implementation of private money. Bitcoin, as an early such venture, has shown itself to have a strong potential for storing wealth (a paramount feature of money).

Of course, a money monopoly is too essential to the control of resources and manipulation (interference) in the economy for the state to abandon it without profound resistance. However, the underlying technology of digital currencies might harbor the solution. That is, the accounting and title registry protocol known as Blockchain, as well as the more recently-introduced (and perhaps superior) technology Hashgraph.

The Blockchain is a stunning technology which eliminates the trust dilemma. No central third party is necessary, nor is it required for the participants to trust one another. Another feather in anonymity. Further, it provides positive ownership identification — the title — of any property or capital (including intellectual capital). Finally, every transaction is open and available to every participant, and each transaction is verified for all to see. The blockchain technology which supports Bitcoin has all the requirements necessary to undergird the privately provision of any service, including any ‘government service.’

Will those of us who recognize and love individual liberty daringly embrace this revolutionary technology? Might this innovative accountancy be the next test to validate our goal of a peaceful, Durable Society? A society wherein each of us owns and freely controls his property? Let’s see.