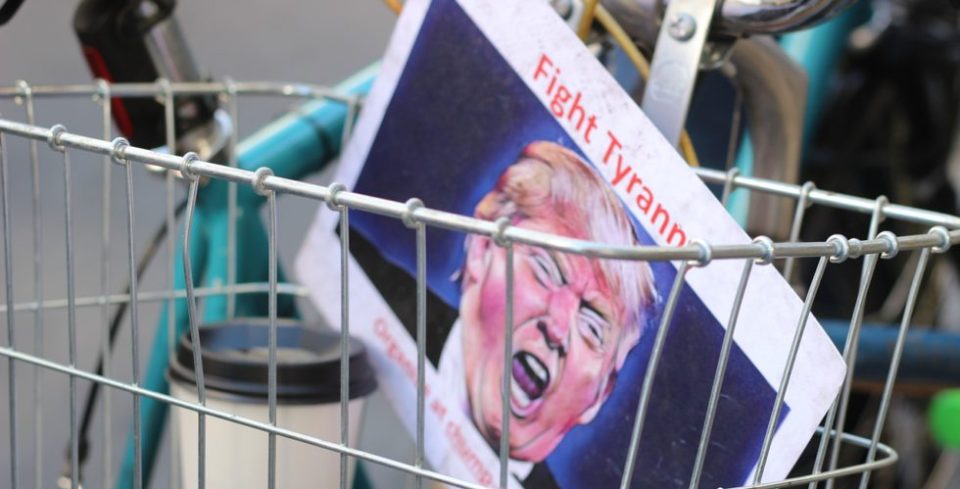 “You don’t have to agree with trump but the mob can’t make me not love him.” – Kanye West

Forget petty politics for a moment. Kanye West’s recent statement on Twitter defending his love of Donald Trump is one of the most eloquent descriptions of a two millenia long struggle in humanity to self-actualize by remembering its origins while forgiving and building a future based on nonaggression and non-vengeance.

In Kanye West’s world, let’s call it Rap-Pop-Fashion-Fame Media Land, celebrities must always walk a tightrope of crowd appeasement—they have to be different enough to stand out, but not too different that they trigger a mob frenzy based on envy and fear. Try as they might, celebrities realize that the avatar they become ends up consuming them: one cannot have a direct person to person connection with the consumers of their art, but must always appease powerful gatekeeping groupthink forces manipulated by record companies, agencies, fashion cliques, radio and TV executives and political ideologies. In a recent interview with TMZ, Kanye once again alluded to this reality when he mentioned trying to do liposuction to make the media mediated public perception of him acceptable. On the pharmaceutical ad-supported TV broadcast of TMZ Live, West even had the audacity to question the absurd all-too-common tragedy of his hospital experience loading him with even more pharmaceuticals to deal with a nascent opiod addiction.

Think of the world Kanye is trying to “break through” as a ruthless game of blood sport entertainment of rising and dying stars on a worldwide stage: like pro-wrestling. Like wrestling, this game operates with certain characters being designated bad guys (called “heels”) and good guys (“babyfaces”).

In Rap-Pop-Fashion-Fame Media Land there are certain taboos stars, ever-teetering on the mob consuming them at any wrong (or media massaged perception of wrong) move, should never cross. One sacred line never to be crossed is for a member of the babyfaces to show friendship to a member of the heels.

The conservative right has been playing the heel faction for decades in Rap-Pop-Fashion-Fame Media Land. Their side tends to mirror the groupthink of the dominant hegemonic leftist faction, but they are relegated to the “off-brand” institutions like AM radio, Internet sites flagged by social media, and one gaudy cable news network. The hegemonic leftist faction has everything else, including the all-important curriculum and bureaucracies of education and college.

Politics is like a society-wide game of scapegoat ping pong in which half the country gets a scapegoat-god-king-role model to vicariously place their feelings and hopes while the other half languishes all their daily fears, hates, and resentments onto the ruling faction’s backs. This ridiculously stupid game is repeated ad naseum while government gets bigger, crony media and corporations protected by government get bigger, unnecessary wars and drone strikes continue unabated, and millions of people of all colors and creeds are thrown into human assault cages we call prisons for nonviolent behavior (no victim can be named in the police report).

Leftists promise that if they could just vanquish their stinky, old conservative heels, they could coddle their victim coalition with more state control over their healthcare, medicine, jobs, ideas, speech, and energy choices. Incidentally, the cities most tortured with perpetual incarceration, broken families, perpetual poverty, and hopelessness are the urban centers ruled monolithically by leftists for generations.

The conservative heels do a little better on some issues, but ultimately are doomed to fail so long as they continue to mimic their dominant leftist rivals’ love for power and collective coercion to solve problems in society. In other words, as long as they cling to the state and in so doing, legitimize its sacred right of initiating violence against nonviolent persons at home and abroad.

Many cannot bear to let others see them mentioning his name, preferring to call him 45 to obfuscate his humanity. Make no mistake, Trump was a babyface faction-tolerated friendly heel character that was acceptable as long as he knew his place as a tabloid game show host caricature of rich white billionaires obsessed with materialism. But the moment he took his act into the regal sacred theater of politics and did not fold his mouth in line with the rules, the media, and the third of the country that believes whatever it tells them, lost their collective minds. In a world where people must attain power and status by pretending that they are not interested in self-worship or glory, Trump ripped the veneer wide open. His vulgar rhetoric and scorched earth style refuses to hide the knife of the heretofore victim coddling, pious language of politics and state power.

His greatest sin for which there is an ongoing soft coup in Mueller’s sham investigation is that he failed to stay on script for the West’s biggest bogeyman left on the world stage. Trump dared to offer a vision of friendship with a semi-autonomous nuclear Russia. With a trillion dollar annual foreign policy budget and security complex to maintain, even the whiff of non-compliance with the status quo of stupid saber rattling for no reason could not be tolerated. What is the American state for, if not to go abroad in search of expensive monsters to destroy?

And so the crony capitalist-funded media outlets have spent the last few years inundating the population with 24/7 lying, fear-fueled, green with envy hatred for Trump. As someone who rejects statism completely, I am farther from his ideology than they, and yet I can see clearly how ridiculous and vapid the entire hate fest is.

Trump offered friendship with Putin and receives 24/7 partisan hack news attacks. Now Kanye receives a media assault of fear and hate for loving Trump. Just like feminist Cassie Jaye was attacked by her fellow feminists after she made the movie The Red Pilland tried to reach out and listen to her enemies in the men’s rights movement. Just like my friend Daryl Davis, a black blues musician who was attacked by fellow civil rights activists after he met with leaders of the KKK and was able to convert them out of their evil ideology through love and friendship.

This is the world-defining struggle between personhood and collectivism unleashed in Western civilization ever since we encountered and became infected by stories like Jesus’s confrontation of the Demon called Legion.

Mark and Luke report that Jesus traveled across the Sea of Galilee to the land of the Gerasenes. There he encountered a demon-possessed man who lived outside the city. The man screamed and howled every night and was so completely excluded by the collective of the town that they did not have to lift a stone against him: he continually bashed his naked body with stones as he haunted the tombs. They did not even bother to refashion his chains he had broken. He was hopelessly Other. And the city liked it that way.

But then Jesus loved the man. He asked him his name. The parasitical spirit of oppression answered from him, “Legion, for we are many.” The word “Legion” to the contemporary audience hearing the story did not mean “many” but had a specific reference the Roman Empire’s military units. The word for “many” in the Greek is “polus” which means the masses. The text is showing that Jesus is casting out the Roman imperial mindset that infects the masses by loving this man into his right mind.

The healed man wants to come with Jesus as he leaves, but Jesus implores him to stay and share the same love shown to him. How does the land of the Gerasenes react? Not joy. Not thankfulness. Not relief. Instead, they are terrified and demand that Jesus leave their land immediately.

Like the Gerasenes, the Rap-Pop-Fashion-Fame Media Land reacted in terror and outrage when Kanye loved their untouchable demoniac in Trump. Their togetherness is defined by their distance from his persona. When the unclean is declared clean and brought inside the camp of normalcy, communities blinded by fear quake in chaos.

Jesus stood with the land’s Other, loved the co-dependent collectivist spirit out of him and sent it flying off a cliff in a herd of pigs. The performance is a declaration of war against the spirit of empire, domination, coercion, division, and violent scapegoating of Othersto maintain our sense of community. The weapons Jesus uses are love, self-respect, and self-sacrificial courage. These nonviolent weapons, whenever we employ them in the world today, will overcome a world worn down by the old way of sacrifice.

With Jesus, we imitate a spirit of self-sacrifice of fear of our neighbors, rather than sacrificing and blaming our neighbors for our problems. We no longer use misfits and monsters as our collective measuring sticks for our collectivist cliques’ togetherness. We bind together based on mutual respect for our common personhood and refusal to ever cast another stone against a person, no matter who they are or how big our polis (political orders) may be. That includes our sacred voting rite and jury box. We will not put another human being in a cage for a nonviolent behavior. We will not send our children to drone/stone foreign citizens who pose no serious threat to our empire of dirt. We will not found our cities on the spirit of Left or Right, for we are many persons, each with our own dignity as sons and daughters of God.

Welcome to the new world order of love. Jesus walks with us.

Read More »
PrevPrevGoing Back Toward a Durable Society
NextWhat are a Libertarian Christian’s Core Values?Next