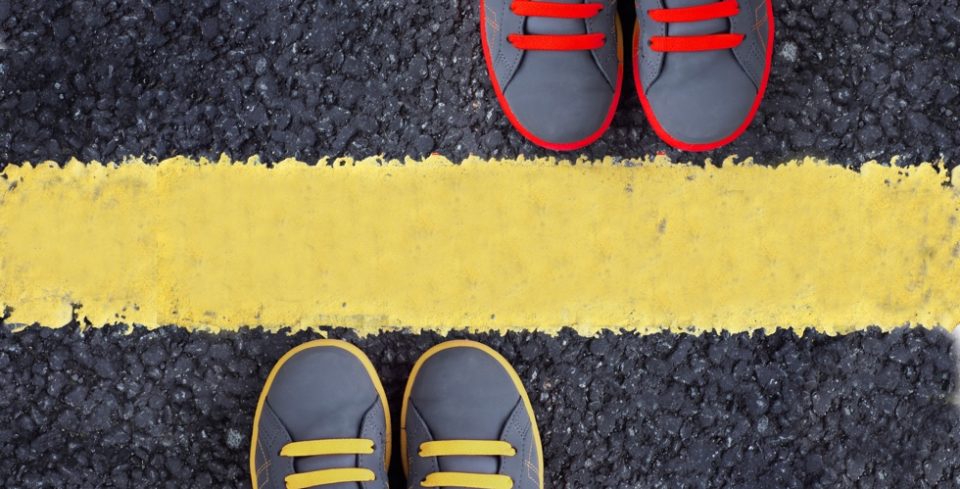 Boundaries are one of the most fundamental principles for libertarians. They are essential for delineating personal property and bodily autonomy. These boundaries are not just physical; being able to distinguish between individuals and their property allows us also to determine responsibility. We each have responsibility over what is ours, and we cannot be coerced to take responsibility for that which is someone else’s. To follow this even further, we find that these boundaries also delineate an individual’s actions and the consequences of those actions which must be borne by that individual.

In codependent relationships, boundaries are blurred or nonexistent. Responsibility is diffused and individual identities meld into one another. People in such relationships therefore find themselves bearing much of the responsibility for and consequences of the actions of others. For example, parents might enable an irresponsible adult child by providing him a place to stay, paying his bills, bailing him out of jail, and so on. Had they allowed their child to suffer the natural consequences of his own actions, he might have found the motivation to change his behavior. However, because his parents have placed themselves as a buffer between their child and the consequences of his actions, he has no such motivation.

Natural consequences: wisdom to the righteous, but death to the wicked

Contents show
1 Natural consequences: wisdom to the righteous, but death to the wicked
2 The problem: institutionalized codependency
3 The deadly consequences of our codependent culture

A healthy understanding of boundaries undergirds the free market as well as all positive and fruitful human interaction. It is essential to both libertarianism and Christianity, for the world God created operates according to these principles. God’s justice operates according to a built-in system of natural consequences.

As Greg Boyd discusses in Cross Vision, God has designed this world to have punishment for sin built-into the sin itself. He argues that “ancient Israelites generally understood the relationship between sin and punishment to be organic, not judicial, in nature” (p. 151). This is why James writes: “Each person is tempted when they are dragged away by their own evil desire and enticed. Then, after desire has conceived, it gives birth to sin; and sin, when it is full-grown, gives birth to death” (Jas 1:14-15). As Boyd explains, the picture of God’s punishment revealed to us in Scripture consists simply of God allowing us to suffer the consequences of our actions rather than continually shielding us from them. When our hearts fail to respond to God’s mercy with repentance, God releases us to go our own way in the hope that the suffering we bring upon ourselves will be more persuasive.

Scripture, particularly the wisdom literature, is full of references to reaping the natural consequences of what we sow through our behavior (see Prov 5:22-23; 26:27; Ps 7:15-16). For example, in Proverbs we read:

As the above passages reveal, God’s created world also has reward built into virtuous behavior (see also Gal 6:7-9; Lk 6:37-38). When we are charitable toward others, we will find that they are charitable towards us. This is why Dale Carnegie’s How to Win Friends and Influence People is still a classic more than 80 years after it was first published: people find that employing its principles actually works. Those principles are based on the simple idea that we are in control of our own behavior, and that we will be rewarded by treating others how we ourselves want to be treated. This is also effective in the business realm: when business owners provide good customer service and a product that brings value to consumers, they are rewarded with success.

When we spend our time and our resources productively and wisely, we will reap the rewards consonant with our actions. The organic consequences of our behavior are the source of wisdom that God has designed to help us navigate life.

This condition is revealed in collectivism and identity politics; in our society prioritizing groups over individuals and assigning blame not to the individuals responsible for a crime, but instead to all men, gun owners, whites, Republicans, Democrats, blacks, Muslims, etc. As I’ve explained elsewhere, when certain groups or individuals identify themselves as victims by definition, it blinds them to their own violence and thus perpetuates it. Victimism is one manifestation of our cultural codependency in that it reflects a refusal to take responsibility for one’s own actions and seeks instead to coerce others to bear that responsibility.

Commerce has also been corrupted by our codependency; by our childish desire to have a parent protect us from the consequences of our actions. The free market operates according to the same principles of cause and effect that are built into the natural world: consumers freely choose to spend their money on a desirable product, and it is the responsibility of the business owner to provide a product or service that the public will value at an agreed-upon price. When business is poor, it’s the responsibility of the business owner to adapt in order to continue to provide value. However, when the state steps in to bail out struggling companies or privilege some over others, it interferes with the natural connection between actions and their consequences, and those businesses are enabled to continue in their present course rather than seek new ways to provide value to consumers. Taxpayers and those businesses that don’t receive government favor are forced to bear what ought to have been borne by the company receiving the bailout.

Codependency is also obscenely manifest in the Federal Reserve as it enables the government’s irresponsible spending by creating money out of thin air. Rather than suffer the consequences of its own actions and be forced to adjust its spending, the consequences are redistributed to the people who are made to suffer through taxation and inflation. This system not only shifts the natural punishment of foolish financial decisions from the guilty to the innocent; it also redistributes the organic reward for wise decisions from the people to the state. When the state takes our income through taxation and dwindles our savings through inflation, it removes the natural system that God has designed and replaced it with its own perverse and unjust system.

Another example of state-level codependency is in our justice system, which attaches unnatural, violent consequences to nonviolent or victimless crimes while failing to bring justice against itself or its agents. When possession of a cannabis plant bears harsher consequences than child molestation or police brutality, corruption, and overreaction, the organic connection that God created between actions and consequences has been severed by the state.

Some might read into this an implicit endorsement of a border wall as an example of maintaining ‘boundaries,’ but the idea of a border wall runs exactly contrary to the notion of boundaries. Individuals have rights, and individuals require boundaries to delineate those rights. An individual has the right to defend the boundaries of his personal property; he does not have the right to demand that others fund the defense of his property (he doesn’t have the right to violate others’ property rights in order to defend his own).

The deadly consequences of our codependent culture

It is well-known that a major result of not having to suffer the consequences of our actions is moral hazard: the more shielded we are from the consequences of our actions, the more irresponsibly we behave. Our society has taken God’s natural, built-in system of justice and turned it on its head, and it is not surprising that this injustice would corrupt our character and foster folly rather than wisdom and virtue. Perhaps one of the reasons for the apparent increase in narcissism and sociopathy in this country is the lack of clear boundaries between individuals that we should have been taught to respect from an early age. An attitude of entitlement and its corresponding behavior stems from a complete lack of regard for other individuals and their rights.

And so we find more people expecting to have things handed to them. They expect unnatural consequences for their behavior. The incentive to earn organic rewards for good behavior diminishes as those who do good are expected to surrender their natural rewards for others’ natural punishment. It has become standard procedure when facing rejection or disappointment to first seek some other person or group of people to blame and from whom to demand reparation rather than first examining our own behavior and its contribution to our circumstances.

The way forward is to reclaim our individual boundaries and resist the state’s and society’s attempts to dissolve them. The truly loving, compassionate, and just response is to refuse to participate in this dysfunctional system that enables people (including those in the government) to engage in foolish behavior, but instead allows them to both make their own choices and experience the natural consequences of those choices.

Read More »
PrevPrevEp 65: The Moral Superiority of Capitalism with Jay Richards
NextGoing Back Toward a Durable SocietyNext