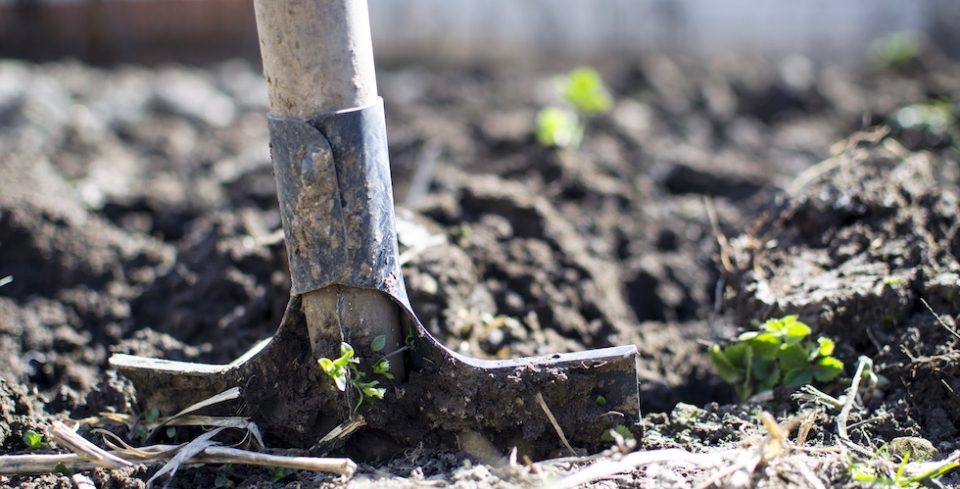 Is the libertarian idea of self-ownership contrary to the authority of God?

Not all libertarians believe in self-ownership

It is true many libertarians believe in the principle of self-ownership and work from there to a philosophy of man and his relation to a state; but not all.  Libertarianism is a set of beliefs of about what role, if any, government should play in society.  A belief in self-ownership is not required to conclude that the state should be minimal or nonexistent.  One can advocate a libertarian society based on its ability to achieve any set of desired ends, like prosperity or happiness, regardless of whether or not self-ownership or any kind of rights exist.

Libertarian self-ownership does not contradict Christianity

What about the majority of libertarians who do believe self-ownership is the logical and ethical basis for their ideology; does this stand in contrast with Christian doctrine?  It does not.

It is true, Christians believe that man is not his own, but a creation and servant of God.  In this sense, he does not ‘own’ himself any more than he can own a galaxy.  However, this is not the sense in which libertarians speak of self-ownership.  Libertarianism is only a political philosophy.  It only concerns the proper relationship of man to man in regards to force.  It does not concern authority or submission in general, so long as they are voluntary.  It has nothing to say, for example, about how wives and husbands ought to submit to and serve one another in a voluntary relationship.  Nor does it concern man’s cosmic place in the universe and whether or not he must be obedient to supernatural powers.

Most trouble with libertarianism comes when we ask it to be more than a political philosophy.  In this case, forgetting that self-ownership is merely about the proper relationship of man to man can cause us to assume it defies the authority of God.  Many libertarians wrap these ideas together, but libertarianism itself is mute on questions of theology.

Libertarian assertions are few; man ought not to use violence against man if at all possible.  The typical exceptions are self-defense, or for tax collection for very limited cases of “public goods” (the latter of these exceptions falls apart under any serious scrutiny).  Those who base these assertions on the principle of self-ownership are merely saying, “Do not coerce another because you do not own another”.

There is nothing in that doctrine which is inimical to Christianity.  The idea that you do not own any other person is not only inoffensive and perfectly permissible to a Christian, but the proper mindset to have in relation to your fellow man.  We are not to coerce.  We are to love and to serve.  And if we are coerced by another, we may be obligated by our conscience to submit at times, and may at other times be permitted to resist.

A common Christian objection is that God has established authorities on earth that we are to submit to, and the idea of self-ownership flies in the face of these God-ordained authority structures.  I am willing to accept that men are unequal and uniquely stationed in life; some to lead and have authority.  It is also plain that at times we are called to submit to others.  These facts do not pose any problems to the libertarian idea of self-ownership.

First, though God may call some to lead and some to follow, who is able to discern the particulars?  To accept that God may ordain authority on earth is one thing; to discover where that authority is is another.  Are we to obey any person who claims to have authority?  Our Christian duty is to seek God’s will and obey it, but only the individual can decide for himself when he is right in relation to God’s will.  In other words, only the individual can own the decision of whether and when to submit to another.

Second, the mere use of the word ‘submit’ is an affirmation of the idea of self-ownership.  Submission is a conscious choice.  “Be coerced by the governing authorities” certainly has a different meaning than “submit”.  The advice in scripture is to engage in an act of self-sacrifice when we are so called.  A person can only sacrifice something they own.

Some Christians have a similar objection to the idea of property ownership, which is the logical offspring of self-ownership.  If God created the world, who are we to claim we can own it?  Aren’t we merely stewards at best?  Indeed, if we cannot claim to own another human created by God, how can we claim to own any animal, vegetable or mineral created by God?

This matter is rather easily resolved; it doesn’t matter.

That is, it doesn’t matter if you ‘own’ or are a ‘steward’ of property.  That may be an interesting question metaphysically, but it doesn’t change the ethics of the institution of private property.  If a person is willing to admit that any use or consumption of physical matter whatsoever is permitted on earth (and if they are not, it means they believe the only moral life is death and that breathing oxygen itself is a sin), they must answer the question of how finite resources can justly be used by people with competing demands.

Private property has emerged universally as the best means of settling this problem throughout history, and there is nothing anti-Christian about this.  Though God owns all matter in the cosmic sense, the institution of private property is a moral and practical means for settling disputes about its earthly use by humans.  Christians ought to applaud and defend this institution because there is no other logically possible means of coordinating the competing demands for scarce resources, and every attempt at creating one has resulted in severe poverty and violence.  Private property is as natural as breathing.

Because God owns us it does not follow that any other human owns us.  Indeed, recognizing God’s ownership and lordship makes the idea of a human owner ridiculous.  We may voluntarily submit to others, but in the act of submitting we are showing who the real owner is; one can only submit oneself if one owns oneself.

And that’s where the really powerful stuff is revealed:  Even He who does, in material fact, own us chooses not to coerce us.  The only One with a legitimate claim on us chooses not to enforce it but by persuasion.  If the God of the universe rejects coercion in his efforts to bring a soul to Truth, what possible justification could we have for coercing each other in our efforts to establish useful social institutions on earth?

Libertarian self-ownership recognizes our free-will, our place in relation to our creator that no human could fill, and it also serves as a valuable foundation for social mores and institutions.  It poses no threat to Christianity and creates no conflict with it.  I cannot love my neighbor by owning him and I cannot submit to another unless I own myself.

This article was originally published on May 17, 2011.