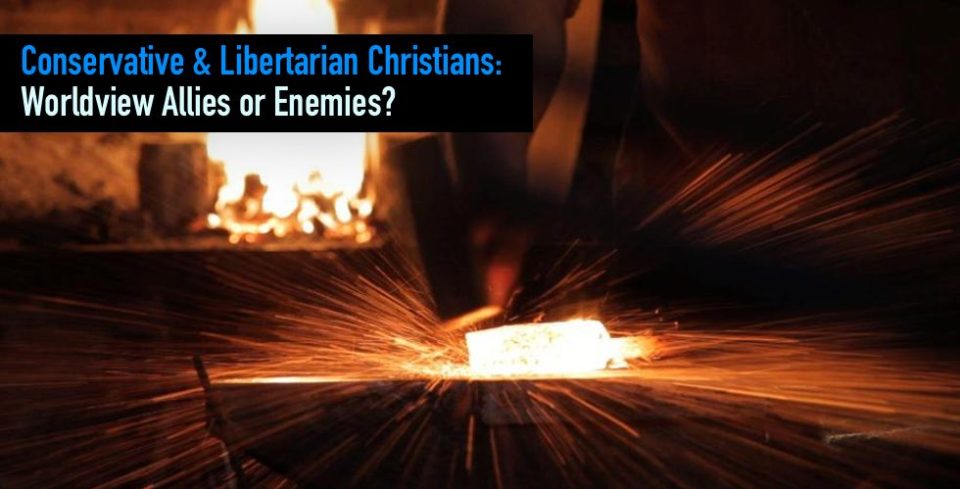 I am so glad my colleague Norman Horn, founder and President of the Libertarian Christian Institute (LCI), was given a chance to debate well-known evangelical leader and Southern Baptist Theological Seminary President, Albert Mohler. Dr. Mohler has been outspoken in his opposition to libertarianism and the possibility of any compatibility between Christianity and libertarianism. This is the Libertarian Christian Institute after all, so of course we would have a thing or two to say about Dr. Mohler’s criticisms. The debate, hosted by Julie Roys on the Up For Debate radio program, provided an outstanding opportunity to correct some misconceptions and educate the listeners as to why LCI believes libertarianism is, in fact, the most consistent expression of Christian political thought.

One reason I was so pleased to learn of the debate, in addition to the increased exposure and educational opportunity brought about by the high profiles of Dr. Mohler and the Moody Radio Network, is that Mohler so closely represents the political views I held for most of my adult life. In addition, I am presently very close to Dr. Mohler theologically. Like Mohler, I am committed to Reformed soteriology and am a member of the Evangelical Theological Society. Although I was not raised a Southern Baptist, I have been a member of SBC churches for the past several years. Mohler is very popular with my fellow evangelicals, so I was hoping many of them would tune in and discover why they ought to seriously consider libertarianism. As someone who is a conservative-turned-libertarian I have a special affection for those who still hold so many of the political views I once held.

The debate transpired on Saturday, March 5, 2016. You can listen to the audio here. From the outset Dr. Horn was provided an opportunity to make a positive case for Christian libertarianism. There were technical difficulties so Julie Roys necessarily had to turn to Dr. Mohler who began to make his case against libertarianism. Unfortunately, this allowed Mohler the opportunity to frame the subject by casting libertarianism as a political philosophy that radically exalts liberty as the good above all other goods. How could individual liberty exist, he asked, as a good unto itself? Later he criticized the alleged libertarian idea that human liberty is the central exalted good that explains how other goods are derived. Mohler charged that, politically, the main thrust of libertarianism in America was expanding personal liberty at the expense of the question of virtue. Over and against this deficient libertarian worldview cast by Mohler, he explained that in a biblical worldview the chief end of man is to know God, to worship Him, and enjoy Him forever. He added we also demonstrate His glory and His good gifts to us by living faithfully before Him.

So Dr. Mohler immediately portrayed libertarianism in a way that no libertarian Christian would. Dr. Horn responded that we, of course, along with Mohler agree with the Westminster Larger and Shorter Catechisms regarding the chief end of man. We agree that liberty is not a good unto itself. Of course it requires a moral framework. By no means are we driven by expanding personal liberty at the expense of virtue. Libertarianism, as we often say, is not libertinism. We are all operating from a biblical worldview and it is unfair to categorize libertarian Christians as operating outside of or contrary to a biblical worldview.

Granted, depraved man seeks to use his liberty to pursue fleshly desires so there will always be some libertarians who live accordingly. As libertarian Christians, however, we understand that liberty is not license. Just as we do not want to be characterized by those who abuse their liberty, conservative Christians should not have to answer for the immoral beliefs of all who claim the name conservative.

For example, according to one poll a very high percentage of conservative Republicans consider actions against suspected terrorists such as waterboarding, threatening to sexually abuse a prisoner’s mother, forcing a prisoner to stay awake up to 180 hours, and forced ice water baths to be torture. And yet, 7 in 10 Republicans think these actions are sometimes justified. Since about 50% of Republicans are highly religious it would be very reasonable for me to make the claim that my conservative brothers and sisters in Christ approve of torturing suspected terrorists. In fact, “69% of white evangelicals believe the CIA treatment [the actions cited above] was justified, compared to just 20% who said it was not.”

A main thrust of conservative Christianity embraces national security at the expense of the question of virtue, right? Making torture compatible with “Christian,” is going to be a tremendous challenge. Conservative Christians are associating themselves with a political movement that, at the very least, is uncertain as to whether human beings detained as suspected terrorists deserve protection. This is where we understand that the whole idea of Christian conservatism breaks down. (If you have listened to the interview, you can note that I am using Dr. Mohler’s own words to critique Christian conservatism in the same manner as he did Christian libertarianism.)

Our foundation is the same. Our thinking and our living is based upon Scripture and, I would add, particularly upon Jesus the Christ as revealed in Scripture. But, as Dr. Horn pointed out, only a subset of a Christian worldview deals with politics. The question is: how should Christians go about operating out of our comprehensive worldview when it comes to politics?

Libertarian Christians want individuals to embrace God’s will but the way to pursue this end is by convincing others through moral persuasion. This is the biblical approach. We proclaim, educate, and plead but we don’t resort to legal coercion through the political process. Just as we don’t coerce people to Christ, we don’t coerce them into not smoking, drinking, or going with girls who do.

Dr. Mohler raised the crucial issue of abortion. There is no doubt that atheistic or otherwise secular libertarians have a long history of advocating pro-choice positions but this is not “the” libertarian position. Libertarian philosophy does not require Christians to abandon their pro-life convictions. I will not explore the non-aggression principle (NAP) here but, briefly stated, the NAP states that people should be allowed to do what they will so long as it they do not execute aggression (initiate force) upon another person. Libertarian Christians agree: the un-born baby is a person! A woman’s right to control her own body does not permit her to commit aggression against the person within her.

Mohler criticized the libertarian movement as being at best confused over abortion and, at its extreme, arguing against any kind of mutual obligation in this sense. But what of the conservative movement? The vast majority of conservatives, for example, favor legal exemptions allowing abortion in cases of rape, incest, and the life of the mother. Dr. Mohler would say that a biblical worldview would not allow for any compromise on this matter of grave consequence. The larger set of principles of morality that would inform Christians on this issue affirms the obligation to protect life at all stages from conception onward.

The conservative movement, of which Mohler is a part, clearly compromises on this grave issue by favoring these exemptions. Mohler said he wouldn’t want anything to do with a position that is unclear and not absolutely certain that an unborn human being is indeed to be protected and that aggression against an unborn human being is a matter of gravest moral consequence. Isn’t conservatism a political movement that is communicating uncertainty here? If the unborn human being is actually a full person, why allow exemptions? Should we call the entire conservative movement into question over this compromise? Of course it would be unfair to dismiss an entire movement over this disagreement just as it is unfair for Mohler to dismiss the libertarian movement over disagreements on abortion. Libertarian and conservative Christians enjoy tremendous common ground on this issue. We ought to celebrate that fact and cooperate in our common cause.

There is much more to be said about the issues touched upon in the debate between Drs. Mohler and Horn. Other articles from my colleagues at LCI and elsewhere will be forthcoming. In the meantime, I would encourage Dr. Mohler to take a second look at what libertarian Christians actually believe. Mohler considers libertarianism to be a fringe movement forever condemned to irrelevance. But to the contrary, right now more and more of his politically conservative brothers and sisters in Christ are switching sides to libertarianism. Christian libertarians have plenty to say about the deficiencies of Mohler’s conservative movement from a biblical worldview. Perhaps as we debate the merits of our respective political movements we can approach it knowing that iron sharpens iron, and so one man sharpens another (Proverbs 27:17) rather than as a fight between those who hold to a biblical worldview and those who do not.

Did you like Conservative and Libertarian Christians: Worldview Allies or Enemies??
You may also like These Posts:

Read More »
PrevPrevPost-Debate Recap and What Should Have Been Said
NextConcerned with Libertarianism? You Shouldn’t BeNext