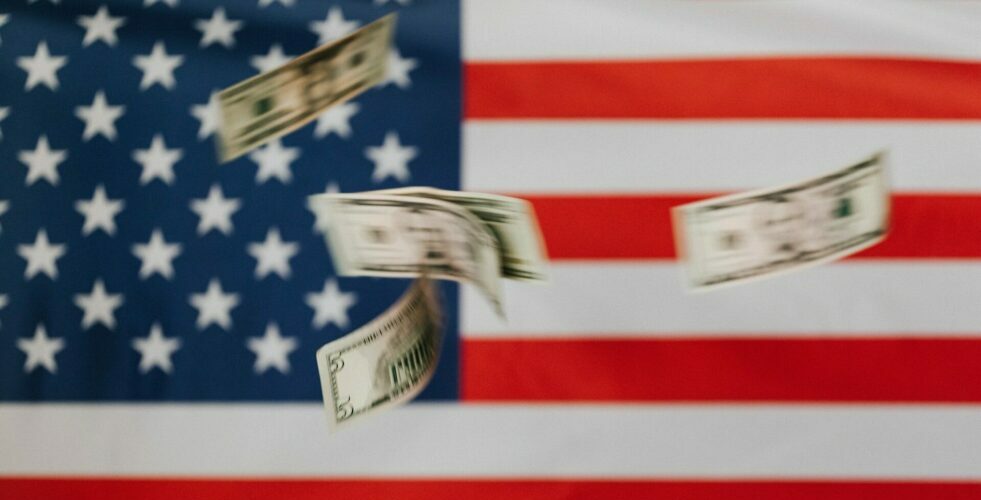 My latest post over at the Common Sense Concept:

The poor in the US are doing very well compared to the poor in Kenya and enjoy things like quality housing, access to health care, basic education, and enough food so that obesity is their biggest nutritional threat.  The rich in this country are also far better off than the rich in Kenya.  There is a big difference in wealth between the richest and the poorest in both countries.  This is clear evidence that the rich in the US need to be taxed more.

That’s essentially the case presented by Nate Roberts at Recovering Evangelical.  Let’s restate the premises’ and conclusion of his argument:

Premise: Poverty is not life-threatening or grinding in the US.

Premise: The rich are really rich in the US.

Conclusion: We have a major problem that demands more taxes on the rich.

I agree with each premise, but in order for the conclusion to follow, one of two assumptions must first be true:

Next, IF one or both of these assumptions are true; several secondary assumptions must also be true:

Before examining each of the assumptions necessary for this argument to be true, I want to point out how bizarre it is that the article does not anywhere applaud the US for having essentially eliminated poverty of the type that exists in Kenya.  The author is apparently much more concerned with the amount of luxury enjoyed by the rich than the amount of suffering endured by the poor.  In reality, the poor the world over have seen tremendous improvement (most pronounced in countries with freer economies).  Watch this stunning time-lapse graph from GapMinder and consider that in 1880, the average American lived to be 39 and made about $4,276.  In 2000, there is not a country in the world with a life expectancy below 44.  A very poor country like Angola, with a life expectancy of 48 and average inflation-adjusted income of $5,056, is better off than the US just a handful of generations ago.

But let’s examine the assumptions.

Primary Assumption: There is a certain level of material wealth that is objectively immoral.

What is it?  I’ve never heard anyone willing to put a dollar amount or precise description of how much wealth is too much wealth for anyone to ever have.  The closest you’ll get is the claim that the richest of the rich today have, “too much”.  If that is true, vague as it is, are you willing to say that if you could flip a switch and tomorrow everyone in the world could enjoy Bill Gates’ standard of living you would not do it?  Put another way, if a wealth-capping policy had been enacted a few hundred years ago, so that no one could live better than the richest kings and titans of trade and industry at that time, most of today’s middle class in America would have to reduce their standard of living.

Everyone seems to believe that some wealth is objectively moral – hence the efforts to get more of it to those with little – yet it is often claimed that at some point it becomes immoral.  This is logically sloppy and morally empty.  Biblically there is no evidence that a certain level of wealth is immoral.  Wealth, like all earthly things, can be the object or tool of immorality, but is itself benign.  It is the human heart, not the dollar, that commits sin.

Primary Assumption: There is a certain ratio of difference in material wealth between people that is objectively immoral.

What is that ratio?  If the poorest in the world could be 20 times better off and thus avoid death, disease, starvation, etc, but only if the richest could be 40 times better off, would you oppose it?  Would that be compassionate to the poor?  Is reducing the wealth of the rich a more noble cause than relieving the suffering of the poor?

There is no logical or Biblical argument for a certain level of material equality.  All such sentiments are thinly veiled envy, and materialist idolatry.  To despise someone for their wealth and to desire them to have less of it (without even knowing the state of their heart) is a sin.  To desire that people to have a more equal level of material wealth is to focus on materials rather than hearts.  The obsession with how much people have relative to each other is revealing of an idolatry of both possessions and people.  The standard by which we measure ought to be Christ, not others, and the thing we measure against that standard should be our hearts, not our stuff.

A world of incredible inequality of wealth but tremendous love, compassion, and humility is far better than a world with material equality and hate.

Secondary Assumption: It is possible to extract more taxes from the rich in the US.

The richest 1% in the US account for 19% of the country’s total income and they pay 38% of the country’s total tax bill.  The richest 5% earn 33% of the national income and pay 57% of the tax bill.  The bottom 50% earn 19% of the income and pay 3% of the tax bill. (2007 data here).  If you’ve never heard of the Laffer Curve, you might want to read up on it.  Raising taxes on those already paying nearly all of them may not work as hoped.

Secondary Assumption: Increasing taxes on the rich will not change the overall system in a way that harms the poor.

Have you ever asked whether a (even somewhat) free-enterprise system and the inequality that comes with it is itself the driver of improved standards of living among the poor?  If the cost of successful entrepreneurial activity is increased, will you get more or less of it?  When an entrepreneur makes tons of money, do they do it by making something people value more than what they give up to get it?  Does it create jobs and incomes and higher standards of living only for the rich?  The ability to reap rewards is a great motivator that spurs innovation that helps everyone.  The poor in America are getting richer, and at a faster rate than the rich! (As an aggregate group, and more importantly and powerfully, as individuals).  Increasing the cost of success for the rich will also reduce wealth creation opportunities for the poor.

Secondary Assumption: It is possible for government agents to redistribute income effectively so that it genuinely helps the poor and costs only the rich.

What is the incentive of a government agency on poverty: to get rid of poverty and therefore eliminate the department, or to keep poverty alive, either in rhetoric or reality, to justify growing the department in power and resources?  Humans are humans, and as such they are self-interested.  A quick study of Public Choice Theory and the history of welfare programs and their inability to meet their own stated goals should bring this assumption into question.  We may not like some things about reality, but we ought to consider whether the outcomes are better or worse when we turn to government to fix things.  The evidence does not favor government.

Secondary Assumption: It is possible to achieve and maintain a desirable ratio of difference in material wealth.

If wealth was redistributed overnight so that everyone had an equal share, how long would that ratio last?  Inequality is a part of life – it’s how we were created and it’s wonderful!  We are different not only in ability, but in tastes.  I would sacrifice a much higher income to have a career that allows me more time with my family – others would eschew having a family for more income.  There is nothing immoral about the radical differences we were created with, and it is impossible to suppress them.

Secondary Assumption: It is possible to accurately measure material wealth.

In order to maintain a certain ratio of difference in wealth, we’d have to be able to measure wealth.  What is it?  Is it the dollar value of our stuff on the open market?  If that were so, then someone in the mid 1990’s who had no food or shelter, but a giant pile of Beanie Babies would be wealthy, even as they died of starvation.  A person in the dessert with no water but a bag of diamonds would be wealthy.  Clearly, it is not the market price of our goods that determines our quality of life.  Economic value is subjective.  For some hermit monks, material wealth may actually make them less happy.  If they have worked all their life to avoid the accumulation of possessions, and have only achieved it with great struggle and are now in a state of pure joy, are they to be counted as “poor”?  Should we rush in to force goods upon them?  When we attempt to aggregate and count wealth levels, all we are counting is the current market price for the goods people own.  Real humans don’t care about these things except to the extent they help in reaching the actual goal, happiness.

The idea that we must reduce inequality of wealth by taxing the rich is an ineffective means of achieving an immoral end.

The author ends the article with the famous “WWJD” question.  We needn’t ask what Jesus would do in the face of great wealth and poverty.  We can look at what he did do.  He helped the poor and instructed others to do the same, but he never forced anyone to help on threat of fine or imprisonment as our tax and welfare system does.  He told one rich man to give his possessions to the poor, but then let the man walk away.  Apparently, it was the rich man’s heart, not his possessions, Jesus was after.

Don’t get caught in the web of envy and idolatry that lurks behind the desire for greater material equality among people.  Seek to improve the lives of everyone, rich and poor, in ways that are genuinely meaningful, including but not limited to physical quality of life.  Whatever ends you seek, don’t rely the on ineffective and immoral means of coercive government programs.  Before you argue for something, check your assumptions.

Note: In the rambling post, Roberts also points out with disgust the huge sums the US spends on its military.  I am in complete agreement with the author that military spending in the US is appallingly high. 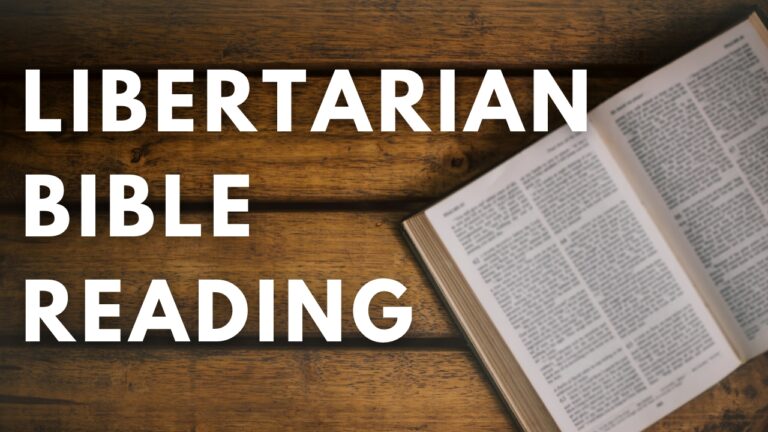