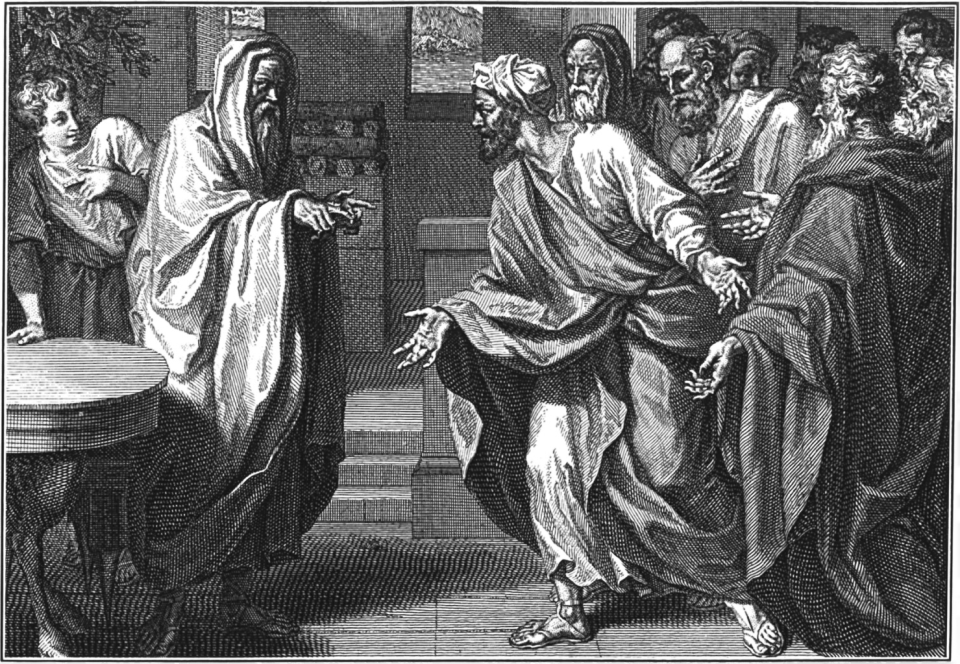 The Founders primarily envisioned collective action of a militia under the Second Amendment. Generally, no call for vigilantism or for independent assassination plots exists, such as the one Israelite judge Ehud undertook against king Eglon—a wicked ruler that God had raised up to chastise His rebellious people (Judges 3:12-23). That is not to say that a Christian would necessarily sin by assassinating a wicked ruler like Nero, Domitian, Hitler, Stalin, Lincoln, Pol Pot, Castro, or Idi Amin. Killing them would instill peace by delivering many people from misery and suffering—a suitable task for Christians (cf. Proverbs 24:11-12, Galatians 6:10). The Bible teaches that the overthrow and death of wicked rulers causes social “jubilation” and that their name “will rot” (Proverbs 11:10; 10:7). Indeed, why would slaying an evil ruler, when possible, differ from killing a serial killer, a common thug, or another criminal in self-defense?

Since the Bible teaches that people shout, rejoice, and have jubilee over the death of a wicked ruler, should Christians refrain from rejoicing along with their countrymen? Should they mourn when a Stalin is assassinated and rejoice only when such an evil ruler dies of natural causes? The Bible makes no such distinction. Surely, God takes no pleasure in the death of the wicked (Ezekiel 33:11) and neither should we. However, this truth does not undermine the reality taught in Proverbs 11:10: people have a feeling of relief, excitement, and joy as a result of an evil ruler’s demise. (Just ask any older Ukrainian.)

Yet Christians cringe at the notion of assassination of an evil ruler. Why is assassination less shocking or repugnant to them when the military performs it? Why would private militias, mercenaries, or pastors like Dietrich Bonhoeffer be wrong for accomplishing such military operations? Some might worry that severe ramifications could ensue from the state’s reaction against Christians who espouse such a “radical” idea. Such a threat should not matter if we are promoting the truth, realizing the importance of developing a biblical theology of public policy, so long as Christians enjoy some measure of free speech and it is expedient to exercise that right. Are we not commanded to “buy the truth”, along with wisdom, instruction, and understanding, and to not sell it (Proverbs 23:23)?

The logic of a theology of public policy pertaining to assassination of evil rulers is fairly straightforward. Given that (1) there is a right of self defense, that (2) there is no amnesty afforded to any assailant on account of his office or profession, and (3) provided that one is the potential victim, an eyewitness of a crime, or a member of a group which has definite knowledge about the notorious nature of the crimes that have been and will be committed by a predator (the connection between an evil ruler and his crimes should be evident to all), then (4) the predator may be stopped by force—even lethal force. There is one further qualification: (5) those methods which expose innocent people to the least jeopardy (as is the case with assassination) must be preferred, since Christians highly respect human life as “the image of God” (Genesis 1:27; 9:6) and must not trammel it recklessly.

Accordingly, Bonhoeffer did not sin by participating in the plot to assassinate Hitler. How can Christians claim otherwise? (Whether his methods were prudent is a different question.) If Hitler had instead died while facing Bonhoeffer on the battlefield, no one would question the rightness Bonhoeffer’s actions. Christians are inconsistent if they approve of a military operation against Hitler’s headquarters but find fault with a stealth assassination attempt by Bonhoeffer at the same place.

Nevertheless, the fact that assassination could be the right action does not mean that Christians have to frequently practice it or even advocate it.(10) Surely, it must be used as a last resort in our own country. To avoid problems of passion and vigilantism, assassination of evil rulers is best carried out by a collective force or a “well-regulated militia”. The Founding Fathers saw the prudence in patience: “Prudence, indeed, will dictate that Governments long established should not be changed for light and transient causes.” Such patience does not preclude assassination under the proper circumstances, especially when assassination is accomplished through a Second Amendment militia operation.

However, Christians should accredit the merits of assassination for foreign policy. How many American and Iraqi lives would have been saved if the United States military would have simply assassinated Saddam Hussein and his top cronies? Remember that Ehud, living prior to the establishment of the Old Testament theocracy, was an assassin. Yet he was evidently commended by God for his work. The godly general Stonewall Jackson was ready and willing to cross the Potomac River in order to hang Lincoln after the first battle of Manassas. Hundreds of thousands of lives would have been saved. Would he have been wrong if he had done so? Was John Wilkes Booth wrong to do so after the war? What is ultimately the difference between Ehud, Jackson, and Booth—if anything?

Providence has often directed collective action (rather than assassinations) as the means to overthrow evil rulers, and the rationale of the Founders seems to follow this premise concerning domestic tyranny. It is difficult, apart from a miracle, for one man or even a small group to pull off a revolution. It is also unclear that attempting to do so will bring glory to God—which is the foremost goal of a Christian.

The Bible records the fatal failure of some who revolted against tyrants (see Acts 5:36-37).(11) Instead, the collective courage and stamina of principled men has prevailed at providential moments, including climactic events like Runnymede and Yorktown. Accordingly, the Founders realized that liberty would best be preserved by a collective force, which they termed “a well regulated militia”.

(10) The whole matter of assassination must be considered deductively in order to derive the appropriate biblical principles regarding it, beginning with two parameters. First, it is important to note that setting the bounds for a public policy theology is not the same as advocating a particular action. For instance, a woman may have the right to divorce her husband if he commits adultery one time (even if he repents), but that right does not mean that she should do so. So it is with the matter of assassination. Just because assassination of an evil ruler is considered to be a righteous event does not mean that a Christian should necessarily become an assassin. While establishing the ultimate bounds of right Christian conduct is valuable, doing so does not produce an outcome with a prescriptive character. Second, if government agents are predators and criminals, they become exposed to violence just as other lawbreakers. Notwithstanding those who espouse a revitalized or reshaped divine right of kings view, modern rulers simply do not enjoy special immunity or amnesty card on account of their office that would preclude any defensive action by Christians against them. Likewise, the fact that American congressmen enjoy limited freedom from arrest and prosecution while on the job does not imply that they enjoy the same immunity in a private home. (The American Constitution, Article 1, Section 6 says: “They [congressmen] shall in all Cases, except Treason, Felony and Breach of the Peace, be privileged from Arrest during their Attendance at the Session of their respective Houses, and in going to and returning from the same; and for any Speech or Debate in either House, they shall not be questioned in any other Place.”) If one may shoot a robber or a rapist caught in the act, one may also shoot a felonious government agent. It makes no difference that they are kings, senators, or bureaucrats. However, the fact that one may do so does not mean that he should do so. And a Christian exercising his right to resist authority does not necessarily mean that he will avoid the consequences of such action.

(11) Absalom was killed while trying to overthrow David (Samuel 18:14–19:10), but David is not normally regarded as being an “evil” ruler and Absalom was not righteous or godly in his motives or conduct. Furthermore, the uprightness of assassination was apparently curtailed under the theocracy since David would not kill Saul when he had him cornered in a cave (1 Samuel 24:3-8) and David condemned the soldier who killed “the Lord’s anointed” (2 Samuel 1:9-16). Of course, being divinely “ordained” or “appointed” (Romans 13:1-2) after the theocratic era has not made subsequent rulers “the Lord’s anointed”.

Originally published in The Times Examiner on July 6, 2005.