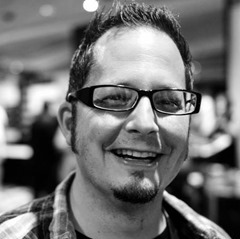 Jason Rink is the award-winning producer and director of the documentary Nullification: The Rightful Remedy, and the author of the biography of former Congressman Ron Paul, Ron Paul: Father of the Tea Party.

He has been a featured speaker on the Nullify Now tour, Students for Liberty regional conferences, and the Voice & Exit conference. He has appeared as a guest on FOX Business Channel’s “America’s Nightly Scoreboard,” the FOX News program “On The Record with Greta Van Susteren,” and “Freedom Watch” with Judge Andrew Napolitano.

Before becoming a libertarian, he was a pastor and church-planter in Cincinnati, OH. Currently, he lives in Austin, TX with his wife of 15 years, Tisa, his 14-year old son, Ethan, and a dog named Rocco.