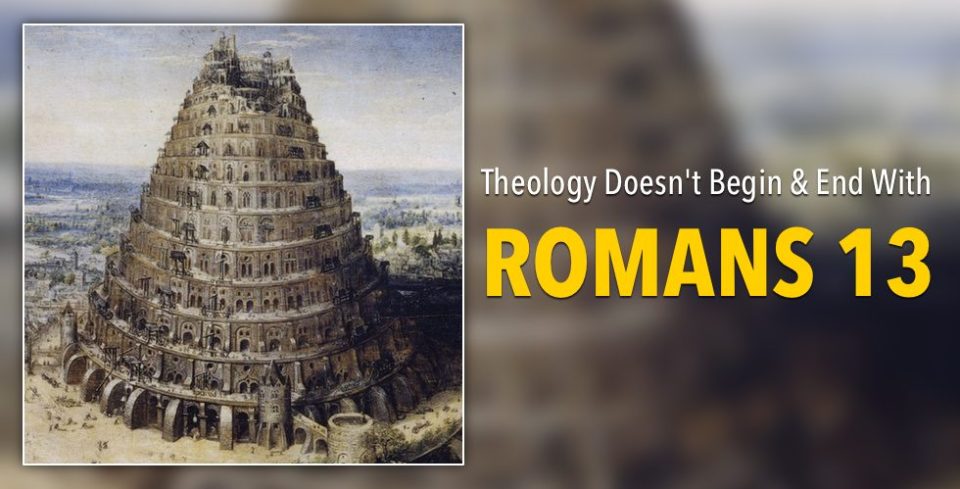 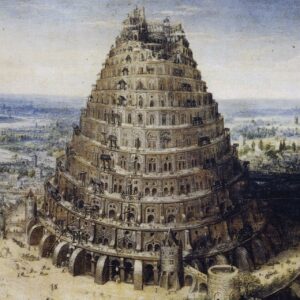 On Easter Sunday, I joined a Facebook thread where the role of government and Romans 13 were discussed. A number of points about the Christian’s relation to government were aired, including citations of Leo Tolstoy, and a major theme was the idea of Christian anarchism. When this happens, of course, Romans 13 is invariably brought to the table. It seems to me, though, that this is not a good starting point for discussion of statism in the Bible.

Romans 13 is not a shortcut to being right about government. People like sound bytes, quick ways of responding to scenarios – and that is basically the way most Christians attempt to treat Romans 13. However, you absolutely cannot discern the whole of what the Bible says about the state by Romans 13. It sounds good, but it won’t work.

A major problem we encounter in Romans 13 is the definition of “submission.” It is a tricky word to understand at times. For instance, Paul says in Ephesians that we should “submit to one another out of reverence for Christ.” Then he says “wives submit to your husbands.” James 4:7 calls us to “Submit [yourselves] to God.” Obviously, we do not believe that “submission” in these verses means the same thing as Romans 13. Indeed, we repeatedly see great men and women of the Bible – Jesus, Paul, Peter, Daniel, Shadrach, Meshach, Abednego, David, Elijah, Elisha – defying the State.

Understanding submission in the context of a Biblical theology of the State is what matters. Thus, what the Bible has to say about the State, its nature, its origin, its destiny, and its relation to God is prior to understanding what submission means.

Enter Genesis, 1 Samuel, the Gospels, and Revelation. I will quickly overview some key points from these selections, although each of these could all be additional studies in and of themselves and there is much more to study than just these four.

Exhibit A: The Tower of Babel (Gen. 11) is the “origin story” of the state. We learn here that the State is organized as an opposition against God. The State is rebellious and idolatrous, and desires to become/replace God.

Exhibit B: 1 Samuel 8 is the incident where Israel asks for a king (i.e., organized monarchy / primitive “State”). God speaks through Samuel and lets him know what this government is going to do… and you know the rest of the story. Besides the “glory years” of David and Solomon, Israel was a complete disaster.

Exhibit D: The symbols of Revelation, if we are to give them any global meaning in the physical world, must first be interpreted in light of the Roman Empire in conflict with the coming Kingdom of God. Since there really were not any other significant States to consider at the time of the writing of Revelation, our extension of the symbols into present meaning can and should include present States, unnamed but there in principle. We discern that the destiny of the State is destruction.

Now, we can turn back to Romans 13 and wonder what the proper “submission” response entails to an entity that is:

The answer has to be that submission to the coercive power of the State is first and foremost prudential. Don’t be stupid, don’t compromise the church or your family, don’t blow your witness to the world. However, you don’t have to settle for the status quo either. I have written about this more extensively in my exegesis of Romans 13:1-7.

In the words of many of the the American founders, “Rebellion to tyrants is obedience to God.” But we don’t even need to pick up a sword to do it. The State’s legitimacy rests on tacit consent of the people (Etienne de la Boetie), and thus our greatest weapons are to renew our own minds and then in turn to help renew others (hat tip to Hayek a la St. Paul). Turning people’s minds away from the State and back to the King of Kings is the goal.