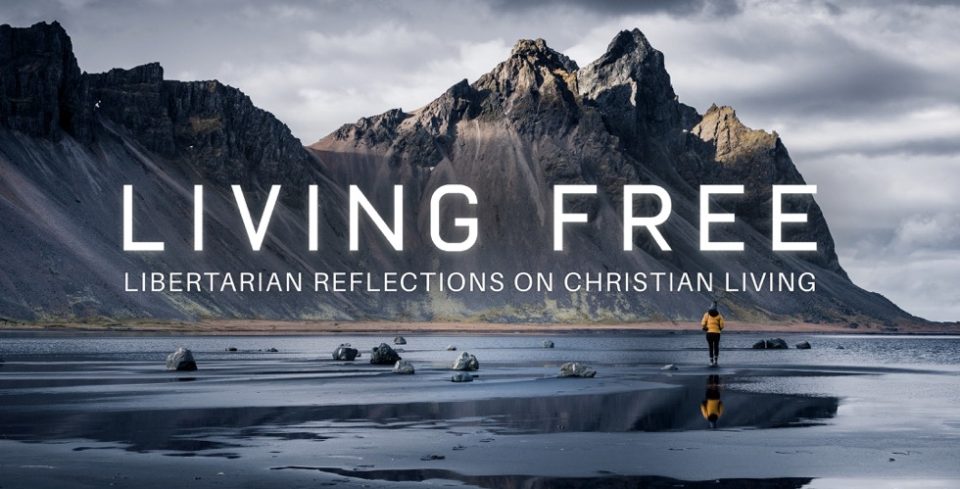 When you reflect on what living free means as libertarian Christian, what comes to mind? If you affirm the principles of freedom, individual rights, and non-aggression alongside your belief in the gospel of Jesus Christ, you know the struggle to live free in a dark world. There are constant pressures and demands to bow to the demands of the state or to society.

Contents show
1 Living Free: Reflections on Libertarian Christian Living
1.1 Those who learn to live free shall be a light in the darkness.
1.2 To live free as a Christian means to think deliberately about how they live in order to flourish.

To live as a Christian is to live in freedom from sin and darkness. But if the state is one of the most present forms of darkness, how are we to live? It is not a trivial point that in God’s cosmic plan to send a Messiah, God chose to become human during one the most oppressive reigns in history. The life and legacy of Jesus of Nazareth was a severe threat to Caesar’s empire because Jesus unveils the violence of the state that could never deliver what it promised: peace. Followers of Jesus are light-bearing beacons of peace, and it is in a dark world they are to shine.

Both before and after the time of Jesus, empires have sought to darken our hearts and poison our minds with propaganda and misinformation. Human lives have been threatened, and some have died unjustly at the hands of the state. Yet in spite of this, followers of Jesus have learned to live free and embody the promise of true peace and human flourishing.

Those who learn to live free shall be a light in the darkness.

This article is the beginning of regular reflections on the idea of living as light in the dark shadow of the state. The state wants to call us its own. Some in society consider us their property. From institutionalized violence to mimetic phenomenon, we are constantly demanded to sacrifice our identity,  individuality, and agency at the altar of the collective.

To live free and flourish, we must sometimes reject such demands. This is not a rejection of self-sacrifice as a virtue, nor is it an abandonment of laying down one’s own interests for the sake of others. Of course those are Christian virtues. But the state wants to co-opt that virtue and use it to fuel its engine of dominion and violence. It is truly an insidious notion that individuals are subservient to the collective, and it will only lead to hell on earth if it is given any purchase in minds.

This is why individual libertarian Christians ought to choose to walk in the way of peace, as light-bearers who are willing to take a stand against both individual and systemic injustice. As a fellow bearer of the image of God, we have a responsibility to reflect that image to one another so as to show others what it looks like to live like Christ.

To live free as a Christian means to think deliberately about how they live in order to flourish.

For many, this entails living free in a way that others find it difficult to grasp, myself included. That is why I want to spend time regularly reflecting on and sharing my thoughts about what it means to live free in a world hell-bent on diminishing my dignity, honor, and quality of life.

The plan is to write regularly about living life as a libertarian. Until next time, here is a relevant passage that was the subject of study recently in my small group from the epistle of James:

My brothers and sisters, whenever you face trials of any kind, consider it nothing but joy, because you know that the testing of your faith produces endurance; and let endurance have its full effect, so that you may be mature and complete, lacking in nothing (James 1:2-4, NRSV).