Jesus was an Anti-Nationalist 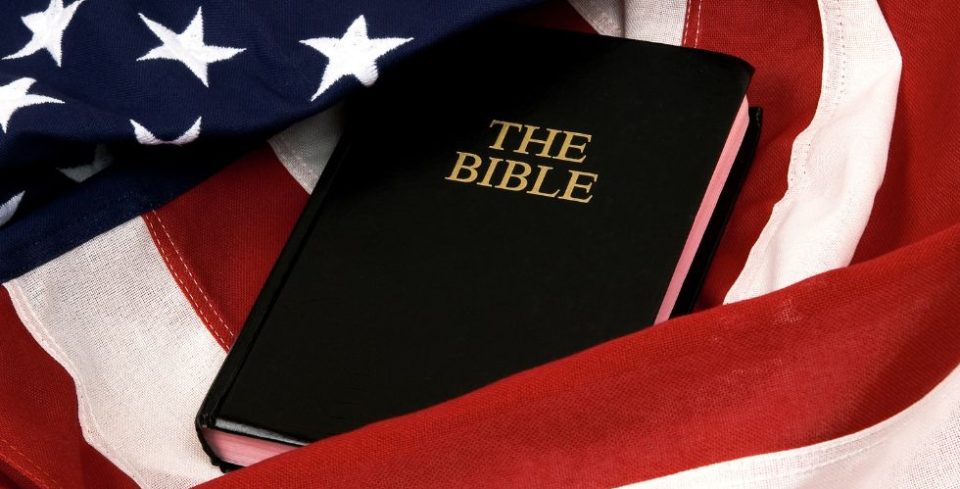 One of the more overlooked ways in which Jesus brought God’s ethical ideal into full bloom — or as Matthew 5:17 puts it, one way he “fulfilled” the Old Testament law and prophets — was by reorganizing God’s followers from a nation into a church. He denationalized them, transforming them from a typical earthly kingdom into the transnational, interethnic, nongovernmental, nonviolent, geographically dispersed organization we call the universal church. For these reasons, Jesus was an anti-nationalist which makes Christian Nationalism antithetical to the Christian faith.

Jesus was an Anti-Nationalist

Originally, God formed his followers into the uniquely theocratic, demilitarized, morally advanced nation of Israel. A nation for sure, but by today’s standards, a largely non-nationalistic one. Eventually, the Israelites tired of being different and asked God for a king “such as all the other nations have” (1 Sam. 8:5), one “to go out before us and fight our battles” (8:20). So God, in one of his many Old Testament concessions, lovingly accommodated them.

But God also allowed such human-led nationalism to run its naturally destructive course. For the next seven centuries, the Israelites found themselves entangled in typical nationalistic struggles — political exile, a return home, rebuilding efforts, struggles for independence, and additional defeats. When Jesus arrived, Israel was under Roman occupation and struggling to keep its national identity alive. It was this nationalistic context that shaped the Israelites’ expectations for God’s promised Messiah, who they hoped would resuscitate their national sovereignty.

But when Jesus arrived, he would have none of it. He didn’t gather God’s followers and take back territory, militarily or otherwise. Instead, he repeatedly declined to adopt any and every aspect of nationalism. He unequivocally rejected typical kingship, declining the devil’s offer of control over all the kingdoms of the world, refusing to use his supernatural powers for political gain, running from a crowd that wanted to enthrone him, waiting to announce his messiahship until he could redefine it to exclude nationalism, choosing to ride on a donkey instead of a war horse during his inauguration parade, and eventually declaring himself king of all people and all nations, not just Israel.1

Likewise, he shunned all political power and commanded his followers to do the same, instructing them not to “lord it over” others, sending them into the world as sheep among wolves (not as a well-organized army), scattering them across the globe as foreigners, exiles, and sojourners whose primary citizenship is in heaven, and ordering them to put their swords away instead of defend him (let alone a nation), while also definitively proclaiming to the Romans that his followers do not fight.2

Since the start of God’s direct intervention into human history, membership in his kingdom had been tied to Israelite ethnicity/citizenship. Israel alone was God’s chosen people. Then Jesus began welcoming anyone who believed in God and sought to do his will. He made membership available to everyone. In fact, not only did he welcome gentile believers, he actively sought them out. Rom. 1:6 And he commanded his apostles to do the same, instructing them to preach the gospel to all peoples and ordering them to “go and make disciples of all nations” (Matt. 28:19), which they did.3

Such inclusivity was always God’s goal. He simply used one group of people (Israel) to forge a path to all people. From the beginning, the Bible frequently tells us God chose Israel and set it apart not as an end in itself but as a means of blessing all people and all nations.4 Paul called God’s use of Israel for such a purpose “the gospel in advance” (Gal. 3:8).

That’s why Jesus dissolved the political barriers that typically divide people and erased the morally arbitrary lines we call national borders. To paraphrase Paul, Jesus united Jew and Gentile. He “made the two groups one and has destroyed the barrier, the dividing wall of hostility … to create in himself one new humanity out of the two … and in one body to reconcile both of them to God through the cross” (Eph. 2:14-16). For in God’s fellowship, “There is neither Jew nor Gentile, neither slave nor free, nor is there male and female, for you are all one in Christ Jesus” (Gal. 3:28). See also Col. 3:11

He reconfigured their entire identity. Before Jesus, they were identifiable primarily by their unique nationalistic characteristics — the worship of only one God, a slightly advanced moral code, unusual ceremonial laws, different religious rituals, a restrained warfare policy, etc. After Jesus, they were set apart by their uniquely non-nationalistic characteristics — their border/race/ethnicity-transcending inclusiveness and self-sacrificial love of everyone, even enemies. Therefore, what was once productive is now counterproductive. The nationalism that previously contributed to the distinctiveness of God’s followers now negates that distinctiveness.

Advancing God’s kingdom on earth today requires transcending political power struggles and nationalistic entanglements, Trump-like or otherwise, to express God’s equal and unconditional love for all people. In the way of Jesus, it means refusing to allow our love to be limited by national boundaries. It means living as a set-apart people whose existence bears witness to a wholly different type of kingdom, an all-inclusive one.

Any Christian nationalism today — any Christian-related favoring of one nation’s citizens over another’s — is ethical backsliding. It reverses what Jesus accomplished by reintroducing ethnic and political membership criteria, by resurrecting the dividing wall between Jew and Gentile, and by turning neighbors back into enemies. Just as Old Testament Israel rebelled against God by demanding a king “like the other nations,” Christians today rebel against God by prioritizing their national interests above universal love “like the other nations.”

Christians are principally citizens of a higher kingdom, and we must act like it.

Matthew Curtis Fleischer is an attorney in Oklahoma City and the author of The Old Testament Case for Nonviolence, from which this article is adapted. Listen to the podcast episode with Matthew about his book.
All Posts
About Articles on LCI LCI posts articles representing a broad range of views from authors who identify as both Christian and libertarian. Of course, not everyone will agree with every article, and not every article represents an official position from LCI. Please direct any inquiries regarding the specifics of the article to the author.