Deuteronomy 17:14-20 as an Ancient Limitation on Political Authority 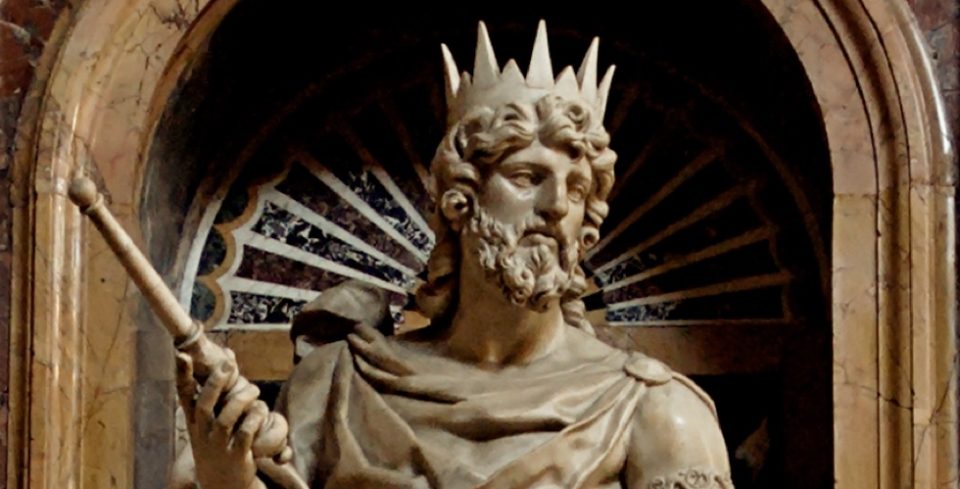 Deuteronomy is a puzzling book. It’s a marvelous ‘farewell sermon’ by Moses before Joshua takes up command, but the literary history challenges any historian or scholar who ventures to ask how and when it was written (and by whom and why). There are countless theories and to recite them would be beyond the scope of this piece. However, after studying the topic for a number of years, I believe the book has some form of oral or literary origins in ancient Israel (even going back to Moses himself) but was revised by scribes after the reign of Solomon. This likely happened alongside the rest of Genesis – 2 Kings, which is itself a single literary unit generally understood to have been composed around the 540s-560s BCE (though utilizing earlier sources). Being post-exilic and written under the administration of a pagan king, the historical books have an unmistakable anti-imperial flavor.

The limitations of royal authority in Deuteronomy 17:14-20 are one indicator of this fact. Moses both anticipates kingship (which came a couple hundred years later) and limits it. Not only that, but he also gives very specific instructions that seem narrowly-targeted at one of Israel’s most controversial kings: Solomon. The writers forbid having too many horses, too many wives, and too much raw commodities (among other things). Sound familiar? The original sermon as delivered by Moses was likely revised to include these specific details so as to make them more relevant to the post-Solomon audience. But regardless of who, to whom, when, and how this chunk of text was written, it was an extremely early case for limited government:

Limitations of Royal Authority
14 When you have come into the land that the LORD your God is giving you, and have taken possession of it and settled in it, and you say, “I will set a king over me, like all the nations that are around me,” 15 you may indeed set over you a king whom the LORD your God will choose. One of your own community you may set as king over you; you are not permitted to put a foreigner over you, who is not of your own community. 16 Even so, he must not acquire many horses for himself, or return the people to Egypt in order to acquire more horses, since the LORD has said to you, “You must never return that way again.” 17 And he must not acquire many wives for himself, or else his heart will turn away; also silver and gold he must not acquire in great quantity for himself. 18 When he has taken the throne of his kingdom, he shall have a copy of this law written for him in the presence of the levitical priests. 19 It shall remain with him and he shall read in it all the days of his life, so that he may learn to fear the LORD his God, diligently observing all the words of this law and these statutes, 20 neither exalting himself above other members of the community nor turning aside from the commandment, either to the right or to the left, so that he and his descendants may reign long over his kingdom in Israel. (NRSV)

The reason for the specific prohibitions are obvious and explicit: they lead to moral decay and a lack of integrity. In any case, those against the accumulation of capital and exaltation of the self deserve our specific attention.

Why mustn’t a king acquire too much wealth? For the obvious reason that the king’s wealth is stolen property. Any property acquired while in office, through political means, is theft. When assets are obtained through involuntary exchange rather than voluntarily, there is no limit to how much can be acquired; it’s economic exploitation. And remember: Solomon’s tax and labor policy is what led to the workers’ revolt and secession of the Northern Kingdom in 2 Chronicles 1-8 and 1 Kings 12. So-called ‘public assets’ are tainted, or as Proverbs 23 might put it, “deceptive”.

When you sit to dine with a ruler, note well what is before you, and put a knife to your throat if you are given to gluttony. Do not crave his delicacies, for that food is deceptive. (Proverbs 23:1-3, possibly written by Solomon or some of his disciples)

Why “deceptive”? Interpretations vary, but as referenced above, perhaps because the food is acquired through coercion and politics. It’s ‘fake’ like that. The ruler didn’t work to give you this food; he simply made his way to the top of a gang which harvests someone else’s production.

But what about verse 20: “neither exalting himself above other members of the community”? Isn’t that the king’s job? We would certainly think so, at least in today’s political meetings and conferences. “I shook the President’s hand!” “I met the Senator myself; she’s so nice!” “Wouldn’t it be amazing to work in an office with the Senator in DC?” Control depends on a power differential, and power differentials depend on manifested communications letting the people know who is in charge. Whether through raised platforms, closed doors, coded dress, or a simple social media cult following, the state and its employees ensure clear boundaries and visible lines between the rulers and the ruled. I forget who said it, but the best kind of dictatorship is automatic: where the people monitor and limit themselves.

The amazing thing about the instruction in verse 20 is that it acknowledges kingship while simultaneously undermining its essence. What is a “king” on the same level as “other members of the community”? At the very least it’s a different kind of administration. One might read this text canonically as an anticipation of a new kind of administration that isn’t so separate from the people, but rather is Emmanuel, “God with us.”

Did you like Deuteronomy 17:14-20 as an Ancient Limitation on Political Authority?
You may also like These Posts: