ISIS, the Crusades, and Religious Violence 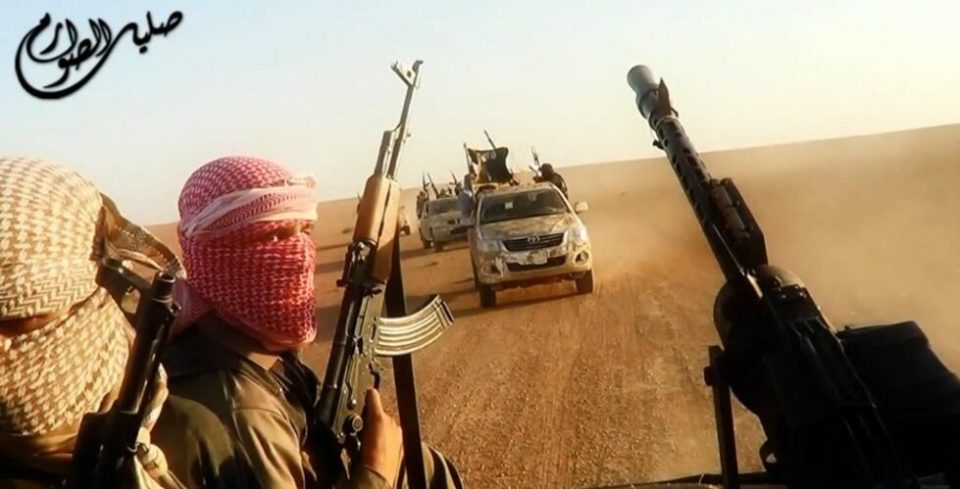 This guest article is by Joel Poindexter. Joel is a Christian libertarian, OIF veteran, and part-time writer focusing on economics and foreign policy. His work has been featured at Mises.org and Antiwar.com, among others. Follow him on Twitter.

Contents show
1 Christians Resorting to Violence
2 Who Has the Right to Justify Violence?
3 Fighting Fire with Fire
4 More is Expected of Us

With the savage violence being reported daily from the Middle East, and with news of the recent Christian martyrs in Libya, what to do and how to respond has been a hotly debated topic. In most conversations, the only points of debate are how much military power needs to be exerted and how swiftly these powers should act. While this is expected of mainstream political players which are essentially characterized by their use of force, such attitudes are becoming increasingly more common in Christian circles.

How Christians ought to respond to persecution is clearly outlined in scripture, see Matthew 5:38-40, 1 Peter 3:14, and 1 John 3:13 for examples. Nevertheless, even devout believers are tempted to eschew these teachings and give in to militaristic tendencies for a variety of reasons, among them pragmatism and expediency. This ungodly mentality is not only dangerous in the short run due to the often unexpected and brutal consequences of militarism, but it also brings trouble for the church in the long run.

Take for example the Crusades, which have long been used as a cudgel against Christianity. President Barack Obama recently mentioned them at a prayer breakfast. As one might expect, he was quickly criticized for bringing them up.

Some Christians were offended he would reach so far back into history to dredge up stains on the church. They said that, after all, the Crusades in no way represent their faith, and clearly run counter to the gospel. They resented being lumped into one group, indistinguishable from the murderers and plunderers of Medieval Europe.

Still, if Christians resent this characterization, how can they turn around and conflate crucifiers and cannibals with everyday Muslims who neither engage in, nor condone, the practices of the Islamic State? Whatever the Koran tells followers must be done with infidels, it’s telling that of the 1.6 billion Muslims in the world, so few actually engage in terrorism.

Who Has the Right to Justify Violence?

Other Christians were indignant because such statements about the Crusades seemed to draw a moral equivalence between Islamic terrorists and Christians repelling invaders and retaking the Holy Land. They argue that such a comparison ignores key distinctions between the groups and their motives. Sure, the Crusaders sinned, but it was not as bad as what Islamic terrorists do and thus the Crusaders are justified. We know from scripture, however, that any such distinction is irrelevant in God’s eyes, that none are blameless, and indeed there is a moral equivalence regarding sin. See Romans 3:9-20 and Romans 3:23. This is why His grace is extended to all who accept it, regardless of their past life. Can a Crusader repent and be saved? Yes, and so can a terrorist.

A third group of Christians was outraged because they see nothing wrong with the Crusades, and in fact consider them something to be celebrated and repeated. This is reprehensible. There can be no reconciling the Crusades with any part of Jesus’ teachings. Endorsing such brutality against innocents denies the Lordship of Christ and overturns the whole of the New Testament’s witness to Jesus.

A misconception pervades these debates regarding so-called “religious violence” wherein only “The Other Religion” engages in atrocities. Islamic terror groups such as al-Qaeda, Boko Haram, and the Islamic State come easily to mind. But so too should certain Irish militias, and undoubtedly the groups now marauding through the Central African Republic are considered “Christian” terrorists.

Worse still, most methods of combating terror groups are in fact indistinguishable from terrorism. This is especially evident when innocent civilians are targeted – wittingly or unwittingly – by military forces. In the past six years, more civilians have died in drone bombings than died on 9/11, not to mention the estimated one hundred fifty thousand Iraqis killed during the last war. Commonly referred to as collateral damage, this euphemistic term devalues the lives of those it affects, in direct contradiction to scripture.

Millions live in horror of US weapons. Adults are paralyzed by the stress, and children long for cloudy days when the drones do not fly. Many Christians describe the United States as being a Christian nation, founded upon Christian values. If this is true, how should the US be perceived by those who are targeted, other than state-sponsored Christian terrorism?

More is Expected of Us

Such violence does not reflect true Christianity, but that fact does not negate the perception others might have, and promoting more conflict only reinforces the idea that it is acceptable and desirable for Christians to wage war.

Supposing the Islamic State’s armies are bent on exterminating all Christians everywhere, we can be confident in scripture this will not happen. Still, the attempted genocide of early Christians quite literally built the church. Persecuted Christians introduced the gospel across Europe and Asia, and persecution reinforced how Christ’s death and resurrection was to be the Church’s one foundation.

This does not mean things will be easy, far from it. Nevertheless, Brian Zahnd explains that “as Christians we persuade by love, witness, Spirit, reason, rhetoric, and if need be, martyrdom, but never by force. Christ followers are called to embody the peaceable kingdom of the Lamb.” Christ did not come to condemn the world (John 3:17), and neither should Christians.