Vengeance is Mine, Says the Lord 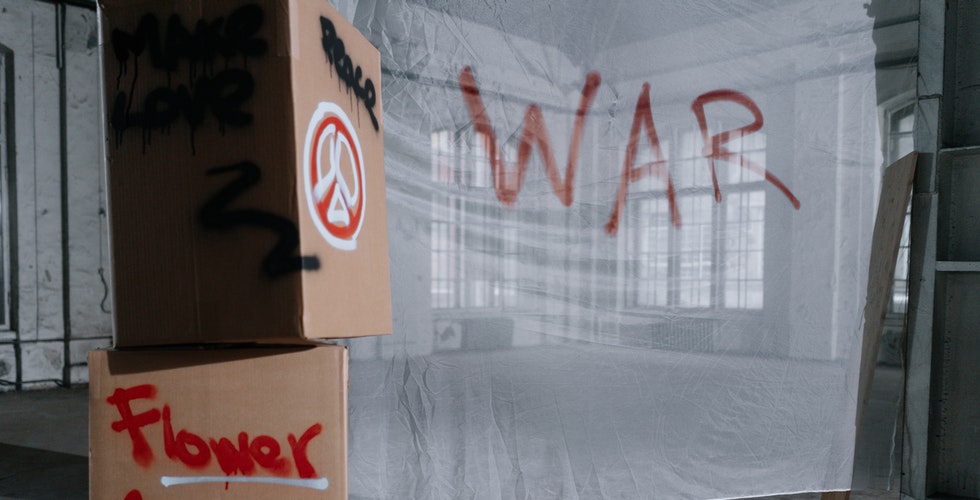 …Trample underfoot those who lust after tribute;
scatter the peoples who delight in war.
-Psalm 68:30

What’s so great about a king? What’s so great about a president? Every four years it seems like too many American Christians become like the wayward Isrealites of old, except instead of a king, they demand a president. But the reason is the same: they want to be like all the other nations. Living peaceably among one another, as Paul instructs in Romans 12, is simply too hard. If Paul had lived in the twenty-first century, perhaps he wouldn’t have been so blasé about his seemingly impractical instructions for how Christians should live. How can we live peacefully and harmoniously with each other when not everyone is a believer? What about rapists and drug-dealers that President Trump warned are coming in from Mexico? What about ISIS, Iranian radicals, and just about everyone that’s not an American? Aren’t they all a threat to our peace? In the same chapter of the book of Romans, Paul says to “repay no one evil for evil,” and also:

…never avenge yourselves, but leave it to the wrath of God, for it is written, “Vengeance is mine, I will repay, says the Lord.” To the contrary, “if your enemy is hungry, feed him; if he is thirsty, give him something to drink; for by so doing you will heap burning coals on his head.” Do not be overcome by evil, but overcome evil with good. (v17-21)

It seems that a lot of American Christians interpret the passage this way:
“Always avenge yourselves, because God cannot be counted on to do what he says he will do. If your enemy is hungry, impose sanctions that starve him; bomb him or send drones to kill him and his family. If he is thirsty, poison his wells with defoliants, for by doing so you will spread democracy and American values. Do not be overcome by evil, but overcome evil with military strength.”

It’s simple: is the Bible serious when it demands that we not repay evil with evil? Unless Paul is being hyperbolic in the hopes that we implement this “when possible,” then Christians should not repay evil with evil. By some estimates, there have been more than 100,000 civilian deaths from the Iraq War alone, since 2003. This does not even account for military deaths—both American and non-American—nor does it include the hundreds of thousands of Iraqi deaths in the 1990s as a result of US sanctions. Nor does it account for deaths from US wars in Afghanistan, Syria, Yemen, Somalia, Libya, and elsewhere. The state of affairs in Yemen alone is genocidal, fueled by US arms sales to its ally Saudi Arabia, the same Saudi Arabia from where fifteen of the 9/11 hijackers originated, and the same Saudi Arabia that executes dissidents in the public square. President Trump defended America’s relationship with Saudia Arabia in 2018, saying they “have been very responsive to [his] requests to keeping oil prices at reasonable levels – so important for the world.” And yet, too many American Christians have pounded the war drums for the last twenty years (and longer), pretending that the US military is God’s twenty-first-century instrument of justice. “Vengeance is mine, I will repay, says the Lord” (v19). Are some American Christians so bloodthirsty and impatient that they would send America’s youth to the sands of the Middle East to exact vengeance? Is vengeance theirs, or God’s? Should we repay evil with evil, or shouldn’t we?

More than 6,000 Americans have died since 2001 fighting the War on Terror, and tens of thousands more have been injured and wounded, many crippled for life. It’s also been estimated that more than twenty veterans commit suicide every day in the US. In 2012, more soldiers took their own lives than were killed in combat. The modern era of the global War on Terror ostensibly started after 9/11, an event which tragically took the lives of nearly 3,000 American civilians (though of course, the US’s involvement in the Middle East goes back much further). If America’s wars in Afghanistan, Iraq, and elsewhere were supposedly started as a response to 9/11 and were intended to eradicate terrorism, how many more American deaths will achieve this goal? Can the US government justify 6,000 combat deaths as part of an effort to rectify 3,000 deaths? “You have heard that it was said, ‘An eye for an eye and a tooth for a tooth.’ But I say to you, Do not resist the one who is evil,” Jesus says in Matthew, Chapter 5. While “an eye for an eye” is our natural response, Jesus is clearly calling for a different response.

The fear of being labeled unpatriotic drives American Christians to join in the chorus that demands bloodshed. Often the response to peace advocates is that “we can’t just do nothing.” A primal instinct for revenge is often a more powerful force than the Christian tenets of peace by which believers are called to live. While Jesus is not saying “do nothing,” he is saying that responding in kind is not the answer. He goes so far as to say that if anyone slaps us on the right cheek, we should turn to them the other cheek also (v39). This is not a call for abstention, but on the contrary, a call to action— just not the action most American militants want. So again, we wonder, is Jesus serious when he commands non-violence? Could he have possibly foreseen September, 2001? or 2019?

Repaying death with death may seem like it will satisfy our demand for justice, but it is counter to Jesus’s call to not resist the one who is evil. Does this mean to invite chaos and destruction into our lives? It wouldn’t seem so, but rather it is a reminder that as Christians, vengeance belongs to the Lord; let everyone else worry about chariots and horses. The exact line between prudent preparation and deadly retaliation is difficult to discern, but the command to not repay evil with evil is clear. As Leo Tolstoy mockingly said of those who doubt Jesus’s sincerity in this, “Christ would have been happy to say what he ought, but he was not able to express himself as exactly and clearly as we can in the spirit of criticism, and therefore let us correct him” (The Kingdom of God is Within You). In other words, either Jesus was completely serious, or he wasn’t. When Jesus admonishes Peter for cutting off the ear of a Roman soldier in the events leading to the crucifixion, he asks his disciple, rhetorically, “Do you think that I cannot appeal to my Father, and he will at once send me more than twelve legions of angels?” (Matt. 26:53). If Christ, knowing what was about to happen, refused violence, then should we not also?

As these American wars continue, and more troops and civilians are killed, and more US veterans come home only to commit suicide, American Christians have a simple choice: beat the war drums in the name of patriotism and pretend, as Tolstoy suggested, that Christ didn’t really mean what he said, or denounce the gods of war and do not repay evil with evil. Vengeance is the Lord’s, not the American public’s, not Congress’, not the US military’s, and not Donald Trump’s.

Too long have I had my dwelling
among those who hate peace.
I am for peace,
but when I speak, they are for war!
-Psalm 120:7

Kollin Fields has written for the Libertarian Christian Institute, the Foundation for Economic Education, the Mises Institute, and elsewhere. He is a Ph.D. student in History and may be reached at his website kollinfields.com.

PrevPrevIs a fight with ISIS a “just war”?
NextISIS, the Crusades, and Religious ViolenceNext