Those in Need Will Work for Food 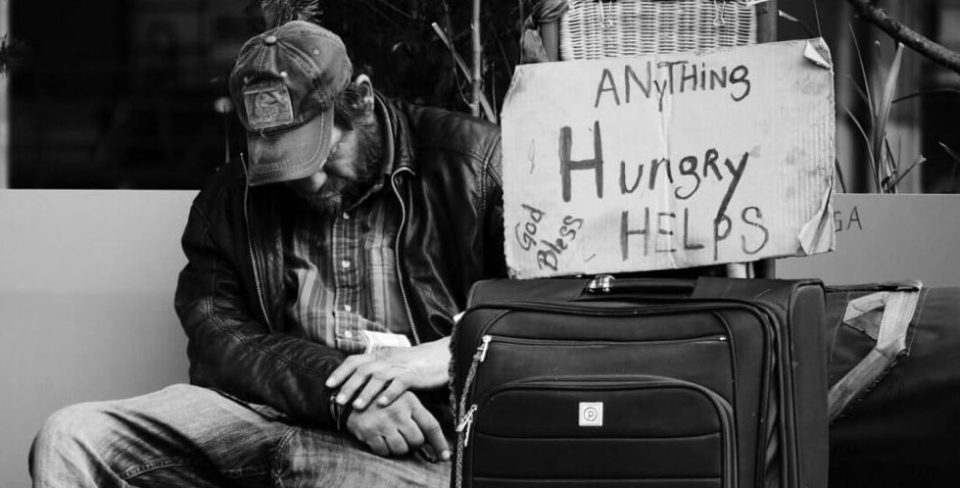 “Will work for food.” That’s a common cardboard sign you’ll see from someone in need. And the response at Watered Gardens is, “You’ve got a deal.”If someone wants to work for their food, they can earn what they need: work for an hour in the Watered Gardens Worth Shop and get a week’s worth of food.

Instead of a handout, this exchange preserves dignity and awakens worth in people, while also making a small break in the cycle of dependency that traps so many. It’s really a beautiful thing. And it happens more than 300 times every month.

But for those holding the keys to the majority of food donation storehouses, this exchange is problematic. In order to access food donations made to the large food bank in Southwest Missouri, Watered Gardens has been told to first remove any exchange aspect and simply give the food away.

Even if someone wants to work for it.

If the food banks only distributed federal food subsidies, this wouldn’t be an issue. Watered Gardens wouldn’t accept those anyway because a core principle for the mission is the belief that authentic charity is private and voluntary. Thus, the mission is 100 percent privately funded and resourced.

But the food bank doesn’t just distribute federally subsidized food. It also gets donations from private grocers such as Walmart. Watered Gardens would love to access those food donations, and local Joplin stores have even expressed an openness to partner, but a corporationwide contract with Feeding America prevents this.

Feeding America is a national network of food banks that includes the food bank in our region. Its compliance department’s effort to honor federal tax credit guidelines results in strict “no strings attached to food” language in its agreements with local charities.

The end result is that a mission such as Watered Gardens is faced with a choice. Agree to give the food away and have access to large stores of donated food or keep the work exchange in place and find the private food donations in other ways. Because of the mission’s philosophy and principles, it’s an easy choice to make. We’ll find private food donations in other ways.

That’s why in the month of May Watered Gardens is doing a “Feed the Need” food drive. With drop off locations at Food 4 Less, Christ’s Church of Oronogo, the 105.3 New Life radio station, and of course at the Watered Gardens Outreach Center located at 531 S. Kentucky, folks can donate food such as peanut butter, canned fruit, canned meats, pastas, etc.

The mission’s pantry is low. And so many people struggling with poverty and homelessness are willing to work for food. We need help from the community to ensure that the food they earn matches and even exceeds the quality of what they could get from a handout.

Travis Hurley is Director of Advancement for True Charity Initiative.

Want to learn more about the principles of True Charity?  You can at True Charity University, an online learning platform offering interactive at-your-own-pace courses that help fine-tune your charitable practices, ensuring they help rather than hurt those in need.  Visit university.truecharity.us to get started!

Read More »
PrevPrevEp 222: Following Jesus in a Culture of Fear, with Scott Bader-Saye
NextHuman Nature and the Free SocietyNext