Don’t Let the Left (and the Right) Steal “Social Justice” 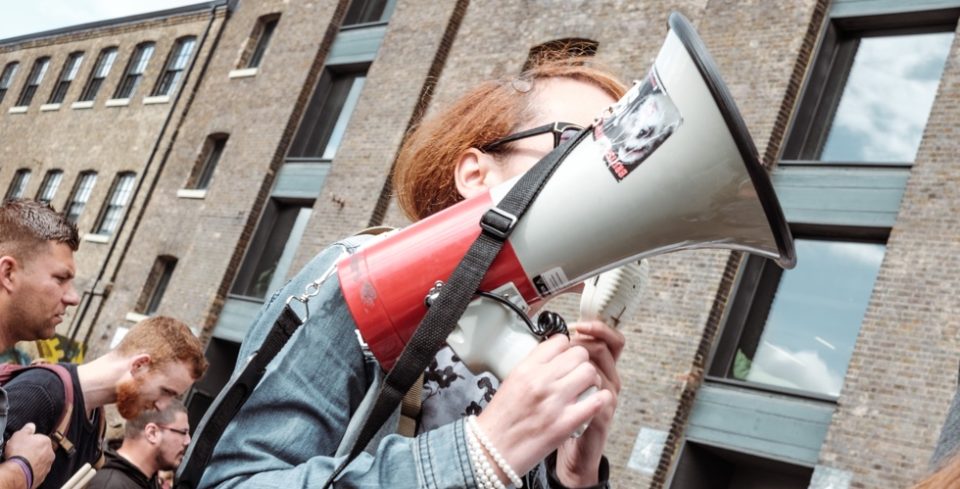 “There is no sport for the ignoramus like killing a useful word.”

The meaning of words can be killed in countless ways – overuse, abuse, misuse, to name a few. Indeed, words are like people. They are born from parents, get married in many different ways, have affairs, engage in a variety of friendships, have children (or not), etc. Words have entire semantic lifespans, in ancient times originating from interaction with the physical world in simple ways, emerging into vivid metaphors in their prime, then becoming “dead” in elder age, and finally becoming archaic (truly dead). “Run for office,” for example, used to be novel and odd, and then became a common but nevertheless picturesque metaphor that people enjoyed using. Today, it currently stands as a dead metaphor that we don’t even think about. In the future, people will have to look up what “run for office” means since it will be archaic.

Sometimes words are killed prematurely before they reach adulthood. Sometimes they are stillborn, and never even walk. In other cases, they hang around for centuries. And what’s particularly unfortunate is when words become owned and in throughout their lives, lose their dignity and meaning.

In contemporary times, a wonderful word-dyad  “social justice,” or in some cases word-triad, “social justice warrior” (SJW) has been needlessly killed, or at least monopolized to a small group. The original combination of “social” and “justice” can be particularly rich, given the broad capacity of each term, the ancient ideas of each (think of justice and the just society in Plato and Aristotle), and the endless relationships between them. Generally construed, a “justice” that is “social” is a concern for what’s right and fair for the whole of society and not simply the individual. Naturally, then, the idea latched onto those with a more collectivist orientation. It wasn’t long in western discourse and “social justice” became synonymous with extremely specific (and party-loyal) economic policies like minimum wage, socialized medicine, or welfare programs for those who meet a certain income criteria.

Today, “social justice” has gained tremendous connotative baggage, such that to even speak of it is it risk being thought of as “radically progressive” (whatever this might mean). The same goes for “environment,” and a dozen other politically-charged words. Given Barfield’s insight in the quote above, it doesn’t take long to realize why so many good words are being killed in this arena: the ignoramus thrives in the political realm. Political affairs, in turn, become the extermination camp of linguistic meaning.

The wonderful thing is, words can always change meaning. And that is entirely up to those who use them. That’s how words originally gained their meanings to begin with: by people using them. So my challenge is to redeem “social justice” and yes, even the “social justice warriors” – like authentic ones, such as Jesus of Nazareth and Murray Rothbard.

Jesus’ concern was with individuals and groups, with families and cities, with nations and countries. There was little in creation outside the redemptive scope of his life and mission. However, one obvious dimension of his life and work was dedicated to the “social justice” sphere, which in his time revolved around, well, the same stuff we’re still dealing with today: militarism, taxes, massive debt problems, a religious system the preys on the vulnerable with help from the government and vice versa, etc.

In the first century Greco-Roman world, the “temple-state” of Jerusalem was the belly of the beast. The temple is where the debt records were stored – most of which were accrued out of desperation (i.e., borrowing because there was no other choice), and it’s where the religious leaders used their authority to support a government and economic system of exploitation.

“After ten years of unsatisfactory rule in Judea by his son Archelaus, the Romans placed Judea (along with Samaria in Idumea, but not Galilee) under the command of a Roman military governor, who in turn ruled Judea through the high priestly aristocracy. Structurally there were thus still at least two levels of rulers with demands for revenues from the peasantry, the Romans looking for their tribute and the Jerusalem high priesthood for tithes and offerings. The priestly aristocracy was responsible for collecting the tribute as well as managing their own revenues. The Roman governor appointed and deposed the high priest from one or another of those families, while other leading members of the families occupied other offices in the temple-state….

With the priestly aristocrats and wealthy Herodians eager to lend, the people’s poverty led to debts, which in turn led to losing control of their land to their wealthy creditors. Land in the Judean hill country moved ever more into the control of Herodian and high priestly families.” Horsley, Covenant Economics, 85

The “church” of Jesus’ time had become compromised. The Sadducees and even the Pharisees, to some degree, were an arm of the state – all used to harvest more and more from the general population – which was poor. The famous Sermon on the Mount, the table-flipping in Jerusalem, and the key phrase on “debt” (an economic term) in the Lord’s Prayer was meant to address this situation. In short, Jesus was the real SJW, prophetically calling out a systemic and structural evil of taking advantage of the vulnerable.

Fast forward to the 20th-century economist Murray Rothbard (who, incidentally, had a Jewish heritage) and we witness the same thing. Rothbard’s book What Has the Government Done to Our Money? is another a prophetic calling-out of a systemic and structural evil that takes advantage of the vulnerable. Rothbard points out that this economic system of exploitation is the fractional reserve, monopolized central banking that forces fiat currency. In the case of the U.S., the “Fed” is privately owned, but does work exclusively with the federal government, and, in fact, uses the government to force everyone to use their currency/notes.

What makes the system “socially unjust” is that the debasement of a fiat currency causes inflation, so that everyone’s dollars are worth less. Without even doing anything, the poor on the street now have to pay $10 for a basket of vegetables instead of $7. Most people can afford to make up that difference, but the poor cannot. Central banking targets the most vulnerable in society and keeps them in poverty. And at the same time, this mechanism simultaneously profits the wealthiest sectors of the world. Every federal reserve note printed, just like everyday exchange on the Temple Mount of Jesus’ time, vividly symbolizes massive, systematic and structural social injustice.

There are countless other examples. The drug war. The way traumatized soldiers are treated. The way international corporations pass laws to put them at an advantage over their competition and force people to buy their goods and services (e.g., Obamacare). The way that regulatory agencies, like the SEC, have worked in favor of corrupt banks for decades. Bribe after bribe after bribe from lobbyists.

These are the conversations we need to be having. And it is amazing how much common ground one can make with Marxists, progressives, and even some sectors of neoconservatism when this is the focal point of discussion. True, there’s a lot of economic confusion and vagueness about culpability on this topic. But that’s precisely why it is so important to engage: it desperately needs clarity. It has to be made clear how certain activities, functions, and phenomena in our world constitute a genuinely unfair state of affairs. It’s not enough to simply mention growing “income inequalities,” “the rich getting richer,” “low wages,” or regurgitate other such vague and unhelpful banalities. One could talk instead about:

In short, it’s high time we all avoid playing the “these are the words that shall not be spoken” game, and look on as the ignorant masses kill wonderful words and, in doing so, destroy crucial concepts that directly speak to our lives. Properly understood, social justice is a central aspect of Christianity and libertarianism; don’t let Fox News tell you otherwise.

Did you like Don’t Let the Left (and the Right) Steal “Social Justice”?
You may also like These Posts: