The Three Hebrews and the Fall of Babylon 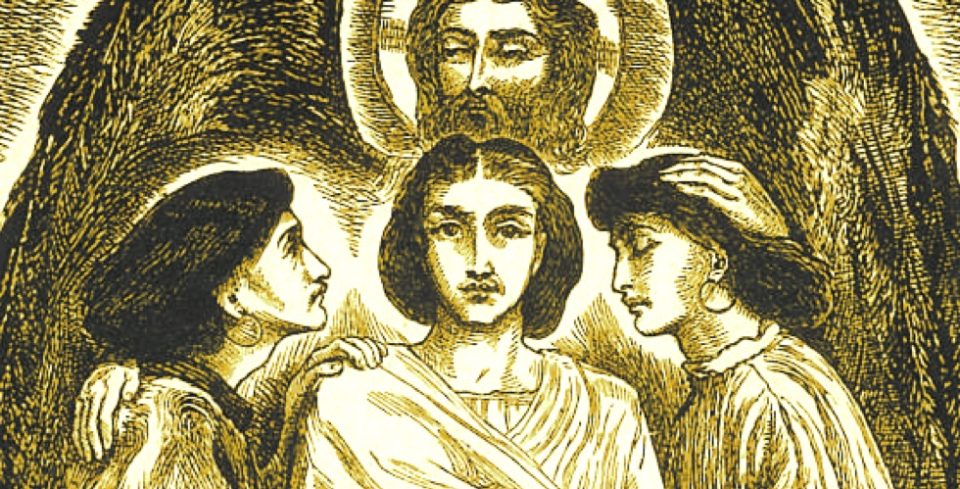 “And so it is important to see that there are times when a man-made law is out of harmony with the moral law of the universe, there are times when human law is out of harmony with eternal and divine laws. And when that happens, you have an obligation to break it, and I’m happy that in breaking it, I have some good company. I have Shadrach, Meshach, and Abednego. I have Jesus and Socrates. And I have all of the early Christians who refused to bow.”

It can be strongly argued that the Judeo-Christian Bible contains some of the earliest stories that pit divine morality against the concept of man-made rule. This is significant because rarely in the ancient world was religion separated from governance, and the exception was often the Hebraic people. The empires of Egypt, Babylon, Greece, etc. all had strong marriages between the priesthood and the ruling class. That is because human rule throughout history is an extension of sacrificial religion, and it is within this sociological context that we get stories such as that of the three youths Shadrach, Meshach, and Abednego from the book of Daniel in the Old Testmanent.

The background to this story is that the Babylonian king Nebuchadnezzar defeated the Israelite kingdom in 597 B.C. and took its inhabitants into captivity. Three of the captives were Hananiah, Mishael, and Azariah, young men who were ‘handsome, well-learned, and quick to understand.’ These three men caught the attention of Nebuchadnezzar, and so the powerful Babylonian king had them made into his servants in order to gain from their God-given intelligence and wisdom. The three youths were then given the names of ‘Shadrach’, ‘Meshach,’ and ‘Abednego.’

Though the three would comply with most of King Nebuchadnezzar’s laws, there was one area where they would not compromise, and that was their belief in the one true God of Israel. To the modern reader, this would not seem to be a big deal, especially when the reader takes pride in the secular laws of his time. But belief in the God of Israel is not simply just belief; it is an altogether different way of life that is clearly at odds with the way of the world, even the secular world.

Nebuchadnezzar all of a sudden had the idea of constructing a gigantic golden statue of himself, and then he decreed that all of his subjects bow down to it at the sound of any musical instrument. This is perhaps a precursor to the kind of national ceremonies we have in nation states today. The idea that a ruler, or a ruling structure, considers itself somehow divine is not unusual; it is a natural follow up to having power, control, and monopoly over violent force. Man often worships and appeases that which he fears, and what better thing is there to fear than that which can shut you down at the bat of an eye. Violent force, like what Nebuchadnezzar commanded, has a tendency to hammer out one’s philosophy and language; there is no real freedom utilized that is bestowed by God.

And so everyone bowed down to the idol of Nebuchadnezzar; everyone except Shadrach, Meshach, and Abednego. The fact that it was the king’s astrologers who informed on the three young men should not surprise anyone. “There are some Jews whom you have set over the affairs of the province of Babylon—Shadrach, Meshach, and Abednego—who pay no attention to you, Your Majesty,” they said to the king, “They neither serve your gods nor worship the image of gold you have set up.” The influence of intellectuals is a clever way of trapping the masses in a circular maze of well-designed groupthink. Violent force hammers out a certain kind of philosophy that prevents free and life-affirming thinking; it produces a certain kind of intellectual or popular personality who churn out a philosophy that maintains and perpetuates the sacrificial machine, where non-violent men, women, and children are continually thrown into the fire to uphold the sacredness of the law.

The three Jewish friends did not want to become fraudulent mouthpieces for violent force; they did not want to become tools for coercion. And it wasn’t because their consciences were pricked by some sort of worldly enlightenment (such a thing didn’t exist even in embryonic form back then), but rather it was because God demanded it of them.

King Nebuchadnezzar had the three men brought before him and asked them if it was true that they wouldn’t worship the golden statue. They replied to him, “King Nebuchadnezzar, we do not need to defend ourselves before you in this matter. If we are thrown into the blazing furnace, the God we serve is able to deliver us from it, and he will deliver us from Your Majesty’s hand. But even if he does not, we want you to know, Your Majesty, that we will not serve your gods or worship the image of gold you have set up.”

Nebuchadnezzar was enraged. He had the furnace heated ‘seven times hotter than usual’ for the three men to be thrown into. The King had the utmost confidence that the sacrificial fire of violence would uphold the sanctity of his rule. Little did he know that the God of Israel would indeed deliver the three men from the fire. Shadrach, Meshach, and Abednego relied, not on violent force, but only on the saving grace of the Lord to save them. The fire failed to even touch them, though it burned and killed the King’s servants who had thrown the three men into the furnace. It is worthy to note that the fire often comes back at those who feed it, such is the nature of violence that is wrought by men.

The King praised the God of the three young men. Soon he would be humbled; he would walk on all fours and live in the wilderness like a wild animal. Perhaps this is an indication of what happens when the children of God stick to God’s desire for ‘mercy not sacrifice.’ The non-violent, non-sacrificial love of God for the neighbor is like a contagion that sweeps away everything within its reach, even powers and principalities. Shadrach, Meshach, and Abednego, like Christ, serve as role models in how we should conduct ourselves in the face of tyranny. They serve as Christ-bearers for us, potential Christ-imitators of today, to rescue a world filled with hate and accusation. Where the world says sacrifice others, Christ says give yourselves up for your neighbor. It is this self-sacrificial love that disarms all, even kings and politicians, bringing the machine of mass incarceration and mass killing to a complete standstill.

The Prophet Daniel, a friend of the aforementioned three youths, would later proclaim that a great King would arrive, defang the beast that ‘crushed and devoured its victims,’ and take his throne on Earth. This King would take away the power of all the rulers of the world; all will worship and obey him. We now know who this King is; he is the Nazarene who defeated the powers and principalities on a cross at Calvary. The crucifixion of Jesus was a continuation and completion of the story of the three youths, the final nail in the coffin of human sacrifice. Today, we are called to imitate this Jesus and to continue deconstructing the modern variants of human sacrifice such as the incarceration of non-violent offenders, sending soldiers to die in wars, the murdering of infants in abortion clinics, the polarization of nations due to ideologues and identitarians, persecution of truth-tellers, and the violence that devours us all individually.

In a crucifixion-haunted world there can be nothing but victory for peace, love, and mercy, for what Christ, the rescuer of the three youths, has unraveled continues to fade, fall, and burn away from the face of human history.

Did you like The Three Hebrews and the Fall of Babylon?
You may also like These Posts: