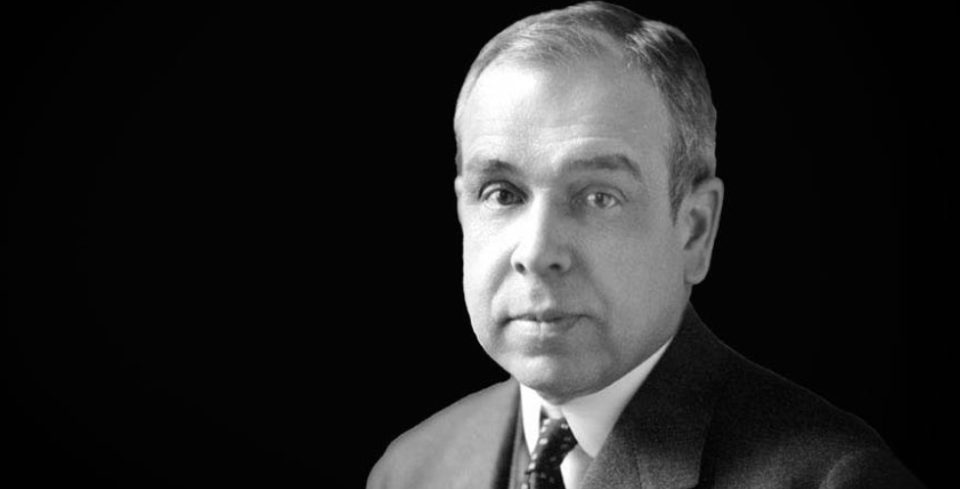 In my last article of this series, I discussed why taxation is theft. The ultimate problem with taxation is its involuntary nature. Theft begets irresponsibility compounded by a lack of accountability, which results in diminished rewards of ownership. Taxation decreases overall wealth and discourages production.

Government reserves a portion of tax revenue for public lending. No doubt  you heard in this last election cycle promises from political candidates who would “do more to help small businesses,” or who want to support those “most hurt by the economy,” by giving them the opportunities that the private sector won’t. These programs come in the form of either government loans or subsidies, and are always presented as ways of “stimulating the economy,” or “fighting poverty.”

Once again we must look at what is unseen. We cannot understand the true value of these programs until we see both the seen and unseen effects. In this lesson, both Hazlitt and North focus on government loans.

Private lending is a process that is self-liquidating. Profits made from subsequent products or services produced pay for the cost of a business loan. A business loan ought to beget production for the economy: the borrower makes enough profit to pay back the loan and continue building his business, the lender makes enough profit to lend to more borrowers, and the consumer has access to new goods and services that weren’t available before. When lending is done well, everyone wins.

But private lending discriminates; it favors those borrowers with good credit. What exactly is credit? In common parlance, credit is the money a bank loans you. But this isn’t true. Hazlitt explains how credit is the non-liquid capital you own and take to the bank as collateral for a more liquid form of capital: money. Both the lender and the borrow are owners of capital. Credit is your reputation for being productive in the economy. This comes in the form of your mastered skills, obvious good money management, and good character. So a person who comes to the bank with poor (or no) credit, isn’t an owner of this form of capital. In order for this person to get a loan, he would need a co-signer; another person willing to put their own reputation up as collateral for the one with a poor (or no) reputation.

Politicians see this as a political opportunity. They appeal to the voter’s sense of empathy and charity, by suggesting the government can co-sign a loan to help those who don’t have the capital of good credit. It’s just the thing we need to correct an (alleged) unfortunate moral failing of capitalism. The presumption being, both private and public lending produce more wealth. Sounds like an even better deal, right?

Remember, both Hazlitt and North want you to pay attention to the unseen; those things that are not immediately observable. The unseen has a greater impact long term than what is seen. So what is seen is that both those with good credit and poor (or no) credit get access to capital. But what is unseen?

When a lender is taxed, he has less capital to loan. Where he had enough to loan to borrower A and B, taxation only makes it possible to lend to A. Now suppose that tax revenue was lent to borrower C, who wouldn’t have been able to borrow from the private lender because of his poor credit. Borrower B doesn’t get access to a loan at all because his good credit disqualifies him from public lending, and the private lender doesn’t have enough to loan to him after taxes. Borrower B loses out. Because of his poor credit (low reputation for being able to repay the loan), Borrower C defaults on his loan, and isn’t able to repay.

In a private lending situation, a defaulted loan means the borrower, the lender, and the consumer all lose out on the production of wealth that might have occurred from the loan. The lender must make up for that loss. The loss has hurt the borrower’s reputation, making it harder for him to get a future loan.

In a public lending situation, a defaulted loan means the borrower and the consumer lose out on potential production, but what about the government? Unlike the private lender, the government loses nothing because they’ll just increase taxes the next year. It directly connects the solvency of the government to its ability to tax. So the tax payer also loses out even though he had no knowledge or choice in the matter. In reality, it predicates the government’s ability to co-sign a loan to a borrower on the incomes of ordinary people including that private lender.

Now, over time, this cycle of tax-loan-default-loss-tax markedly influences the private lender and soon he doesn’t have enough money to lend even to borrower A. The private lender must shutter its business, or else ingratiate himself in the business of public lending. In the meantime, politicians who once advocated on behalf of the little guy, now advocate on behalf of the state. “If the state will take on all this risk,” he says, “then the state should enjoy the profits so they can be equally distributed to the tax payers.” This is one way democracy turns into socialism.

Since the government isn’t assuming any real risk, because it’s not a real owner of capital, and instead is passing it on to the taxpayers, the unseen effect is that public lending pushes out private lending. Capital is routinely lost through public malinvestment, which promotes favoritism, cronyism, scandals, and so forth, and then blamed on the free market.

Government lends confiscated revenue to high-risk and dubious projects; defaults on repayment inevitably occurs, which requires more confiscation. Wealth producers who cry foul are labeled greedy for not wanting to help the poor. The proposed solution is to vote into office more moral people. And each subsequent election becomes “the most important one in history.” (Sound familiar yet?)

North’s lesson however, is one of ethics. If we understand that credit is the reputation we create through our own efforts and decision making, then we know what it takes to get ourselves out of poverty. However, personal effort and striving is made more difficult by government intervening in lending to people and institutions who haven’t built (or re-built) their credibility. Instead, such practices hinder good credit efforts, discourages production, and steals wealth from those who are in a position to create it. This keeps people in poverty longer. Though the intent of government intervention is always benevolence for the less fortunate, the lasting effect is perpetual poverty. In the final analysis, good intentions simply don’t matter; public lending is a bait and switch.

Knowing how unethical and counter-productive public lending is, can Christians in particular really support such policies?

Can we really get away with supporting aggressive policies just because of the superficial intent behind them?

The basic instrument the government has is its use of force. And whether you favor limited government or anarchism, taking wealth from some to give to those who aren’t ready to use it towards productive ends, is not benevolence; it’s malevolence. The irony is this: while advocates of government intervention blame the free market for being the moral hazard, despite evidence to the contrary, the virtue they wish our society had is found in the very system they deride, and is ultimately what finances the failed venture of public lending. I’ll close with this quote from Deirdre McCloskey:

“The growth of the [free] market… promotes virtue, not vice… The honesty of Dutch merchants in the seventeenth century [was] “not so much [to]… a principle of conscience or morality, as from a custom or habit introduced by the necessity of trade among them, which depends… upon common-honesty…” In the Bulgaria of socialism, the department stores had a policeman on every floor—not to prevent theft but to stop the customers from attacking the arrogant and incompetent staff charged with selling shoddy goods that fell apart instantly. The way a salesperson in an American store greets customers makes the point: “How can I help you?” The phrase startles some foreigners. It is an instance in miniature of the bourgeois virtues.”

Why Creating Wealth Is Not Exploitative

Read More »
PrevPrevEp 95: In Defense of Openness with Jason Brennan
NextThe Three Hebrews and the Fall of BabylonNext