Are You a “Resident Alien” or Have You Gone Native? 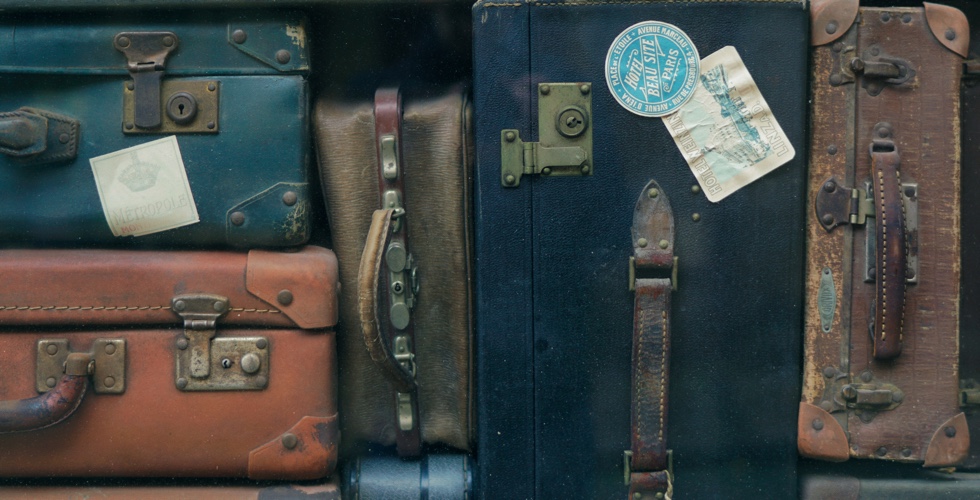 In his book The Patient Ferment of the Early Church, Alan Kreider discusses how the early Christians lived in tension between the indigenizing principle and the pilgrim principle—between being at home in their culture and being a resident alien. These principles, exposited by missiologists, explain the ways in which Christianity both changes a culture and also takes on the distinctive forms of that culture. Kreider defines the two principles thus:

The indigenizing principle: Christianity enters a culture and finds new expressions there, discovering understandings and customs that embody the way of Christ. Christians celebrate the culture and are at home in it; they are residents in it.

The pilgrim principle: Christianity enters a culture and finds ways in which the culture contradicts the way and teachings of Christ. So Christianity critiques the culture, and seeks to embody alternatives that challenge the culture and invite it toward a life in which injustice, violence and oppression are overcome. In the culture Christians are not fully at home; they are resident aliens (paroikoi) in it. (pp. 97-98)

It is important for these two principles to work in balance. If the pilgrim principle becomes too pronounced, for example, it makes it increasingly unlikely that people within a particular cultural setting will be able to understand the gospel message and embrace it as their own; it becomes inaccessible and completely alien. However, if the indigenizing principle takes precendence, the church is likely to become a prisoner of the culture in which it finds itself—”defying Christ and his way and succumbing to the gravitational pulls that in every culture lead to injustice, violence, and oppression.” When the two principles are in harmony, Christianity acts as a liberating force, enabling “the culture’s best self to flourish as its people find Christ in their midst, living, teaching, and finding goodness in their culture” (p. 97).

For the early Christians, this tension caused them to experience both gratitude for the good in their cultures as well as a new distaste for those aspects that contradicted the message of Christ, so “out of love for their cultures, the Christians attempted to embody alternatives that pointed the way forward for the healing of their cultures” (p. 98).  Referring to the anonymous second-century Epistle to Diognetus, Kreider writes:

They know the tension between their two citizenships that expresses itself in a commitment to the local culture that is clear but conditional. Christians are ‘cafeteria Carthaginians.’… As a result, Christians are hybrid people. They are paroikoi, resident aliens, living locally and participating in society, but not as full citizens. (Kreider, pp.98-99)

As Christians living in the twenty-first century, it’s essential that we reconnect with our biblical calling to be “aliens and strangers” in this world (1 Pet 2:11) and abandon nationalistic identities in favor of being a “cafeteria [insert your cultural identity here].” Our loyalty to our country or culture must be conditional in order to express full loyalty to Christ and his principles.

But how do we know where to draw the line? What are the conditions when we allow our ‘alien-ness’ to become evident? An obvious (though perhaps vague) answer might be “when what the state or our culture demands of us conflicts with what God requires of us.” American Christians seem to understand this intellectually, but recognizing when the conditions are actually met appears more difficult. Many of us would probably recognize that the conditions would be met if the government demanded that we renounce our faith in Jesus and make sacrifice to a golden statue. Many Christians currently believe the conditions are met when it comes to participation in gay wedding ceremonies, mandated insurance coverage of birth control, mandated abortion referrals, and perhaps a few more issues. But is that the extent of it?

As Jesus explained, the Law and the Prophets essentially boil down to two commandments: “You shall love the Lord your God with all your heart, and with all your soul, and with all your mind,” and, “You shall love your neighbor as yourself” (Matt 22:36-40, NRSV). Jesus indirectly repeats this same message in one of the most misunderstood passages in the New Testament. Earlier in the same chapter, the Evangelist records the episode when the Pharisees asked about paying taxes. Jesus answers them, “Give therefore to the emperor the things that are the emperor’s, and to God the things that are God’s” (Matt 22:21). As Norman Horn explains, Jesus reveals the Pharisees’ hypocrisy in that they have “bought into the Romans’ pagan system” and violated the second commandment by bringing a graven image into the temple. No one can serve two masters (Matt 6:24), and the Pharisees have violated God’s commandment in order to obey Caesar’s commandment; it is obvious whom they have chosen to serve. The Hebrew scriptures declare that everything belongs to God, and as bearers of God’s image, the Pharisees ought to give their whole selves to God. Jeffrey F. Barr writes:

With one straightforward counter-question, Jesus skillfully points out that the claims of God and Caesar are mutually exclusive. If one’s faith is in God, then God is owed everything; Caesar’s claims are necessarily illegitimate, and he is therefore owed nothing. If, on the other hand, one’s faith is in Caesar, God’s claims are illegitimate, and Caesar is owed, at the very least, the coin which bears his image.

In short, Jesus’ teaching on the ‘greatest commandment,’ as well as his instruction to render unto Caesar and God what belongs to each, both communicate a singular truth: to worship God, we must give God our entire selves.  Therefore, whenever a demand is made which violates God’s will, we must choose God’s way every time. If we choose otherwise, we should recognize that we have chosen to serve someone or something other than God. We must pray for our eyes to be opened to our idolatry, and we must repent.  We must not distort our understanding of God’s character to cover for the sin.

Understanding God’s character and desires is thus essential for us to serve God. Fortunately, Jesus made this easy to grasp when he explained that it all comes down to love for God and other people. And love, he both tells and shows us, is self-sacrificial (John 15:13). So also writes Paul in his first letter to the Corinthians:

Love is patient; love is kind; love is not envious or boastful or arrogant or rude. It does not insist on its own way; it is not irritable or resentful; it does not rejoice in wrongdoing, but rejoices in the truth.  It bears all things, believes all things, hopes all things, endures all things. (13:1-7)

We have forgotten our calling to be ‘resident aliens’ and to surrender to the gospel’s liberation of our culture. We have gone native, allowing our Christian identity to be held captive by our culture. Every time we sacrifice to the state idol, we reveal whom it is we serve: a god that looks a lot more like Caesar than it does Jesus Christ.

Did you like Are You a “Resident Alien” or Have You Gone Native??
You may also like These Posts: