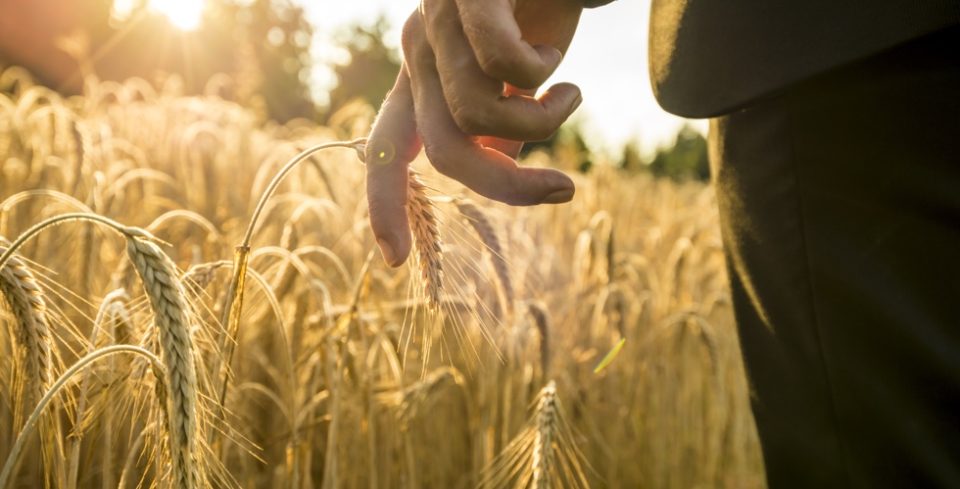 The sense of God and commerce have both been with mankind throughout history. These two characteristics of man — one spiritual, one physical — transcend all his achievements and failures. Kingdoms have risen only to fall. Governments come to take their place. Frontiers are fluid in the long term. Nations meld and then dissipate. Physical catastrophes crush men’s plans. These constructions and disasters are common to all cultures and societies, yet the sense of God and engagement in commerce continue. Why?

Loving one another is the second great commandment of Jesus. The world over, Christians consider Jesus to be their Lord and Savior: God Himself become a man. Apart from this all-encompassing spiritual relationship which is offered to us all, His teachings are consistent with and validate an eminently practical and natural way of showing love to one another (even to those who are beyond our immediate circle). Not as among those who have an emotional bond, yet nevertheless real love. How? Through objective and impersonal love — rational and universal — as manifested in the exercise of commerce throughout the world on a daily basis.

This second great commandment of Jesus is first: a reminder and summary of the Old Testament commandments given to Moses governing the relationships with men amongst one another. And second: a disclosure and encouragement by Jesus that commerce is a natural and blessed relationship between individuals everywhere. By its nature, trade is voluntary and is thereby moral as a means of supplying the needs and desires of its mutual participants. It is a way of expressing love consistent with God’s natural law: the physical laws of the universe, the principles of economics, and God’s moral law as chronicled in the biblical writings.

In trade, the participants offer one another items or services in exchange for other items or services perceived to be of equal or greater value (but of different utility to each participant). Each is sharing in what the other has to offer in a joyful and equitable exchange. Does this not seem to be the very fulfillment of the second tenet of Christian philosophy? One expressed by Jesus when He admonished us to do unto others, not what we would have them do unto us, but rather as (or in the manner that) we would have them do unto us, including having regard for the wishes of another.

Many professed Christians take the position that commerce is an unfortunate necessity of the human condition and is in no way spiritual; that it constitutes temptations tiptoeing at the edge of greed or selfish advantage over one’s neighbor. To some, even production — which makes commerce and the entire economy function — is suspect. After all, should we not give freely, even to the point of sacrifice?

To what degree one may be motivated to give is a function of his heart and ability. He can serve others directly only from the resources of his wealth and skill, and even then only his neighbors within a limited circle. In commerce, however, his impersonal transactions can benefit millions on any given day, blessing the participants to their joy by fulfilling their desires, giving on the one hand and receiving on the other in perfect balance and harmony. Is this not loving one’s neighbor?

The wider significance of Jesus’ teachings on this subject was, to my knowledge, first recognized and articulated by Spencer Heath. He refers to these two manifestations of love as personal and subjective love on one hand, and as impersonal and objective love on the other (universalized in commerce).

Some will quickly object that profit is received in commerce, as opposed to altruistic giving. I find value (or ‘profit’) in both scenarios, yet each of a different character. Is this not true for all of us? It can be argued that altruism is misunderstood, and is perhaps only a theoretical concept. No man ever does anything without the firm conviction that the action will benefit him, or at least be more beneficial or less harmful than an alternative action. Such decisions are made even if the action ultimately proves to be harmful (even to the point of death). Examples proving this fact are ubiquitous and require no further mention. We must always keep in mind that value is subjective; as such, we can never fully understand nor appreciate the motivations which another person finds profitable (tangibly or intangibly). For the Christian, the hope of eternal life in communion with God, through the sacrifice of Jesus Christ, provides no greater example of intangible profit.

But in today’s society, the idea of profit is generally misunderstood (or at least misused). We may read that a man destroyed his property by arson in expectation of ‘profiting’ from the insurance settlement. This gain is an example of theft, not genuine profit. There may be gain, but it is the result of dishonesty. Only honest gain can be considered genuine profit. To exchange honestly is a command of God.

So we have come full circle. We love our neighbor by doing good unto and for him, both spiritually and practically. Thereby, at once, we honor the laws of God and fulfill our potential. I will also note that nothing here requires either the support of or governance by any uninvolved third party (including any state), but that is another argument for another day.

Read More »
PrevPrevSinful Nature and the Question of the State’s Necessity
NextThink You Live in a Free Society?Next