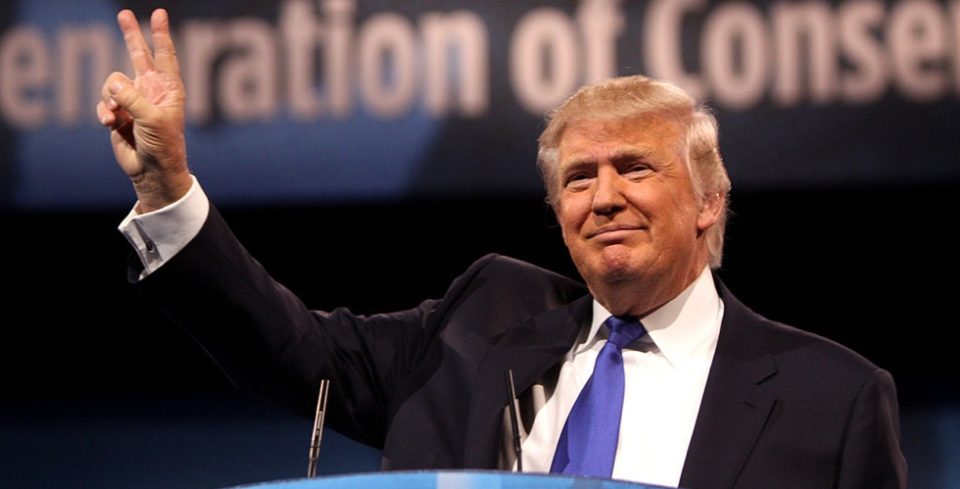 It didn’t take long. With the recent bombing of Syria on the 100th anniversary of U.S. entry into World War I, Mr. Trump has pushed us all a little bit closer to World War III. We can only speculate on exactly why he did this, though undoubtedly it means that the Progressive-neocon alliance, intent on asserting its influence at a whim throughout the globe, has succeeded in co-opting his administration in record time.

Libertarians have been sharply divided on Trump. My own take, which can be seen even as recently as my previous article, was that Trump is an anti-globalist nationalist who would be bad on many things but at least would flush out the neocons and begin to unwind the war machine. Unless Trump drastically changes course, that hope is probably gone at this point. I still believe that those who decried him as if he were the worst authoritarian of all time were very much off-base. Trump still has yet to do even remotely as much evil as his predecessors, though he has at least a good 3.5 years to surpass them. If he lets the Progressive-neocon alliance dupe him into World War III and hundreds of millions of people around the world are murdered in the ensuing chaos, then he really will go down in history as one of the worst politicians of all time. May we pray for that to not happen.

Trump probably went into the presidency basically meaning what he said: that he was a hard-line nationalist and anti-globalist. But now it seems that the darkness of holding such vast power has gotten the best of him.

It’s impossible to say for sure, but there’s a lesson here for all of us: you cannot wear the Ring of Power and expect to wield it for good. Evil will win, and you will fall. The only course of action is to throw the Ring into the fires of Mt. Doom.

All the usual propagandists, many of them who had opposed Trump the entire time, now appear to be his best friends. This is tragic, yet unsurprising. But the magnificent thing is how many people on the right are not falling for it. Ann Coulter, Laura Ingraham, Nigel Farage, and many others are fervently opposing Trump’s actions. The neocons may have won this battle, but they are slowly losing the ideological war.

Of course, certain Christian leaders — who never saw a piece of war propaganda they didn’t love — still practically fell over themselves to offer their metaphorical bloody sacrifices on the altar on Mars. This is tremendously sad in its own right, but even worse when one considers all the Christians who will be murdered by the radical Islamic terrorists that will flood into Syria as soon as the collapse of the regime leaves a political vacuum.

Yet it is truly noteworthy how different the atmosphere is now as opposed to all years prior. Yes, the tragic consensus in the American Church is still favorable to warmongering, but not nearly as much as it used to be. In fact, a surprising number of Christian leaders (especially lesser-known ministers and thinkers) are not jumping aboard the war bandwagon. Sometimes our perspective on the pulse of the Church can be skewed because of a few very loud voices, but more than 99% of Christian leaders are not the famous ones we typically hear from. And it is in this silent super-majority where the tide is really turning.

In fact, one of the most fascinating developments of the last couple of years has been how the credibility of mainstream media, academia, politics and civil religion are completely unraveling. Leaders from these groups are almost daily bemoaning the lack of trust the public has in their institutional authority. Order and institutions are often good, but only when they serve good and righteous ends. What happens when the authorities and institutions we have all been taught to trust as the guardians of truth turn out to be perpetual liars and shills? Is it any wonder they are falling apart? Why should anyone do anything other than turn their backs on them and let them collapse?

This is precisely what is happening now on a global scale. No matter how hard the old guard tries, they will not be able to stop it. The change is inevitable, and the world will be better off for it. Maybe then the Church will finally reverse the 1,700 year old Constantinian error and instead resume its true place as the shining city on a hill that Jesus commissioned us to be.

Regardless, keep being faithful to Christ and the Kingdom of God. Reject war propaganda. Reject violence. Promote love of neighbor and love of enemy. Preach the gospel, in season and out of season. Reprove, rebuke, and exhort your Christian brothers and sisters when they propagandize for the state and its war machine. Never forget that there is divine power in God’s truth. We may lose some battles, but King Jesus has already won the war against sin, Satan and death.