The Curious Case of Russell Moore 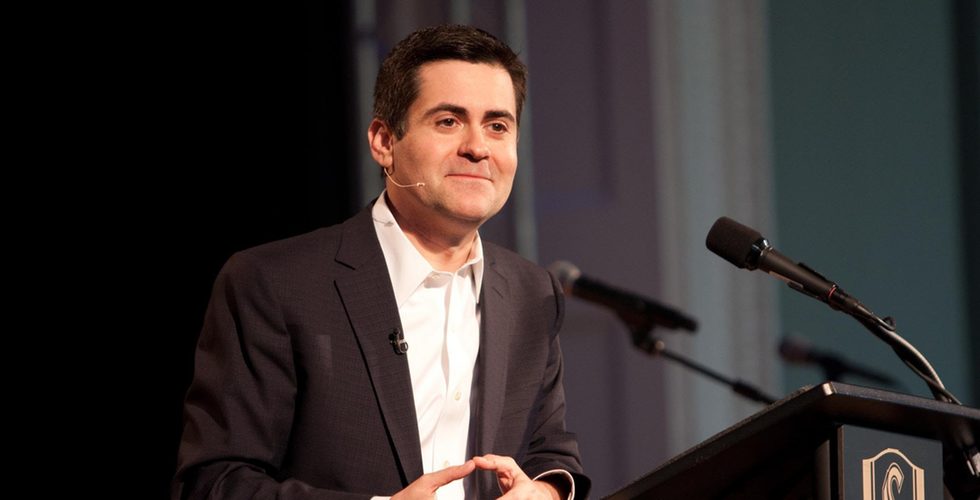 Most politically-aware Christians are probably at least somewhat-familiar with the recent controversy in the Southern Baptist Convention surrounding Russell Moore, who is presently head of the public policy arm of the denomination (and former Dean of Theology at its flagship seminary). The crux of the issue centers on the fact that Moore has been extremely critical of Donald Trump.

Many key leaders within the denomination disapprove of Moore’s criticisms, and speculation has been on whether or not he would be pushed to resign. For anyone familiar with either the biblical narrative or the general flow of Church history, the fact that powerful members of a Christian institution are reacting so vehemently against one of their fellows for critiquing the status quo drips with irony. If the Church doesn’t speak out against the ills of society, then it isn’t doing its job. Jesus could have whisked us away to Heaven once we got saved, but he left us here as trophies of his grace and builders of God’s Kingdom; that means there’s work to be done.

This is the overarching theological problem with the various facets of Christian escapism. Heaven isn’t someplace ‘out there’ that we go to get away from what’s ‘down here.’ The hope of eschatological consummation is Heaven and Earth brought together, where God and the Church dwell in joy and love forever. Our role, as God’s family and worshipers, is to demonstrate that God is already King and eventually he’s coming back to sit on the throne whether the world likes it or not, so the world had better begin living out that Kingdom now.

Countless western Christians — and especially evangelicals, a group with which I loosely identify — are obsessed with political power. The quest for power is what Augustine referred to as the lust to dominate; it is a sinful heart-sickness that inhibits Christians from carrying out their true mission. The pandering, pomp, and circumstance exhibited by Christian leaders towards political power would have generated copious disgust from the earliest Christians, and perhaps even outright excommunication. In this regard, Russell Moore’s criticisms of Donald Trump are firmly in line with ancient Christianity, while his major detractors are playing the dishonorable role of the court prophets.

Having said all that, one cannot help but think that if a different Republican had won the presidency, would Moore have been complacent? And therein is the real problem. The issue isn’t that the Southern Baptist Convention is undergoing a paradigmatic shift where vast numbers of parishioners are suddenly becoming libertarians (small “L”) and swearing off the use of political force to achieve Christian ends; the controversy is that some people simply aren’t happy with the guy that won!

And ironically — and this will cause its own share of controversy with many libertarian readers — the person they’re so upset with is turning out to be one of the least bad presidents in modern history. It’s true that Donald Trump is no libertarian, and he is likely no genuine Christian, but there’s other important things that he also isn’t.

Has Donald Trump done foolish and evil things during his short time so far as president? Yes! And he will assuredly do many more, and Christians must be there to rebuke those evils and call for repentance. But simply on the basis of what he hasn’t done and isn’t likely to do, Donald Trump is turning out to be one of the least bad presidents of the last century. That’s a highly-qualified and relative statement, but the fact remains that Trump is the first president in over fifty years to seriously challenge the Trotskyite, neoconservative-progressive-globalist party line on war, central banks, and global political centralization. Since these are the issues that drive nearly every other issue of negative public policy, one would think Christians should stop and consider if perhaps they’ve chosen to cry wolf many, many years too late (and at the wrong person).

So the real question is: where were these Christian leaders for the past 70+ years of post-World War II arms buildups, military imperialism, central bank devastation, welfare statism, and state-imposed cultural degradation? Where was the prophetic voice of opposition to the Korean War, or Vietnam War, or Gulf War, or the Baltic Wars, or the Afghanistan and Iraq Wars, or the attacks on Libya, or Syria, or Yemen, or any number of other countries that most of them have never even heard of? What about the millions of people killed? What about central banking which has systematically enslaved the world in endless debt? What about the tens of millions of families crushed by the Drug War, or left trapped in a cycle of poverty by the welfare state, while Christians show up to church every Sunday to sing Kumbaya and then go home to cheer it all on? Do you think this makes Jesus angry? If not, read through the gospels and take the quiz again; repeat until you pass.

Russell Moore is right to criticize Donald Trump when he’s wrong, and his most virulent detractors should repent of their absurd witch hunt against him. Yet a great many more Christian leaders have additional repenting to do over the fact that they failed to say anything about the decades and decades of presidents (not to mention countless other politicians) before Trump who were exponentially worse than he ever has been, or likely ever will be.

Do you want to stop narcotics abuse, radical Islamic terrorism, theft, fraud, abortion, and every other sin that plagues this world? Then throw down the sword of political power, start living out the Christ-centered Kingdom of peace, love, and mercy to which God calls you, and preach the gospel. But don’t depend on or use state power, which is the world’s method of social change and has never worked, never will work, and intrinsically cannot work. Satan doesn’t care about what means he uses to confuse and trip up Christians from really being the Church, so long as it serves his ends.