The Attempted Seduction of the Bride of Christ 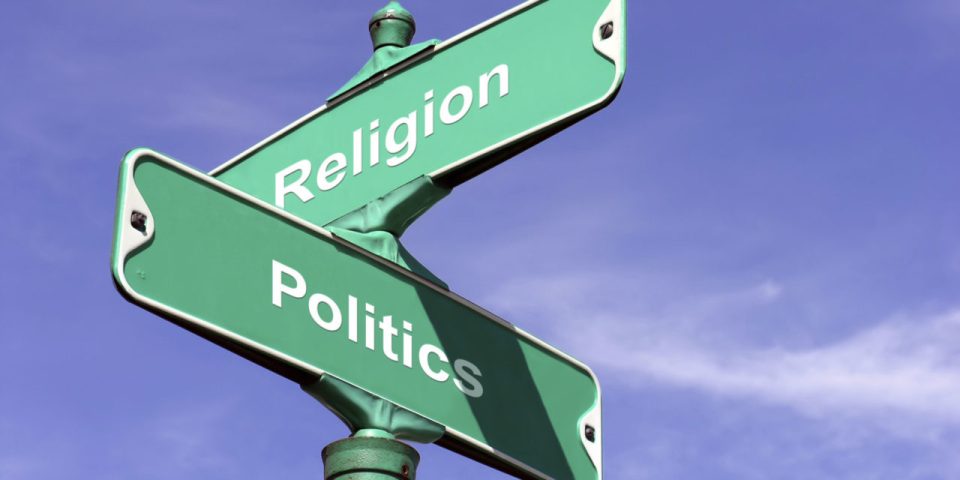 “Christianity and Politics: The Attempted Seduction of the Bride of Christ” by Christopher R. Petruzzi. Wipf and Stock Resource Publications, 2016.

“Politics,” says Christopher Petruzzi, “is the process through which some people attempt to prevail over others for control of government. Is that what Christ wants for his holy people, or is the lure of politics an attempt to bring us into Satan’s world?”

Chris is a professor at California State University in Business and Economics as well as a theologically-conservative Christian thinker. He is thus well-suited to offer an interesting economic and theological perspective on how politics has the capacity to seduce the church away from its foundations and principle mission.

Chris’s Christianity and Politics is a relatively shorter read than many liberty-themed theses, and is written in a to-the-point style that I appreciate. Christian readers less versed in liberty ideas will not find libertarian insider jargon, and it is easy to digest. Moreover, he covers many topics from just a slightly different enough angle that it can provide even those well-acquainted with liberty ideas with new ammunition and insight.

The book is divided into eleven chapters plus a preface and conclusion, covering basic areas as well as more in depth arguments on topics such as taxation, foreign policy, and Israel. For the most part, one could read Chapter 1 to glean Chris’s primary thesis (which is quoted above, assuming I understand him properly) and then perhaps skip around to particular chapters of interest. Chris sometimes refers back to previous chapters for certain points, but overall the chapters stand on their own very well.

I found Chapter 2 (“A Selective History of Christians in Politics”) particularly interesting. It is also the longest chapter of the book. In it, Chris surveys Christian involvement in politics from the New Testament through World War I. The vignettes described are, as Chris admits, selective, but it is a fair selection as well. To provide some context, let us briefly explore Chris’s enlightening sections on the Crusades, the Puritans, and the Civil War.

Chris appropriately notes the destructive pattern empire-driven Christendom wrought on the world. Despite the hostility of Muslim nations hostility at the time in various areas, such behavior is unbecoming of those who claim Christ. We ought not imitate it, and instead imitate the peace-seeking pattern of Jesus.

“The Puritans failed to follow Jesus’ instructions that we make ourselves as harmless as doves, but their sins also included idolatry and arrogance. The idolatry was the emphasis on the outward appearance of Christian behavior… Forcing unbelievers to behave as Christians can only delay their salvation by confusing both unbelievers and evangelists alike. The Bible is quite clear that God wants love, not sacrifice. I do not think forced behavior can produce love. Unfortunately, many modern Christians share the Puritan’s arrogance. It is the arrogance of assuming one’s own interpretation of ambiguous biblical passages is the uniquely correct interpretation… Lest we be guilty of the same arrogance of the Puritans, we must accept that the contrary beliefs on this and many other matters may be correct. We should treat the holders of those contrary beliefs with Christian love and accept their clear conscience in following those beliefs.”

Do Christians wish to be treated with respect? Then, Christian behavior toward unbelievers ought to be respectful and considerate. The Golden Rule applies most in situations where people disagree. There is much more that Chris says in this section, but he puts forward a compelling example of what happens when Christians do not exhibit a Christ-like behavior by using political means to compel Christian moral standards. (He further elaborates on behavioral enforcement in chapter 7.)

Chris’s discussion of the American Civil War involves particularly interesting economic argument. Analyzing the costs of the war itself and the market for slaves, he suggests that a non-violent solution could have been reached essentially with a “buy-out” purchase of freedom for every slave in America. Though the economic argument is easier to make in retrospect, I find it quite compelling. Explaining the moral and economic foolishness of the Civil War provides ever more ammunition against those who laud it as a positive incident in American history.

Abortion and sexual ethics, among other things are addressed in chapter 7, “How to Change Behavior.” Chris notes that legislation is not an effective means of changing behavior without enforcement, and enforcement requires massive infrastructure to enact the new controls successfully. More importantly, Chris says that legislation is not going to fix the abortion problem. Leading indicators, in fact, suggest the same thing:

“What can Christians do to reduce the abortion rate? We can pray and witness. We can make kind offers to expectant mothers to provide them with living arrangements, provide for their medical care, and, if they so desire, to adopt their unwanted children. Christians in the U.S. are already doing these things, and they are working. The abortion rate in the U.S. has fallen by more than 25 percent since 1983 with no new legal restrictions on abortion. To the extent that the decline in the abortion rate can be attributed to Christian efforts, then those Christians may have prevented 400,000 abortions per year.”

Chris observes that the church unfortunately is a woefully inadequate leader here, namely because of hypocritical attitudes toward divorce and even abortion itself at times.

Chapter 8 addresses “The Civil Rights of Christians” and he begins with Romans 13 and the injunction to “be in subject to the governing authorities.” Chris says that laws directly in contradiction with the Word of God ought to be disobeyed actively, but generally interprets Romans 13 as suggesting we should obey all other laws of the state. In other words, he does not really take the position that LCI takes (as explained here and here), but, at least in this work, his intended points are not dependent on an intense exegetical analysis. He additionally spends some time dealing with certain poorly framed arguments by conservative Christians regarding supposed religious freedom issues like prayer in schools and Christmas observances by the state.

Chapter 10 deals with Israel and U.S. foreign policy directed in that country. Chris overviews the history of the region, and then explains why Christians ought to be against Zionism and against unconditional support of Israel. He suggests that, similar to Civil War, a one-time economic compensation to the Palestinians for the land is likely the best way to eliminate conflict quickly.

“Some Christians have carried their strong support for Israel to the point of animosity for Muslims. Animosity can never be a part of Christian behavior. Ethnic prejudice is equally unchristian, and is beneath the standard of unbelievers in developed countries.”

Chris has more strong words to rebuke those Christians who would demonize Muslims and consider the situation in the Middle East to be one-sided, no questions asked. For those in the church who have been thoroughly ensconced in pro-Israel theology and anti-Muslim sentiment, this chapter is a well-taken remedy.

Chapter 11 considers how politics plays into end-times prophecy in the Bible. Though Chris appears to be a pre-millennial dispensationalist, he specifically speaks against “active dispensationalism,” that is, trying to push world events to resemble closely end-times prophecies (in the view of the PMD position). As someone who is not a premillennialist, I did not identify much with this chapter but I learned a few things about the position and I think the chapter will benefit the premillennialist greatly.

To conclude briefly,  I think Chris Petruzzi’s Christianity and Politics is a good addition to the corpus of Christian libertarian literature. I am particularly fond of his historical section and the various economic arguments he brings forth to support his positions. One can detect Chris’s sincere desire to give the reader an enhanced perspective on history, economics, and the way of Christ. I cannot say I agreed with everything in the book, but I am glad to have experienced and learned from his perspective.

Did you like The Attempted Seduction of the Bride of Christ?
You may also like These Posts: