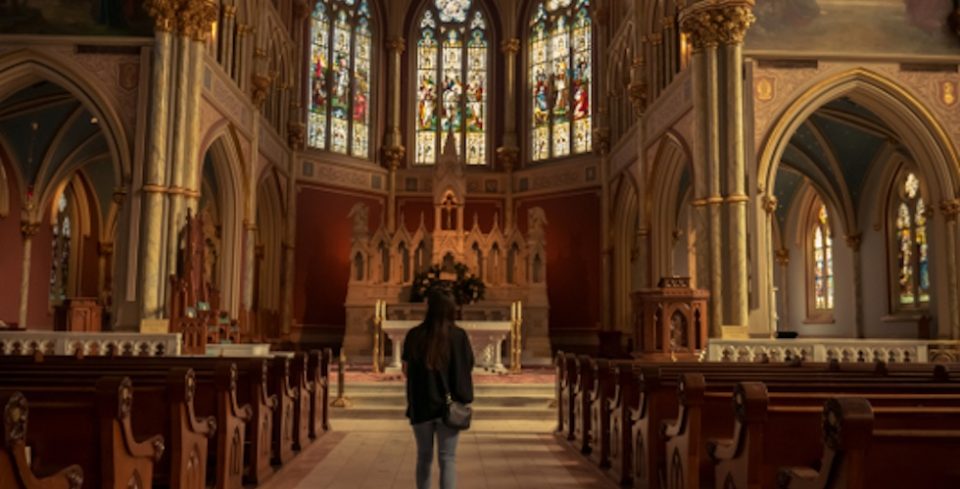 Why is it that followers of the Prince of Peace are so often the quickest to beat the drums of war? And why do so many think that “love your neighbor” somehow means rob one neighbor with taxes to pay a different neighbor? There’s something deeply wrong when Christians read the Bible to learn things like why they should be nice to their co-workers and not shoplift, but then throw it out the window when it comes to thinking about economics, voting, war, and political theory. The Church needs a dramatic makeover in the way we think about our social responsibility and public ethics.

The good thing is that the tide is turning in our favor. You can see it all around us as the liberty movement keeps growing year after year (including amongst Christians). We’ve got a long road ahead of us, but there’s light at the end of the tunnel. Murray Rothbard once said something to the effect of how reading history can give the impression that things happen quickly, but living history can feel like moving at a snail’s pace. Some future historians will probably write about our own time as an action-packed narrative of how people turned against progressivism, neoconservatism, and other statist ideologies, and once again embraced the classical liberal tradition of free markets, personal liberty, and a foreign policy of peace and non-intervention. But for those of us living in the middle of that story, it can feel pretty stagnate.

That’s because ideas change and movements happen over the long course of time. But make no mistake: history is shifting in a big way right now, and you’re a part of it. And it’s our goal here at LCI to help Christians be a more effective part of the positive trend of history by making them into better advocates for freedom.

Every era of the Church has had its unique struggles and problems. Without idealizing the ancient Christians, we should learn from their commitment to love one another, love the world at large, and make society a better place through ministry, teaching, service and prayer (rather than through the state).

Yet while the early Christians may have understood this theology better than most Christians today, we actually have a lot of advantages that they didn’t: things like the Austrian School of economics, a formal history demonstrating the pitfalls of statism, and global mass communication. Never before has the Church had more tools at our disposal to accomplish the Great Commission. But the command Jesus gave us, widely thought to be just a command to evangelize, is really much broader:

And Jesus came and said to them, “All authority in heaven and on earth has been given to me. Go therefore and make disciples of all nations, baptizing them in the name of the Father and of the Son and of the Holy Spirit, teaching them to observe all that I have commanded you. And behold, I am with you always, to the end of the age.”
Matthew 28:18-20 (ESV)

In other words, Jesus is the true King and he’s the one really in charge of history, and his command isn’t just about helping people to get saved so they can avoid the wrath of God and go to Heaven when they die (although it is that); it’s also about living out the Kingdom of God on Earth right now. Make disciples (learners) of Jesus. Teach them to live the way Jesus commands them to live. Teach them to love one another, to serve their neighbors, to renounce sin and death, and to build civilization. That’s a pretty lofty task, but like the Lord says, he is with us. Without him we’d definitely fail, but with him we can’t do anything but ultimately succeed.

LCI isn’t here just to publish a few things here and there so we can all nod along in intellectual agreement and go on our merry way. If that’s all we’re about, then frankly, who cares? But no, we have bigger aspirations. We want to help change the way contemporary Christians think about political philosophy: not as an end in itself, but so that we can see the day that Christians are the world’s leading advocates for free markets, personal liberty, and peace.

We’re now at the end of a truly remarkable year in world affairs, and I wouldn’t expect things to slow down anytime soon. In fact, I expect that we’ll see even bigger developments in 2017, and LCI intends to be there throughout, helping Christians to think and act politically in a way that matches the faith we profess. That means books, articles, podcasting, research, events, and more. But here’s a fact: the best plan in the world is meaningless if the resources aren’t there to make it happen.

You are the backbone of this organization. LCI doesn’t get funding from governments, and we don’t get funding from the bulk of the Church; after all, most Christians still oppose a consistent philosophy of liberty, and that’s why LCI exists in the first place. This organization has been carried by a small, devoted group of everyday people. And the Lord delights to use such things to accomplish his will, so that the glory goes to God and not to man.

We need you to stand with us. We need your prayers, your time, and yes –- just as importantly –- your financial contributions. If God wills LCI to succeed and become all that we know it can be, then we certainly will succeed, but the means God generally uses to do that are his people. So please, make an end of year, tax-deductible contribution to LCI to help us get 2017 off on the right foot. You can also use PayPal to easily set up a recurring contribution, because we don’t just need your support now: as we grow, we will continue to need it even more on a regular basis.

As a Christian, you play an integral role in God’s story of history. And as a libertarian Christian, you have a unique opportunity to play out that role in a really amazing way. So please, help us to help you — and Christians all over the world — to play their role in history well, and stand with LCI today.