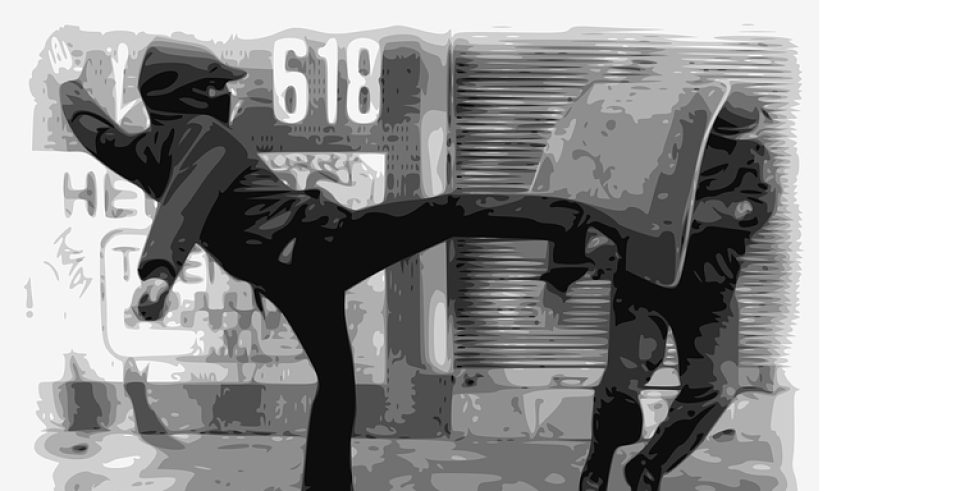 Reuters is reporting on supposed ‘anarchist groups’ planning to interfere with Donald Trump’s inauguration ceremony on January 20th. This falls in line with the popularly-accepted (and completely wrong) definition of anarchism as orderless, violent chaos. To the typical westerner, an ‘anarchist’ is the kind of person who incites riots, breaks windows, attacks police, and is an all-around violent troublemaker who doesn’t respect any rules, boundaries, or private property. But such people are not anarchists at all; they are anti-capitalist left-wing radicals who just call themselves anarchists.

Anarcho-capitalism is sometimes labeled as ‘right-wing anarchy,’ but this is a mischaracterization. Someone may have socially-libertine cultural views, or they may have socially-conservative/traditional cultural views, but so long as they don’t seek to use force to make other people behave in their preferred fashion, their political philosophy can’t be labeled either left-wing or right-wing. There is really no such thing as left-wing anarchy or right-wing anarchy. Rioters, violent protesters and other such rabblerousers are phony anarchists.

Anarchy literally means ‘without a ruler,’ as in the absence of the state. It doesn’t mean violence, chaos, disorder, or a lack of standards. A principled anarchist doesn’t use aggression to get what he wants, because if he does so he is setting himself up as the same kind of ruler he opposes. An anarchist respects liberty, order, property, and the rights of free enterprise. The point is precisely that human society and the free market create order without central planning. State intervention is intrinsically a distortion of this order, and is therefore both anti-capitalist and anti-order.

People who go around destroying private property, inflicting violence, and interfering in other peoples’ peaceful activity are the exact oppose of anarchists; they are would-be politicians. Statist politicians (and the voters who contract them) are those who assume for themselves the right to force other people to conform to their will. By definition, anarchy entails the absence of such people in positions of arbitrary power. Anarchy entails a societal structure where individuals, groups, families, churches, businesses, trade organizations, social clubs and others are able to go about their lives in whatever way they see fit, so long as they don’t initiate aggression against anyone else. And for those who do initiate aggression, solutions for dealing with that behavior will be devised by entrepreneurs (as well as by voluntary social groups and associations, like churches).

A libertarian Christian concept of anarchy (and specifically anarcho-capitalism) takes these facts a step further by placing them within the context of the ethical-theological: man actually does have one rightful ruler (God), and the way in which God exercises his rule in the world is through delegated natural social and market institutions: family, church, business, etc. The state, which is neither a natural social institution nor a market creation, is a sinful aberration which distorts God’s blueprint for the world by usurping his role and forcefully manipulating society and market. Anarcho-capitalism is part of God’s blueprint for an orderly and prosperous society absent this sinful aberration.

When violent rioters stir up chaos, they are acting as polyarchists. They want to make up their own rules and push them on others. They want to force other people to bend to their will. As such, they are simply wannabe politicians. They are rebels without applause.

On how the state distorts order and weakens society’s natural institutions such as family, church and businesses, see Robert Nisbet’s The Quest for Community (1953). An alternate name for the same book is Community and Power.

On how the state is the principal engine of de-civilization, and how society naturally orders itself in the state’s absence, see Hans Hoppe’s Democracy: the God that Failed (2001).

On how the free market can provide security better than the state, see Hans Hoppe’s The Private Production of Defense (1998). For a complimentary analysis, see Robert Murphy’s Chaos Theory (2002).

On a sweeping general analysis of how a stateless society is fully-capitalist and embraces order rather than eschews it, see Murray Rothbard’s For a New Liberty (1973).