Libertarianism and the Power of the Gospel 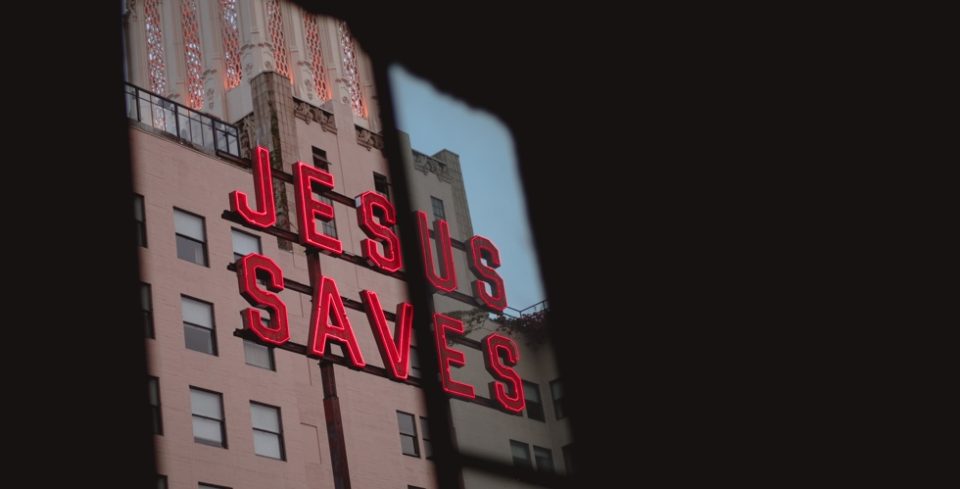 Christians throughout the centuries have always communicated the good news of the Kingdom of God in the vernacular of their surrounding culture. They have engaged those around them by making use of their culture’s shared experiences so that the gospel is heard in a way they will understand. To be effective means to infiltrate and influence society so that God’s will is done on earth as it is in heaven. Those who communicate the gospel effectively are agents of change in the world. One of the challenges for Christians is to avoid letting a culture’s influence dilute the message of the Kingdom of God so as to become ineffective or irrelevant.

The constantly evolving nature of cultures and the inescapable reality of a global pluralist society have become major challenges to the Church in the West, and to Protestantism in particular. The past century has witnessed an unprecedented rate in the change of cultural motifs and the increasing accessibility to these diverse cultures from the foreigner. In centuries past only the wealthy could explore the far regions of the world. Today even the poor can spend a few hours on the Internet to glimpse a foreign cultural experience.

To meet the challenges of a changing global community, a new generation of Christians are diverging from the standard political, social, and theological views they inherited. Although this movement involves the global Christian Church, my experience has been largely within the evangelical community, a relatively recent phenomenon within Christianity’s twenty-century lifespan. Cultural shifts are always a mixed bag, but it is prudent to notice the promise such shifts provide as well as the challenges.

It is promising is that younger evangelicals are less eager to hastily form opinions and embrace dogmas. They intuitively recognize the inherently divisive nature of asserting one’s opinion as though it were absolute authority. They seek truth in humility. As wise participants in the ongoing struggle of ideas, they recognize that for Christians to make strongly dogmatic assertions means to risk devolving into irrelevance in a world working out its own meaning. Along with their sparring partners, they recognize dialogue as the best move forward with the fewest personal bruises or injured bystanders. A pluralist world expects a respectful posture toward disagreeing ideologies and world views. This does not mean jettisoning all truth claims, but appropriately disposing of the arrogance that often accompanies those who are certain and intractable.

The challenge for younger evangelicals is not to repeat the mistakes of movements past by dismissing the value of established traditions and forming a new Christianity that is no Christianity at all. Christ-centered ethics, a cruciform hermeneutic, and a prophetic critique of empire must be a vital characteristic of our Christian faith. Without Christ at the center of ethics, “biblical morality” is meaningless and merely one of myriad ethical options. If a crucified Messiah is not the center of hermeneutics, the Bible becomes a mere object to understand rather than a life-giving text that leads us to aliveness and spiritual awakening. And without Jesus Christ, the Church’s ability to speak truth to power becomes impotent, for Christ demonstrated a new way of power by subverting the empires of this world.

In the religious sphere, the Church is talking about the mission and message of Jesus in new ways. Phrases such as “personal savior” or “friendship evangelism” are out of vogue. Terms like “missional” or “incarnational” are the new trend. Hardly any theologian or preacher would deny that individuals must repent of their personal sins, but the attention has turned to the sins of collective violence and social injustice. It is no longer distinctively Christian to preach and uphold personal moral values. To be a light in a world of darkness means Christians must think beyond simply keeping a moral code. Even the most devout atheist can be a moral and ethical bearer of light. Light-bearing in a postmodern world now means that Christians must seriously consider what it means to “love God and neighbor.” Brian Zahnd reminds us that it is easy to believe in Jesus, but it is immensely difficult to believe in the way of Jesus. After all, “the narrow way that leads to life” is not about asking Jesus into our hearts, but the difficult task to love our neighbor as we love ourselves.

In politics the United States is witnessing many younger evangelicals becoming significantly less enthusiastic about the limited and contrived choices. Whether it be the two-party system in national elections or the unnoticeable difference when a different party assumes majority, the future looks bleak if our choices do not become more diverse. Gone are the hopeful days of assuming My Candidate is pure good and Your Candidate is pure evil. Gone are the expectations that My Candidate will outlaw abortion, obliterate the terrorists, and deport all immigrants to their homeland in time to watch it on the evening news tomorrow at dinner! The new reality is that most have realized that My Candidate is just as evil as Your Candidate.

The Church’s attention to the social implications of the Kingdom of God and America’s increasing dissatisfaction with the current set of choices in politics offers libertarian Christians a unique opportunity. In some ways I believe it is critical that we do so. Libertarians inherent a political philosophy that speaks truth to power, a major asset to engaging the culture as Christians. Libertarians offer a long-forgotten alternative to politics as we know it. The current set of options is too narrow, and I hesitate to even frame it as a “Left vs. Right” dichotomy. Many have proffered the seemingly wiser “third option” in politics, but often they are in reality peddling reinvented Marxist or theonomist proposals with clever sloganeering. The world has had its share of Marxist disasters, and an Old Testament theocracy didn’t even work for those who literally witnessed the mighty acts of YHWH. To be relevant and address the growing focus and attention of politics and Christianity, a proposal for a new kind of Christian libertarianism cannot be dressed in the garb of conservativism, progressivism, or consumerism.

To outline a proposal with such high aspirations is far beyond the scope of this article. My goals are much more modest than that. I hope to open a conversation about the compatibility of a theology whose inclinations are more “social” in nature with a political philosophy whose concerns are highly individualistic. Libertarians will want to know what happens to liberty when coupled with a theology that is not dedicated to individualism. Progressive Christians shudder at the very thought of individual liberty dominating a discussion on social justice. Both sides have every good reason to be wary of the “language house” of the other. Words quickly lose meaning when they become hijacked by the peddlers of win-lose agendas. It is unfortunate that Newspeak is not a dead language!

Anabaptist theologian John Howard Yoder seems to understand both the pitfalls of idolizing the individual and the dangers of collectivism. In his book, The Priestly Kingdom, he captures these sentiments well:

“Communities which are genuinely voluntary can affirm individual dignity… without enshrining individualism. They can likewise realize community without authorizing lordship or establishment.”

There are many texts in the Bible that demonstrate the necessity of a social dimension to Christian faith and salvation while remaining committed to libertarian individualism. For Christian libertarians to be a life-giving community for the good of the world, we will need to communicate and demonstrate why individual liberty improves the common good.