Were the American revolutionaries wrong to revolt? 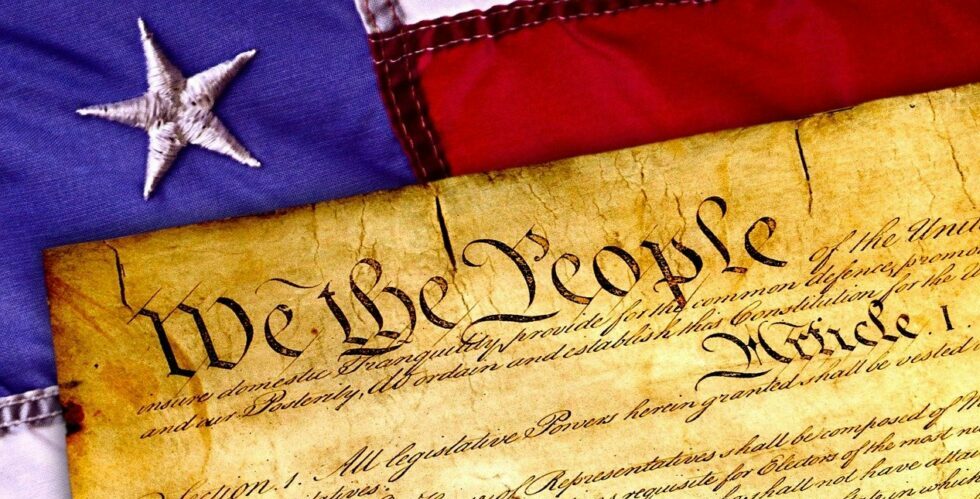 According to a public policy theology popular among modern Evangelicals, the American Founders sinned greatly by rebelling against their earthly sovereign King George III. Why? Let’s consider a few of the “sins” committed by the American Founders and their associates. On June 9, 1772, the British revenue cutter Gaspee ran aground near Providence, Rhode Island. The hated and feared anti-smuggler Lt. Dudingston was put ashore along with his crew, and on the next morning the Gaspee was burned by a group of patriots led by Abraham Whipple. Rhode Island chief justice Stephen Hopkins refused to bring the men to justice. Even though the Crown offered a reward for the names of the culprits, no one would turn in Whipple and his men. There was overwhelming public (and Christian) support for the revolutionary action.

Similarly, on October 12, 2000 the USS Cole was bombed by several Arabs who thought that they were fighting for the right cause, killing seventeen American servicemen. But should the Arab insurgents be deemed criminals or patriots for their cause? Our tendency is to justify the American insurgents and condemn the Arabian ones, although in the abstract there is not that much difference between the actions of the two bands. Would our view change if the USS Cole had been attacked by Christians in New Zealand instead? The usual American response is that anyone who attacks American interests is wrong. What about the Christian response—irrespective of nationality or politics? For whatever reason, it seems that there is an underlying (moot) assumption that what is against America must also be against Christianity. Indeed, it seems that American Christians in 2005 have a more confused public policy theology than their predecessors did some 230 years earlier.

By January 1773, dozens of “Committees of Correspondence”—political communication conduits that spread news that fostered the revolutionary movement—had been formed in Massachusetts and other places, including Virginia and the Carolinas. These groups actively utilized lively political meetings and printed materials to incite a spirit of rebellion against the king. British governors viewed their actions as treason. But were these colonial Englishmen really criminals and rebellious sinners against the king and God, or were they courageous and righteous believers defending themselves against a tyrant and thus glorifying God in the process? If Christians have the means and power to rebel against evil, then why shouldn’t they do so—to the glory of God? On December 16, 1773, the British ships Dartmouth, Eleanor, and Beaver (laden with tea belonging to the East India Tea Company) were anchored in Boston harbor. They were boarded by about 150 patriots (a.k.a. rebels) disguised as Mohawk Indians. Recalcitrant local merchants were unwilling to accept the cargo since they did not want to pay the import duty imposed on the tea. Congregationalist Christian John Hancock, Boston’s richest resident, reportedly led the raiding party that emptied 342 chests of tax-tainted tea (worth 18,000 pounds sterling) into the sea. The raiders did not destroy any other property on the ships. Were these British subjects—mainly Christian men who knew what the Bible said about submission to the king—sinning by committing crimes of destroying private property and disobeying the civil authority? If a Boston Tea Party was justifiable Christian action in 1773, why would it not be today?

On September 5, 1774, the first Continental Congress was firmly established, being comprised largely of professing Christians. Since the assembly had no basis in English law, and could have been held as illegal by the king, its very existence was an act of revolution. May a Christian in good conscience be part of a movement that is considered “revolutionary” and “treasonous” by the civil authority? On December 14, 1774, Continental Congressman and attorney John Sullivan led the first military action by 400 Colonial Minutemen against the British in Portsmouth. Without casualties, they captured Fort William and Mary, seizing the military hardware that the militia would use in future military actions.

In January 1775, King George III made clear that he considered such activities rebellious: “The new England governments are in a state of rebellion. Blows must decide whether they are to be subject to this country or independent.” Parliament responded by ordering troops against the largely Christian residents of Massachusetts. Later, on August 23, 1775, the king issued “A Proclamation for Suppressing Rebellion and Sedition” whereby he accused the colonists of proceeding “to open and avowed rebellion, by arraying themselves in a hostile manner, to withstand the execution of the law, and traitorously preparing, ordering and levying war against us.” Do Christians have a right to defend themselves against a king that the Sovereign Lord has placed over them? What about Christians rising up with arms against George W. Bush and his cronies? Is there a difference? Does the existence of democratic processes debilitate just revolt?

On April 19, 1775, Christians fought against the British in church courtyards in Lexington, and on the road to Concord, Massachusetts. In this overt rebellion against civil authority, 49 (mostly Christian) patriots were killed and another 46 were wounded or missing, while 73 British troops were killed and another 200 were wounded or missing. On June 17, 1775, the Battle of Bunker Hill took place. British forces attacked Patriots on Breed’s Hill overlooking the sea approach to Boston Harbor. Nearly half of the British troops (1,054 of 2,400) were killed or wounded. American Colonel William Prescott told his troops: “Don’t fire till you see the whites of their eyes!” Is it proper for Christians to take aggressive action against legitimate civil authority? What would we think of a group of Christians led by a modern day Prescott pointing at a group of ATF agents about to assail them? Does anyone remember the government-led massacres in Ruby Ridge, Idaho in 1992 and in Waco, Texas in 1993? May Christians fight back against the oppressive state? Is martyrdom the only righteous option in the face of state cruelty?

On September 22, 1776, a few months after America declared independence—and despite not being recognized by Britain as an independent nation—Capt. Nathan Hale said “I only regret that I have but one life to lose for my country.” At the age of 21, he was about to be executed by the British for espionage. Hale was a devout Christian in the Puritan tradition. The king considered him a rebel regardless of whether or not Hale considered his allegiance changed on account of the Declaration of Independence. Did that Declaration free Hale and other Christians from their duty to obey the previous civil authority? Even though that authority did not recognize the new nation’s independence? Who should a Christian obey when two sovereigns are vying for recognition over him as citizen? These questions may be difficult to answer but serious Christians must strive to do so. Revolution is never legal.

If Christians really want to change the world they will probably have to break the law at some point. Those who want to be patriots and hope to promote liberty within the political process are living in a fantasy world. States do not yield power voluntarily. Citizens must take rulers to Runnymede in order to have any hope of securing greater liberty. The American Founders realized this truth and pursued it with unflinching vigor. We enjoy the benefits of their labors and sacrifices. Let’s be bold in likewise defending those liberties just as our valiant forefathers did, putting aside the torpid Tory mindset that would torpedo our freedoms.

Originally published in The Times Examiner on April 6, 2005.

PrevPrevShould the Founders have submitted to government more?
Next“Not a Fan” Book ReviewNext