This article is #13 of a weekly series highlighting the former memes of Bureaucrash, an organization once headed by my friends Pete Eyre and Jason Talley of the Motorhome Diaries. The memes were originally authored by Pete Eyre and Anja Hartleb-Parson, and were intended as means of communicating ideas about liberty in catchy and succinct ways.

When confronted with a problem most people today turn to the government—but in reality, it’s often the government that created the problem and its continued involvement only exacerbates the problem. Politics distorts free market signals, quashes rights, and, quite bluntly, kills individuals.

Why we believe politics hurt:

Politics is force. The violation of an individual’s rights, whether the aggressor be a mugger in an alley or a politician in a comfy office, is simply that: a violation of their rights. Some contend that because a group of people express their preference for one candidate to rule them that the politician is exonerated. But, to take a page from Pierre-Joseph Proudhon, to be governed is to be regulated, indoctrinated and commanded by beings who have neither knowledge nor virtue. To paraphrase Benjamin Tucker, he who attempts to control another is an aggressor and the nature of such aggression is not changed, whether it is made by one man upon another man (i.e. an ordinary criminal), or by all other men upon one man (i.e. via an elected official).

Politics centralizes state power. It only confers more power on the state. As more and more people look to the state as the instrument to enact their agendas, centralized state power allows for more successful rent-seeking. As expressed by Public Choice scholars, when the scope of the state is large, companies find it easier and more beneficial to lobby Congress than to compete in the market. It’s a classic case of concentrated benefits and dispersed costs. A small group, like farmers, will put enormous resources into lobbying the government for a handout, subsidy, or protective tariff, while the individuals bearing the costs—that is, hundreds of millions of consumers now paying more for each gallon of milk or pound of meat—don’t find it worth their time to organize and push for a repeal of such handouts. As Voltaire astutely noted, “[t]he art of government consists in taking as much money as possible from one party of the citizens to give to the other.”

Politics is a zero-sum game. Government does not create wealth; it only steals it from those who create it and then distributes it to those who lobby the government (after keeping some for themselves). Conversely, the free market—the sum of voluntary interactions between consenting individuals—creates wealth and protects rights. Politics is a fixed pie whereas the free market is an ever-growing pie. A free society cannot be organized or centrally planned by one person or group of people, no matter how well-intentioned or smart they may happen to be. Just as it’s impossible for a politician, committee, or agency to have the tacit knowledge of subjective value present in a free market, so too is it impossible for them to act without violating the rights of individuals.

Politics illegitimately grants others “authority.” There is no such thing as a “social contract”. For a contract to be legitimate, it must be knowingly and freely signed by all parties. Have you signed a contract stating that each particular politician who claims authority over you does in fact have the right to pass legislation that impacts your freedoms? I sure as hell know I didn’t. In the U.S., some have stated that the Constitution is the fountainhead of legitimacy for political actors. But, like any contract, that document only binds those who signed it (39 men). Only those men are beholden to the act of signing—not others alive at the time, nor their descendants, and certainly neither you nor I, over 200 years later. According to Lysander Spooner: “To call such a contract a ‘Constitution’ does not at all lessen its criminality, or add to its validity….Legitimate government can be formed only by the voluntary association of all who contribute to its support.”

Politics hinders the workings of civil society. We all want people to have enough to eat, to have shelter, and to be educated. But far too often people look to the government as the sole provider to ensure this happens. The massive scope of the state has overshadowed the role of organizations in civil society that help those struggling get a leg up. You may already give some of the money you earn to such charities to help remedy these problems. Wouldn’t you give more if you weren’t taxed so heavily? Starkly differentiated from the incentives present in politics, these organizations seeking your contributions will work to be as transparent and effective as possible since they’re competing with other organizations for your dollars. Already, we see charities note that they only spend a fraction of the money they raise on administrative costs as evidence that your donation helps those it was intended to. This is not true with social welfare programs administered through the political process. It’s not so much that politicians and the programs they oversee are evil (though some no doubt are), but that they’re insulated from the incentives present in the market—incentives that truly help to lift people out of poverty. 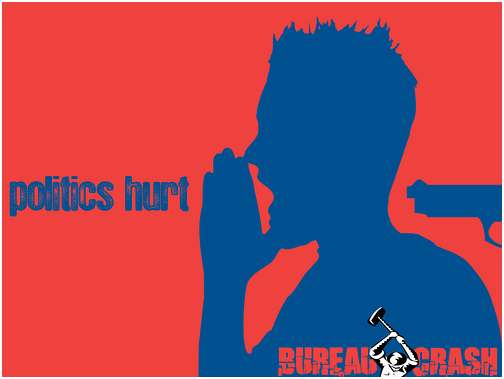 Read More »
PrevPrevAnarchy and Christianity
NextPodcast: The Unholy Desire of Christians to Legitimize Killing in WarNext