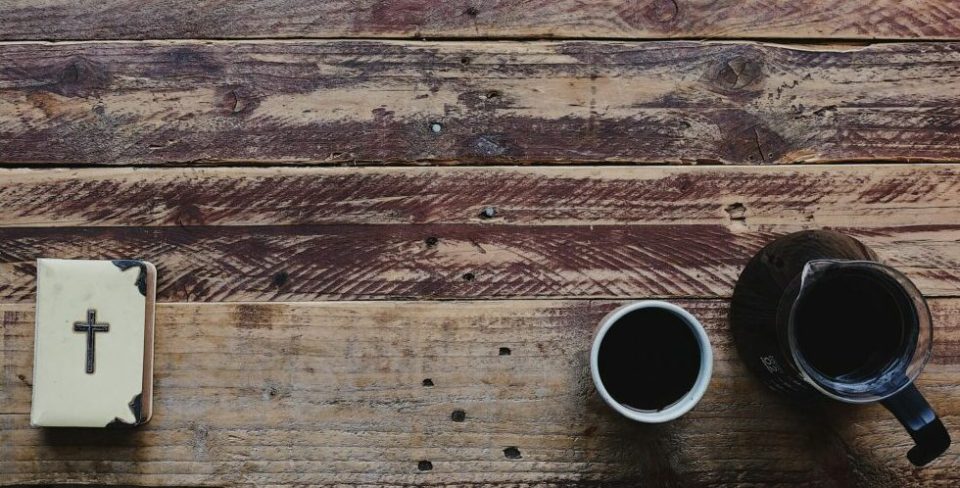 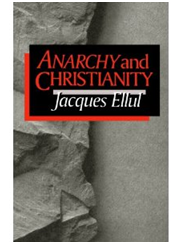 Jacques Ellul (1912-1994) was a French sociologist, philosopher, and theologian, but his main profession was teaching law at the University of Bordeaux. He held strong views about the nature of government as antithetical to Christian faith, and is counted among the 20th century Christian anarchists.

Anarchy and Christianity is a short work presenting the essentials of Ellul’s political philosophy with respect to Scripture. It reads in a scholarly manner, especially with his references to historical and textual criticism and the assumption that the reader knows something about Marxian class theory, historical theological traditions, and even a bit of Greek. One must be prepared to encounter someone distant from the American evangelical theology that we are so familiar with. I’d be hard-pressed to say he is a “theological liberal,” but he is different. Despite the qualms I have with certain elements of Ellul’s thought, I found the book to be a very enjoyable read and it enlivened Scriptures that I had not paid due attention in the past. Since it isn’t that long, I think anyone can gain a lot from reading this book.

The book contains three main parts, plus an appendix for further thoughts. First, Ellul includes a personal introduction to demonstrate why the political question of anarchy is still important to the church today. He begins: “The question I am posing is the more difficult because fixed opinions have long since been reached on both sides and have never been subjected to the least examination.” If anything, the question is not settled (not even with him). He reveals some of his personal history, including his time participating in Marxist movements before converting to Christianity. Even though he admired Marx, he was also very familiar with Proudhon (“Liberty is the mother, not the daughter, of order.”) and therefore never really considered himself a strict Marxist/communist even while sympathetic to the ideas.

Part 1 is entitled “Anarchy from a Christian Standpoint” and outlines what anarchy actually is, describes why he considers himself and anarchist, and answers some anarchist objections to Christianity. To Ellul, the essential element of anarchy is not the caricature of a bomb-throwing revolter but a rejection of violence and aggression as a means of accomplishing political goals. “No matter what the motivation, however, I am against violence and aggression. I am against it on two levels. The first is simply tactical… My second reason is obviously a Christian one. Biblically, love is the way, not violence.” Ellul then addresses the charge of non-Christian anarchists that Christianity itself is antithetical to freedom, even going so far as to address briefly the “problem of evil.”

I love this paragraph where he defends the position that God is the great liberator:

The subject of Part 2 is “The Bible as the Source of Anarchy,” where Ellul shows via what he calls a “naïve reading” of the Bible that typical interpretations of pro-state Christians are wrongheaded. He surveys both the Old and New Testaments, answering a variety of questions that seemingly pro-state Scriptures bring to the forefront. Without giving too much away, he addresses 1 Samuel, the Prophets, the teachings of Jesus, Paul, Peter, and Revelation. Some of his interpretations are what I expected, others are quite surprising. I will leave it to you to discover and enjoy.

In summary, Ellul’s work is quality material for the Christian libertarian. His chief flaw – and this flaw is certainly not trivial from my point of view – is a lack of understanding about the free market as the great vehicle of practicing freedom. I think it very likely that he is caricaturing corporatism as capitalism, but nevertheless a steadier free market principle would help bolster his ideas to contemporary libertarians of all backgrounds. But most importantly, he gives a thought-provoking case that the State is, from any point of view, the enemy of freedom and of God.

Please consider buying Anarchy and Christianity at Amazon.com and LCC will then get a small kick-back from the sale. Remember, LCC receives a small percentage of any shopping you do at Amazon when you go through an LCC link. Help keep LCC growing and growing; your support is much appreciated!