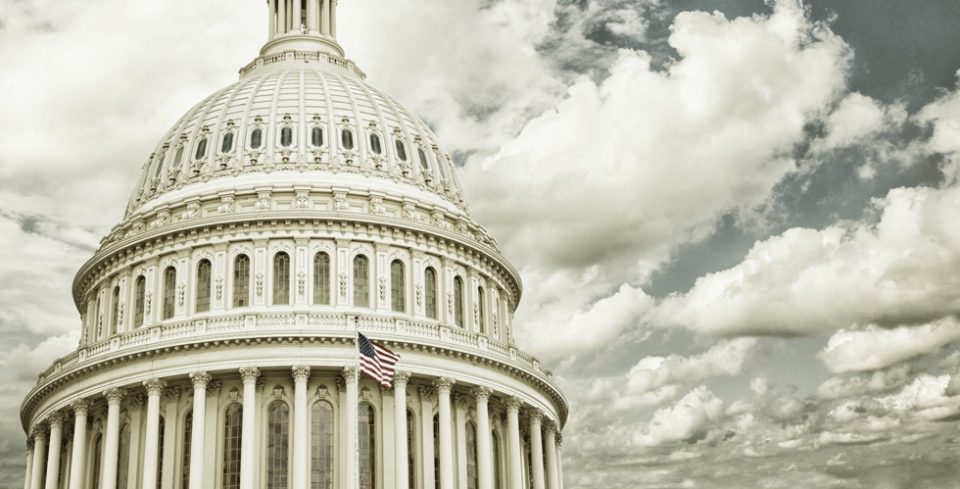 The Reformed theological tradition historically holds to an interpretation of Romans 13 that, in its basic outline, is compatible with libertarian anarchism, or ‘stateless civil governance.’ Not all libertarian Christians are anarchists or confessional Reformed Protestants (Calvinists), of course. But this little known perspective on the passage may be helpful for all libertarian Christians. After addressing four preliminary issues, I’ll summarize a libertarian view of civil governance compatible with the interpretation, and then present that interpretation in its key points. See here for relevant references and additional resources.

First, this view is not about the Libertarian Party and it’s not about any particular political candidate. Rather, what I’m about to outline is a political philosophy or a view of civil governance that’s based on a particular view of what persons are, what property is, inherent rights, and specifically, the legitimate use of coercion.

Second, concerning the legitimate use of coercion: the initiation or ‘first use’ of coercion (sometimes we restrict the word ‘aggression’ to this meaning) against others or their property, for example: murder, rape, assault, theft, fraud, the credible threatening of these things; none of these things are ever legitimate. The initiation of coercion is always illegitimate, and the only legitimate use of coercion is in proportional response to prior initiation of coercion. Coercion is only legitimately used responsively. This principle or norm of ‘non-initiation of coercion’ is a universal God-given norm, and it’s seen in the sixth and eighth commandments: do not murder, do not steal, as well as in the Bible’s affirmation of the law of proportionate retribution (lex talionis). Interestingly, Proverbs 3:30 also has some implications for this. “Do not contend with a man for no reason, when he has done you no harm.” This proverb has a legal nuance that means do not bring the law (also understood as force or coercion) against someone who has not aggressed against you.

Third, we must distinguish between what is sometimes called ‘vice’ (or things that are imprudent or sinful), and what is ‘crime.’ The realm of morality, which centers in loving your neighbor, this is distinct from what justice is, which has to do with what is ‘due’ to others. In civil matters, failing to give someone what is due to them is always unloving, but not necessarily vice versa. For example, lying and coveting are sinful, violations of the norm of love and morality, but they are not necessarily criminal offenses. They are not initiations of coercion against others or their property. This distinction between vice and crime helps us understand what is a matter of civil governance and the legitimate use of coercion, and what is not.

What is meant by stateless civil governance?

However, a state is a territorial monopoly on coercion. A state’s monopoly is a claim to certain exclusive prerogative or forcible control over a territory that it does not actually own. Such a monopoly involves the initiation of coercion against people and their property, and so, the state is inherently unjust. Moreover, states, because they have a monopoly on coercion, are in principle (and always increasingly tending in practice) totalitarian. A coercive monopoly means in principle the state is not limited. In contrast, stateless civil governance takes the idea of limited government to its consistent conclusion; that is, non-monopoly.

The following historic Reformed view of Romans 13 (which might be called the “political resistance” view) is clearly represented in Samuel Rutherford’s Lex Rex (1644). Charles Hodge in his commentary on Romans (1835) —while he didn’t follow through with it consistently— also reflects this view in at least two statements. Hodge says: “Paul, in this passage, is speaking of the legitimate design of government, not the abuse of power by wicked men.” In other words, Paul is not telling us that we need to submit to tyrants or to any unjust laws. Paul is not talking about de facto rulers, those that are in fact claiming power presently. He’s not talking about God’s ‘providential’ ordination, or institution of government, but rather, of the prescriptive or legitimate design of governance.

Hodge also comments: “No command to do anything morally wrong can be binding, nor can any which transcends the rightful authority of the power whence it emanates.” In other words, it’s not only the command to sin that we don’t have to obey when it’s issued by any would-be authority, but further, we don’t have to obey anything coming from would-be civil authorities beyond the requirements to act justly and submit to justice, because that’s the limit on their God-ordained authority.

This view is also reflected in the Westminster Confession (1646) where it talks about various authorities being limited in scope and to “things lawful.” And all the Reformation confessions have similar language.

Whatever terms the translations use, “the powers that be” or the “existing” or “governing authorities” in verse 1, to which we must submit, this doesn’t mean the de-facto powers who claim authority. Rather, the meaning here is only those whom God authorizes, ordains, or institutes (whatever word is being used) are actual legitimate authorities. That’s the meaning.

In Scripture, the word ‘ordain’ can sometimes mean God’s providence; that is, whatever takes place in history, whatever actually occurs by God’s determination. But that same word, ordain, is also used for His ‘moral authorization,’ prescription, or requirement. So how do we decide how it’s being used here? The immediate context of the passage shows us that it is about God’s authorization, because the text goes on to specify in verses 3 & 4 that God only authorizes or ordains the use of the sword (coercion) to administer actual civil justice. So in one translation, it says “not a terror to good conduct, but to bad… approving of the good… God’s servant or minister for your good, a sword-bearing avenger who carries out God’s wrath on the wrongdoer.” In other words, God ordains the punishment of violations of, and the commendation of, civil justice.

To answer a possible objection: when the passage in verses 6 & 7 says: “For this reason you must also pay tribute (or taxes) for they are God’s ministers attending continually upon this very thing” (that is, the administration of justice),”render, therefore, to all their dues. Taxes to whom taxes are due…” and so on, you’ll notice that this passage does not say, and no Scripture actually ever says, that anyone in fact owes a tax. Rather, it says if you owe, then pay what you owe. For example, if we choose to use a toll road, then we would owe the toll.

Here’s how this basic interpretation put forward by Samuel Rutherford, and other theologians, really comes to light and makes sense in the context of the whole epistle:

The previous exhortations (in the preceding chapters in Romans) to not conform to the world, to discern and hold fast to what is good, to abhor evil, to avoid vengeance, to live at peace —you could readily conclude, or you can imagine someone might think, “hey, the government is contrary to these things; it’s contrary to God’s revealed moral will, it conforms to the sinful world, they’re doing what’s evil, they’re being vengeful, they’re not supporting peace, etc, etc… and so we should resist all government.”

Moreover, Paul knew the Old Testament and the teaching of Jesus. Hosea 8:4 says: “They made kings, but not through Me.” That is, not all so-called rulers were according to God’s ordination. And in Mark 10:42, Jesus refers to those who are ‘considered’ to be rulers of the Gentiles. This word ‘considered’ is significant because it means ‘assumed to be, but not actually’ authorities. Paul also lived in the real world and certainly took as granted that some in positions of power, and some forms of power, are obviously evil and illegitimate.

So in light of all this, in Romans 13, Paul sets out to clarify that despite the evil of the empire and the state, God nevertheless has established a legitimate role for civil governance (administration of civil justice), and that our submission to the sort of civil governance that God prescribes or ordains is also in accordance with His moral will.

There are other passages that help clarify this understanding of Romans 13; for example, 1 Corinthians 6. We see that Paul cannot have been referring to the Roman Empire in Romans 13, when he says to the church in Corinth: “When one of you has a grievance against another does he dare go to the law before the unrighteous instead of the saints? Or do you not know that the saints will judge the world, and if the world is to be judged by you, are you incompetent to try trivial cases? Do you not know that you’re going to judge angels? How much more than matters pertaining to this life!”

So, the Roman Empire and its so-called rulers are called unrighteous, i.e., they are unjust, and therefore they are not legitimate authorities to which believers can submit their civil disputes. If the Roman so-called rulers were ministers of God for their good, administering civil justice, then Paul couldn’t have forbidden Christians from seeking adjudication from them.

And further on in 1 Corinthians 8:5-6 Paul says “For although there may be so-called ‘gods’ in heaven or on earth, as indeed there are many ‘gods’, many ‘lords,’ yet for us there is one God, the Father, from whom are all things, and for whom we exist, and one Lord Jesus Christ, through whom are all things, and through whom we exist.” And so, among other things, this is to say that many so-called ‘lords’ or rulers have no more genuine civil authority from God than so-called ‘gods’ have genuine deity or divinity.

In summary, according to Scripture, what Romans 13 and other related passages teach, then, is that those who by God’s sovereign control of history may be in positions of power are not necessarily those who have God’s moral authorization or ordination. God’s Word doesn’t require our submission to unjust so-called rulers. The sword-bearing power that is ordained of God, according to Romans 13, is the administration of civil justice: punishing criminals and defending victims of crime. Further, we recognize that the ‘state’ as a monopoly involving the initiation of coercion against persons and their property, is inherently unjust and is therefore not authorized or ordained by God. 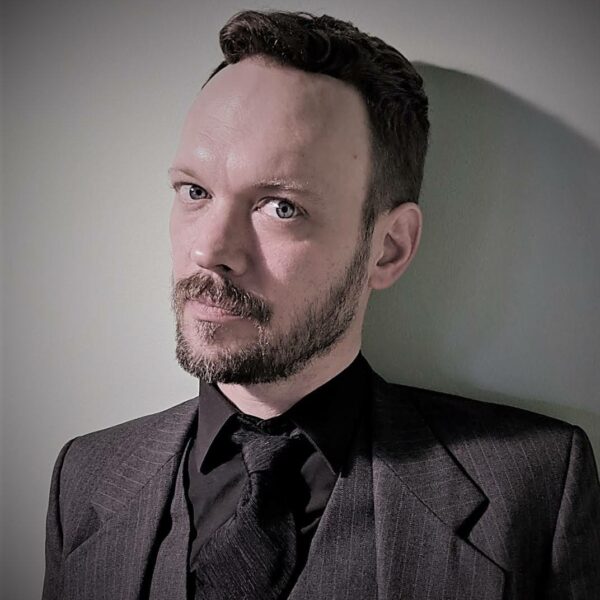 Gregory Baus is a student of the Reformational/neocalvinist philosophy of Herman Dooyeweerd. A former international English teacher; he’s currently living in the US and writing a Master’s thesis on the topic of self-knowledge. Gregory became a libertarian anarchist in 2008 and co-authored the statement, “What is Reformed Anarchism?” with Kerry Baldwin in 2020.
All Posts
About Articles on LCI LCI posts articles representing a broad range of views from authors who identify as both Christian and libertarian. Of course, not everyone will agree with every article, and not every article represents an official position from LCI. Please direct any inquiries regarding the specifics of the article to the author.

Did you like Romans 13: A Reformed View of Stateless Civil Governance?
You may also like These Posts: