Violence Will Not Save Us 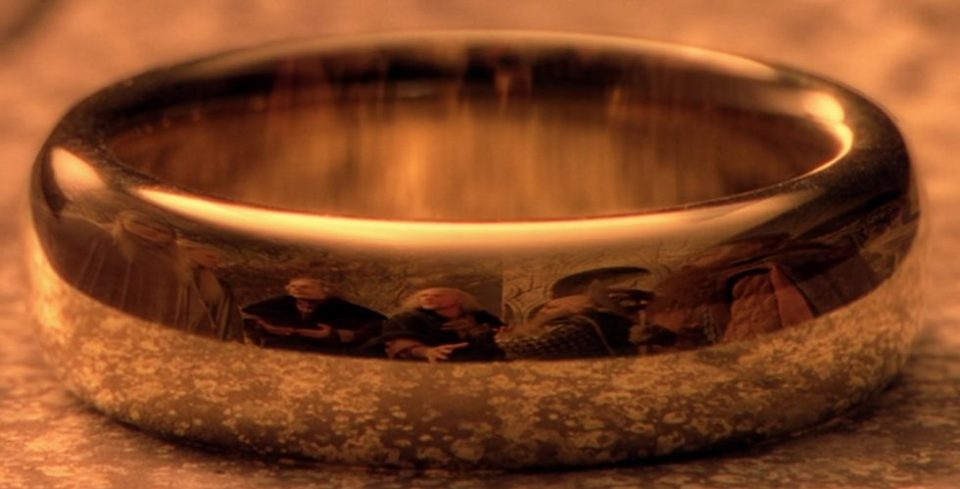 As I have previously written, the early Christian virtue of patience (and therefore non-violence) and the libertarian Non-Aggression Principle are in agreement: the world cannot be fundamentally changed for the better through violent, coercive means — rather, the only way to bring about a more peaceful world is by behaving peacefully ourselves.  The Christians of the first three centuries (as reflected in the writings of Justin Martyr, Tertullian, Origen, Cyprian, Clement of Alexandria, and others) understood that the incarnational nature of Christianity, derived from the very incarnation of Christ, meant that there was to be no discrepancy between their words and their behavior. If anything, their behavior was ultimately more important and effective at evangelizing outsiders than words.

This behavior, argues Alan Kreider in The Patient Ferment of the Early Church, was characterized by non-violent patience which rejected killing in all its forms, whether it be war, capital punishment, abortion, infanticide, or even merely viewing the gladiatorial games. It was this distinctive, embodied patience which was the driving force behind the improbable and surprising growth of Christianity from a minor mystery religion on the fringes of the Roman Empire into the world’s largest religion by the fifth century. Christians behaved differently than everyone else, and this refreshing difference offered a glimpse of hope in the midst of a violent world, attracting outsiders to investigate their neighbor’s religion (some of whom then became Christians themselves).

Violence was viewed as a product of impatience. Impatience, in turn, may spring from the terror of our own mortality. As Grace M. Jantzen argues in Foundations of Violence (2004), violence stems from a cultural obsession with and fear of death which can be traced back to classical antiquity. Drawing from French sociologist Pierre Bourdieu’s concept of habitus, she argues that this ingrained disposition of both necrophilia and necrophobia shapes and conditions us towards violence without our conscious awareness. (The concept of habitus entails “‘corporeal knowledge,’ a ‘system of dispositions’ that we carry in our bodies,” formed by social conventions, example, story, and repetition—and it, in turn, shapes our identity. (Kreider, p. 39))

The classical glorification of war and the concept of dying the noble death, as in the archetypal Iliad of Homer, still permeates western society. In the United States, this becomes inescapably-obvious every Memorial Day and Independence Day as we are ‘reminded’ to reverently pay homage to those who ‘sacrificed their lives for our freedom.’ The fear of our own mortality, coupled with a culturally-consecrated romanticization of others dying for the good of society, lies at the root of war, abortion, and all violent acts. Jantzen proposes that the antidote is the formation of a habitus oriented towards life and flourishing; a reorientation towards our shared ‘natality’ — the fact that we are all born, rather than the fact that we all die.

Tying these two perspectives together, N.T. Wright argues in The Day the Revolution Began (2016) that a love of death is a fruit of the first, foundational Sin from which all other sins arise: idolatry. The main problem corrected by Jesus’ death on the cross, argues Wright, is that humans have abandoned their vocational calling to bear God’s image in the world and bring about its flourishing. He writes:

… humans were made to be “viceregents.”  That is, they were to act on God’s behalf within his world. But that is only possible and can only escape serious and dangerous distortion when worship precedes action. Only those worshipping the Creator will be humble enough to be entrusted with his stewardship.  That is the “covenant of vocation.” … That is what is lost when humans decide to rebel and take orders instead from within the world itself. That is why, in the developed view within Israel’s traditions, the basic “sin” is actually idolatry, worshipping and serving anything in the place of the one true God. And, since humans are made for the life that comes from God and God alone, to worship that which is not God is to fall in love with death.  (p. 155)

It is conceivable that the impatience of the world’s dominant habitus is driven by a deeper obsession with and fear of death. Terrified by our own mortality, we desperately grasp for what we want, even if it means someone else has to die. Our glorification of the ‘noble death’ simultaneously allows us to depict our victims as willing, noble sacrifices. Consider abortion, often motivated by a mother’s fear of her own fate should she have a(nother) child, while the child is simultaneously dehumanized (“a clump of cells without rights”) and exalted for his or her willing and noble sacrifice (“‘it’ would rather die than live in poverty, increase ‘its’ mother’s poverty, or contribute to ‘global overpopulation'”). Thus, many mothers and couples choose the impatient option of abortion (or even kill their children after birth), in the same way that abortion and lethal child exposure were common in ancient Rome.

Despite many evangelical Christians’ rejection of abortion, it seems that their habitus reflects less the embodied patience of the earliest Christians than it does the two-tiered ethic promoted by Constantine and Augustine. Prior to Constantine, it was difficult to be recognized as a new Christian by other Christians. Admission to the Church required a lengthy process of catechesis and examination of the catechumen’s behavior, potentially for up to two years, before he or she could be baptized and participate as a full member of the community. Constantine, and later Augustine, helped to usher in a transformation which placed greater emphasis on the (rather quick and painless) ability to parrot orthodox belief than the more demanding task of modeling Christ-like behavior.

This shift was accompanied by a new ethic which held that the only Christians required to embody the earlier virtue of patience were those specifically called to a religious vocation, removed from the world and into a monastery where they could pray for the world without risk of the world changing them (or them changing the world).  Everyone else was now held to a lower standard, and this led to exceptions to the Christian principle of non-violence. Both Constantine and Augustine advocated using the coercive and violent powers of the state to promote their ‘godly’ agenda, including stamping out what they deemed heresy, creating an empire unified around a common religion, and spreading official Christendom throughout the world.

When evangelicals argue that it’s possible for someone to be a genuine Christian despite perpetual, unrepentant, unethical behavior because “he’s a president, not a pastor,” and that this somehow justifies them throwing their full, unwavering support behind such a person, it isn’t the Spirit present amongst the early Christians doing the talking. It is instead the spirit of Constantine and Augustine, who argued that Christ-like patience wasn’t fast or efficient enough at accomplishing God’s purposes in the world, and therefore expediency necessitated the embrace of state power and violence. The same spirit is operating when Christians defend each and every military intervention without question, or the use of force against non-violent ‘criminals.’ It’s the same spirit at work when conservative Christians dismiss environmental or social concerns with lines like, “It’s all going to burn anyway.”

When offered the power of state, if Christians had responded as did Gandalf to Frodo when he was offered the Ring of Power, they might have said:

No! … With that power I should have power too great and terrible. And over me the [state] would gain a power still greater and more deadly…. Do not tempt me! For I do not wish to become like the Dark Lord himself. Yet the way of the [state] to my heart is by pity, pity for weakness and the desire of strength to do good. Do not tempt me! I dare not take it, not even to keep it safe, unused.  The wish to wield it would be too great for my strength. I shall have such need of it. Great perils lie before me. (J.R.R. Tolkien, The Fellowship of the Ring, Book One, ch. II)

Yet some Christians greedily seized the metaphorical Ring of Power, and it has been ruling them ever since. In place of a fascination with and love of life which leads to renewal and flourishing, many Christians have adopted a fascination with death and destruction. The former springs from faith and hope in the resurrection: a belief in the power of the gospel to spread God’s kingdom on earth now and a fully-renewed creation later. It reveals itself in a patience marked by selfless love and the rejection of all forms of violence and coercion. In contrast, those practicing impatience are marked by an embrace of violent and coercive means, a reverence for expediency which allows any behavior to be justified on account of alleged necessity, and a nihilistic resignation towards the negative fate of God’s creation (or a fetishistic fascination with its supposed ultimate destruction).

If the early Christians were right (and if Jesus was right when he said that we can know a tree by its fruit), then our practices reveal whom we truly serve. Although Constantine, Augustine, and every impatient statist Christian following in their wake sought to divorce words from behavior, the truth is that doing so is simply a means of disguising idolatry. As Wright explains, by our idolatry we have “[abrogated] our own vocation, handed our power and authority to nondivine and nonhuman forces, which have then run rampant, spoiling human lives, ravaging the beautiful creation, and doing their best to turn God’s world into a hell” (Revolution, p. 120).

When we entrust the state with the power to use force to “accomplish God’s will,” we abrogate our vocation and commit the idolatry of trusting the state more than Jesus Christ. We were meant to help save the world by embracing our vocation, caring for all of God’s creation, and restoring peace by embodying it, not by co-opting a violent institution to do it for us. We cannot save the world any other way. As I write in my forthcoming review of Patient Ferment, “The ends and means are inseparable: the only way to achieve God’s purposes is to truly be remade in the image of Christ, who did not draw a distinction between God’s Word and his own behavior, but rather embodied it completely.”