Six Reasons Christians Should Hate the War on Drugs 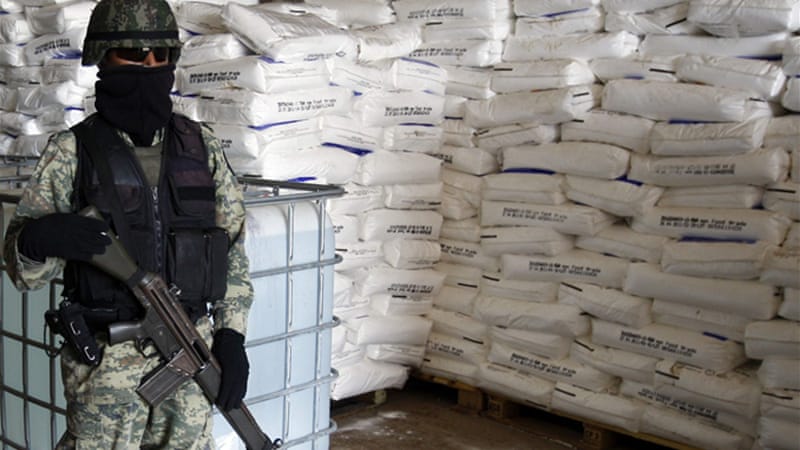 The War on Drugs was instigated by the U.S. federal government in 1970, but the policy of drug prohibition has been around since about 1920. It is also arguably the most foolish social policy of the last 100 years. Considering that we have witnessed a plethora of bafflingly terrible things from Washington, D.C. in the last decade, let alone the last hundred years of liberty-eroding legislation, perhaps that is an overly bold statement. But the War on Drugs is truly something special in the realm of tyrannical law. It is a paramount example of why the state doesn’t work, a case in point for how government must be strictly limited in its scope and power. Here are six reasons why there is absolutely zero redeeming value to the War on Drugs, and why the Christian ought to oppose it even while also opposing the sin behind illicit substance abuse.

The War on Drugs has severe unintended consequences. This is simple economics played out at a progressively deadlier scale. Prohibition of a substance does nothing to reduce demand, and where there is demand, supply inevitably follows. Prohibition, thus, incentivizes black markets, which drives up the price of the prohibited good, which in turn attracts seasoned criminals who are willing to take even more risks to be a supplier. And why wouldn’t seasoned criminals get in on the deal, considering that they’re already on the wrong side of the law and being successful in the arena of black-market goods earns them more money for their operations? The result is totally predictable: cartels and mafias vie for control, violence becomes the norm rather than peaceful market activity, and the vicious cycle spills out into other parts of life to cause even more problems. Decriminalization of drugs cuts off cartels at the knees and allows for civil activity to help people out of their problems rather than drive them underground. Besides being fueled in its infancy by racism, the War on Drugs has been unambiguously devastating to minority communities across America as well.

The War on Drugs ratchets up the power of the state. Strictly speaking, the War on Drugs itself is unconstitutional. Yet conservative Christians who claim to desire “limited government” not only didn’t learn the economic lessons of alcohol prohibition, but also continue to support similar policies without even going through the constitutional amendment process. As a result, the U.S. federal government has granted itself powers that historical tyrants only dreamed of having because of the War on Drugs. Over $41 billion is spent every year on its programs. Regulations pile up in the financial and law enforcement sectors in the name of fighting drug trafficking. Personal lives are monitored, civil liberties are limited, and economic controls are placed on businesses that make zero sense except to ensure that the War on Drugs is fought on all fronts. If we claim to believe that power corrupts, then we have to conclude that the War on Drugs is absolutely corrupting the world around us.

The War on Drugs is a gross violation of personal liberty. The growth of government power inevitably leads to degradation of individual freedom. What right does the state have to tell you what you can or cannot put in or do with your own body? This is fundamental to existence as a human being with agency, created in God’s image to co-work with him on this mortal plane. The moment that liberty is ceded to the powers that be on anything that is not a violation of someone else’s God-given rights, when does it stop? The Austrian economist Ludwig Von Mises wrote decades ago, “Opium and morphine are certainly dangerous, habit-forming drugs. But once the principle is admitted that it is the duty of the government to protect the individual against his own foolishness, no serious objections can be advanced against further encroachments.” This is why the War on Drugs is crucial to our understanding of individual liberty. It does not matter that taking mind-altering substances can be sinful. It does not matter if personal health is at stake. What does matter is that the use of coercive, aggressive force against others taking part in peaceable activity is wrong, regardless of whether or not we approve of the act morally. If a drug-addled person commits an actual crime and harms someone else, then go ahead and prosecute. But we cannot lock someone up for holding a plant or injecting themselves with something we don’t like. The result is that the War on Drugs has ruined far more lives than the drugs themselves. That’s nothing short of barbarism.

The War On Drugs stunts real progress. If it being a violation of individual liberty were not enough, prohibition literally makes humanity dumber. Laws that prohibit the sale and possession of “Schedule I” drugs are the same laws that stifle research and development for legitimate uses. It is hard to even estimate how much scientific advancement has been missed because of prohibition since accumulated knowledge works like compound interest in banking. The world is likely at least 100 years behind schedule in understanding the medicinal use of cannabis, for instance. Forbidding its use means we don’t even get to study it (with some exceptions), and that’s a crying shame. Another example is the use of psychedelics to help people with PTSD and other mental health issues. Only recently have brave people such as Tim Ferriss, journalist Michael Pollan, and researchers at Johns Hopkins University been able to blaze a trail and advance this treatment research. Again, the lack of civility in this arena is barbaric and akin to keeping us in a dark age.

The War on Drugs treats a health issue as a criminal issue. Christians in the 20th century have tended to view “addiction” to drugs as a total failure of character, and this failure is worthy of imprisonment. But let’s face it: this is not fair or just at all. Addiction is a health problem, and deserves to be treated as such. Imprisoning people for use or possession of a substance rather than allow their family and friends to help them is a tremendous injustice. Imagine if you were to find out your child was taking heroin. Would you want to hand them over to the police to be thrown in prison? I doubt it! No, you would seek to figure out the why, and how you could help them to solve their problem and get better. Restoring relationships, urging repentance, and giving grace is the key. Putting your child into a place where their main form of influence would be real criminals would be completely counterproductive. Others deserve no less consideration than your child for their poor judgment either. Portugal decriminalized drugs over a decade ago and now has a far lower than average overdose death rate than other European countries, among other good consequences. Clearly, criminalization only makes drug problems worse, not better.

The War on Drugs does not in any way address sin. For some reason, we Christians sometimes mistakenly believe that the state’s laws are all about getting rid of sin. While we can acknowledge that God does use the state at times to punish sin, that does not give license to the state to do whatever it wants in the pursuit of punishments. As we well know from the New Testament, God’s law exposes sin rather than atones for it, and the law alone certainly does not solve sin problems. How much more so is human law from an immoral government? The state attempts to deceive us by saying its laws can take care of these problems through its means of force. Don’t believe the lie. Any sin issues that arise from drug use will not be solved by the state. It never could.

There is no question: the War on Drugs is beyond a simple failure of the government to act efficiently. It is beyond a complex failure of a government to manage a complicated situation. The War on Drugs is a policy that should be completely eradicated, scorned as one of the worst government programs of all time. Another century from now, we can only hope that our descendants will have truly freed themselves from this nonsense, and look upon the past as a time of ignorance and barbarism due to misguided views about state power and the nature of individual liberty.

Christians never have to be afraid of the pro-Drug War argument. You don’t have to smoke pot to understand that the War on Drugs is absurd. The truth is out there, so train yourself on these basic principles of individual liberty and economics, and give that foolish policy no quarter in any way.

Did you like Six Reasons Christians Should Hate the War on Drugs?
You may also like These Posts: