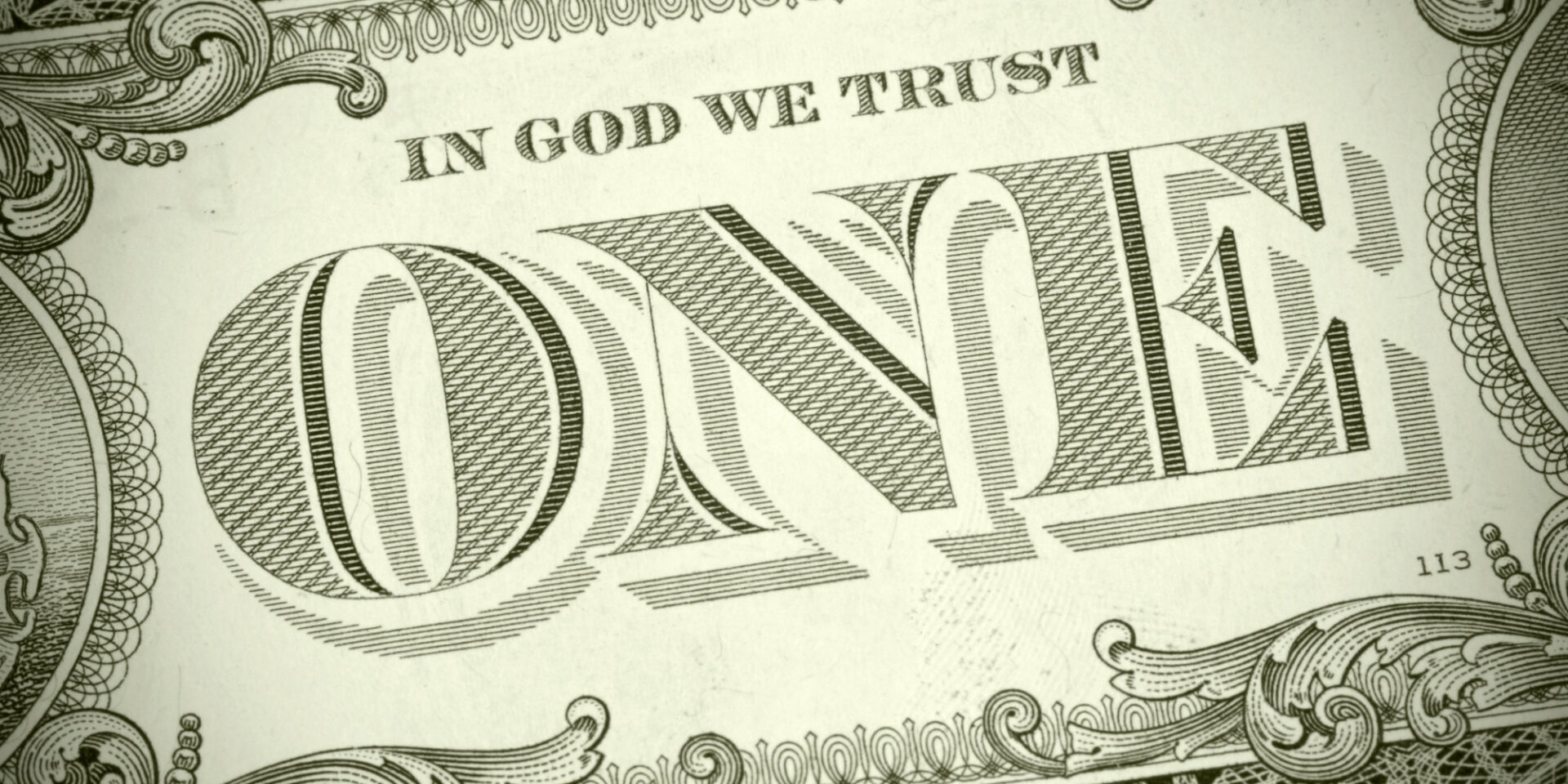 Jesus Christ enjoyed the greatest privilege imaginable, and yet he did not hoard it for himself. Instead, he lovingly sacrificed himself and his privilege for the sake of others. From Christ’s infinite riches, he gave graciously and generously to save those in need. And his giving was often physical or material in nature rather than merely spiritual.

Here are three radical ideas. First, Christ calls his followers to be like him. He wants us to be givers — loving, gracious, generous givers. Not just of the spiritual riches of soul-saving faith in God, but also of the physical, material “abundant life” of John 10:10. Just as Christ came not only to redeem souls but also all of creation, we — the church, the hands and feet of Christ — are called to minister not only to the soul but to the body.

Second, for the Christian, spiritual and material giving are not meant to be separate or distinct.

From the beginning of creation, God designed humans to be embodied souls, or ensouled bodies — however you prefer to look at it. He designed us to live with Him and relate to him as physical beings that eat and sleep and laugh. We were never meant to be ethereal spirits perched on clouds, playing mystical harps with the angels.

From the beginning, God made us to be physical beings that would work, produce things from the earth, and voluntarily share them with each other as any had need. Just as we all would share in the abundance of God’s love, so also would we share in the deep riches of creation as well as each other’s skills and handiwork. “There will be no poor among you,” reads Deuteronomy 15:4, in a vision of the ideal communal existence, “for the Lord will bless you in the land that the Lord your God is giving you for an inheritance to possess.” And we find the same brief glimpse of God’s design for Christlike community in Acts 2 and 4, in which the Holy Spirit fills the gathered body of believers, inspiring them both to preach spiritual truths and to give generously to provide for each other’s needs.

Third, when God’s people embrace this vision of lovingly, graciously, and generously sharing with those in need, government means of helping the poor and needy are both unhelpful and unnecessary. They are unnecessary because, in lieu of government benefits, those in need naturally seek out other means of help, including the church. And they are unhelpful, because government benefits only tend to material needs while neglecting the spiritual truths and Christlike motivations that would make those benefits meaningful. At best, it can only accomplish the material portion of God’s redemptive plans, and often it doesn’t even accomplish that.

I call these ideas “radical” because that word comes from the Latin radix, meaning root. At the root of the gospel — the good news Jesus came to announce and embody — is the redemption of all creation, including but not limited to human souls. That is, Jesus came to set all of creation right again, to deliver abundant life to all, and God has enlisted His people to assist in that task.

Giving is not a nice but superfluous act for the believer. It is the inevitable result of the new heart that God implants in us. That is why Paul calls those who financially supported his ministry partners — not tithers, not donors, but partners — in the gospel (Phil 1:3-5).

While this question may have the biggest implications for businesspeople and other high earners, it applies to everyone who follows Christ, because we are all called to be wise stewards of our money, resources, skills, and time. All of creation ultimately belongs to God. So how do we steward our own individual portions of it to participate in the task of redemption?

In touring the Old Testament’s many passages on possessions, Cortines and Baumer find a recurring theme:

[W]ealth is a gift from God, and one of the functions of wealth is to provide for one’s community, especially the poor. [p. 18-19]

In their treatment of the New Testament, I was pleased to find that the authors gave a very similar framing of NT principles as I did in chapters 8 and 9 of my book, The Third Temptation: Rethinking the Role of the Church in Politics. That is, the authors of God and Money highlight Jesus’s emphasis on giving to those in need as if they were giving directly to him, as well as Paul’s implicitly tiered structure of obligations to others: first to spouse, then family, then local church body, then faraway believers and non-believing outsiders.

Cortines and Baumer also sketch out three principles on giving that I found helpful:

Reading these principles, I am astonished at how similar they sound to principles that I articulated in my chapter on the Kingdom of God (chapter three) in The Third Temptation. (It’s almost as if we are using the same source material…) These principles are invigorating for the Christian who realizes that giving is about more than just obeying God, having faith, or being a good person. It is a way to partner with God in the gospel! It is a way we can participate in delivering the abundant life of God’s Kingdom in today’s world.

One of my favorite concepts in God and Money is that of the personal spending “finish line.” This is the amount of money that a faithful steward decides is needed for his or her family to live simply and comfortably. All income earned above this amount should be saved and (eventually) given away to Kingdom-advancing causes or ministries.

I found the “finish line” concept both fascinating and challenging. It cuts directly against the “rags-to-riches” mythology in American culture, that the best life one could live would be one of great wealth. Inherently, there’s something in us that rebels against the notion of “enough,” of material contentment. I’m reminded of the classic John D. Rockefeller quote. When someone asked him how much money was enough, he replied, “Just a little bit more.”

Contrary to that inherent urge in us for “just a little bit more,” Cortines and Baumer explain with lots of data and studies that satisfaction from material possessions is a bell curve:

Income, properly spent, brings human fulfillment and joy up to the point where we can fully walk out our calling in life. When taken beyond that point, consumption becomes wasteful, a misappropriation of resources and a slap in the face of the poor whom God calls us to care for.

And thus, the authors conclude that, to quote early church father Clement of Alexandria,

What the rich should do with the superfluous — with that which goes beyond the necessities and is therefore a burden — is to distribute it to those in need.

It is a hard rule to follow, but it proves to be both personally rewarding and necessary for the proper functioning of the Kingdom of God. It is how God chooses to bless the needy with an abundant life. It is the path to human flourishing for both giver and receiver.

So, as faithful stewards rise up the financial ladder from elimination of personal debt to basic financial stability to financial independence and finally to wealth, our generosity ought to grow in something akin to a “progressive tithe” or “progressive giving.” If a Christian continues making more and more money over the course of their life, eventually their “progressive giving” rate should equal 100%! To quote the authors:

As your income grows, your consumption should grow at a slower pace, allowing saving and giving to take a larger cut of your paycheck. Eventually, once your spending reaches a level you are happy with as a steward of the income God has blessed you with, it stops growing altogether, with all excess income being allocated toward saving and giving.

Putting It All Together

What is the core takeaway for libertarian Christians? To my mind, it has to do with what it means to be a specifically Christian libertarian.

Why do we strive for lower taxes (or the elimination of taxes)? Why do we want to cut government welfare budgets? Why do we view government spending and involvement in healthcare or human services as wasteful and unhelpful? Is it fundamentally about an economic argument, or is it about a desire to live out the gospel and advance the Kingdom of God as thoroughly as possible in this life?

Of course, economic arguments can be useful in bolstering our core biblical principles and values, but to be a Christian libertarian is to understand that government welfare, to the extent that it crowds out church-based charity, is robbing the needy of the abundant life — the life of flourishing — that Christ came to bring.

There is no salvation to be found in a social security office. There is no eternal hope to be found from a housing voucher. And the bread purchasable by food stamps is not the “bread of life” that Christ offered his disciples. These benefits treat people as mere bodies to be fed, clothed, and sheltered rather than embodied souls with spiritual needs as well. It treats people as individual numbers in a system rather than social creatures in need of community.

At its best, every human need — spiritual, material, communal — can be met within the church. We, the church, are God’s primary method of blessing human beings with the holistic, abundant life of flourishing in this age. But, admittedly, the church is not always at its best. That’s why books like God and Money are so beneficial. They help us remember what this life is all about.

PrevPrevEp 210: The Two Things You Shouldn’t Talk About
NextWeekend Insights – Of Presidents, Privacy, and PlanetsNext