We the People are Not Statues 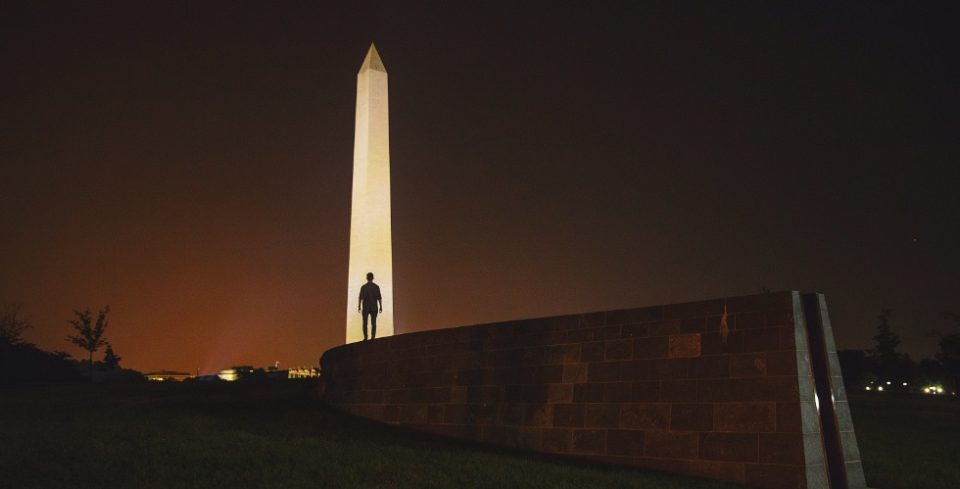 Monuments are mnemonic devices. They help us memorize images that represent a certain historical narrative. If you take a stroll through the National Mall in Washington D.C., you will encounter monuments that call to mind a range of particular and intentionally chosen historical figures and events that define “America” and being “American.” In this sense, monuments are personal. When you look at a monument, you form a mental picture of your relationship to the land on which the monument stands. This is what distinguishes statues as monuments from statues as pieces of art. The latter says something to you while the former says something about you.

Consider this in historical context: when one country conquers another country, the conquer demolishes the conquered country’s statues, takes down their flags, and replaces them with their own. They do this to indicate to the conquered people their new identity. However, conquerors, generally speaking, only demolish very specific statues. They tear down the statues of old leaders in town squares, but not the statues inside galleries made by the hands of the conquered country’s greatest artists. Rather, they save the latter because they are valuable pieces of art. They recognize that, as pieces of art, these statues are not dangerous. When you look at these art works, you see technique and skill; you see a glimpse of the artist’s mind at work, or their model at play. These statues do not speak about you in any unique way. It does not matter if you speak the same language as the artist or originate from the same country – these statues can speak the same message to anyone who’s willing to hear. A monument of the conquered country’s old leader, on the other hand, is considered dangerous because it reminds the people of who they once were: It speaks about them. To subjugate a people, the conqueror must sever the conquered people’s memory – commemoration – of their former identity and allegiance.

Let us return to our historical example. Say, the conqueror replaces the demolished statue with a new monument. This monument is of the conqueror King. When the newly conquered people see this monument, do they see something that speaks about them? No, it’s unlikely. For these people, the monument is nothing but a statue of a man they despise. These people don’t require a mnemonic device to know who they are, in the same way an adult no longer thinks of “Dear Aunt Sally” when they’re calculating 5 + 4 (2 x 3). For these people, the statue is meaningless because they do not believe it represents reality. Now, let’s say three generations go by. The great-great-great grandchildren of these same people will likely see this statue a differently. For them, this statue – this monument – says something about who they are because in this monument they see their founding. The statue has not changed over the generations. The only difference is the person looking at it.

Our nation is currently in the middle of a heated debate over whether certain monuments warrant their place in town squares. All over our country, from Portland, Oregon to Baltimore, Maryland, some participants on one side of the debate have begun tearing down statues of certain figures, such as those of Christopher Columbus. ‘He does not speak for us, about us,’ they seem to say. Participants on the other side of the debate are using their bodies as shields against the tearing down of certain statues, such as those of Saint Junípero Serra in California. ‘You harm him, you harm us,’ they seem to say. In both cases, the statues reflect something that is already there. Both groups have a predetermined understanding of what “America” means and what figures reflect her identity. Based upon that understanding, they either like or dislike what they see when they encounter a particular statue.

Statues do not define America, nor can they. Rather, we, as individuals, define America. As we work through this debate together, we must not lose sight of what is truly important: we the people. If we protect or tear down a statue of Christopher Columbus but not once speak to a person on the other side, have we truly done anything to help our nation heal?

Read More »
PrevPrevEp 179: Myths, History, and the Future of China, with Jason Szeftel
NextWhat if the State Confessed that Jesus is Lord?Next