The Answer is Always Individualism 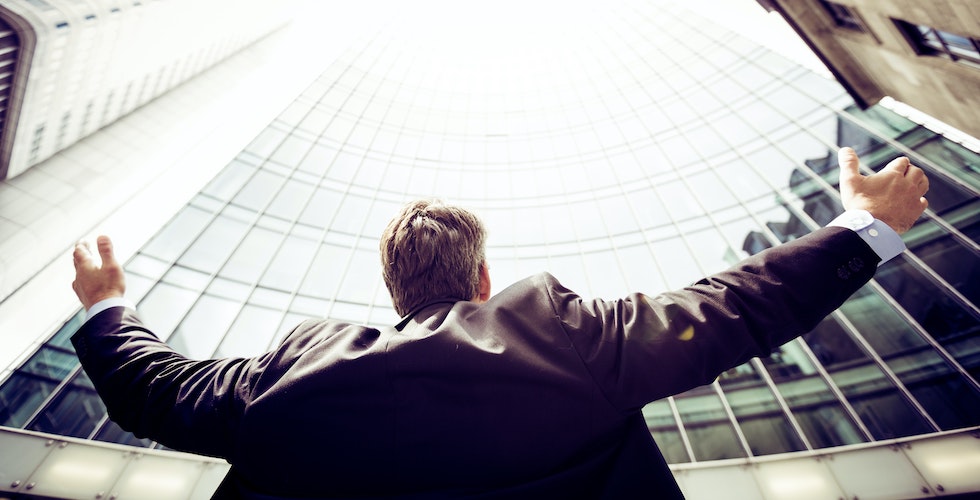 I’m both encouraged and troubled by it.

I’m encouraged to see anything promoting and celebrating human achievement, instead of just dumping on wealth and promoting envy.

I’m troubled because it begins with the premise that “We” have failed to do really big giant things. It’s a small step from “We need to build bold things” to a technocracy where everyone is forced to put their resources to uses dictated by scientistic managers with grand plans.

I’m troubled because Silicon Valley sometimes seems to long for any kind of “Big” effort, no matter how much of a boondoggle, or whether it’s backed by force or funded against citizens will via taxation.

It mentions how “We” need to overcome regulatory capture. Well that only happens if the state shrinks, and big, unified, central visions imposed on the populace die with it. You can’t reduce capture and also increase state-run Hoover Dam type projects. Silicon Valley is naive about Public Choice Theory and the way real-world political incentives play out predictably.

I am all for big, massive, bold visions.

I want to terraform other planets. I want flying personal vehicles. I want limitless energy. But I know that such visions are only beneficial and not dystopian in a world where individual freedom trumps the desires of any small group of people. Those efforts and advances will only be wonderful if visionaries can persuade individuals to embrace and engage them voluntarily, and part with their resources to fund them without threat of force or artificial incentive.

Absent freedom, none of these big bold builder visions are inherently good and can quickly turn evil.

Some Silicon Valley types seem to want a world of endless tech innovation whether the market demands it or not and whether individuals choose it or not. A world controlled by the nerds. I am not accusing Andreessen of promoting this. But I do see an easy shift from his progress promotion to progress coercion, animated by the collectivist spirit of the age.

Anti-Silicon Valley types seem to want to steal all the money from the successful and prohibit people from progress. A self-defeating and soul-sick approach.

While I agree that anti-progress is awful, pro-“big ambitious projects” is not by itself a less scary ideology. Only individual freedom is. Progress nested in choice.

I once wrote about how Virginia Postrel’s Stasist vs Dynamist dichotomy (progress vs. tradition) is usefully paired with Thomas Sowell’s Constrained vs. Unconstrained vision (reality vs. utopia). I think it’s very applicable here.

Dynamism is only a force for good when nested in a constrained vision. Otherwise it becomes technocracy. 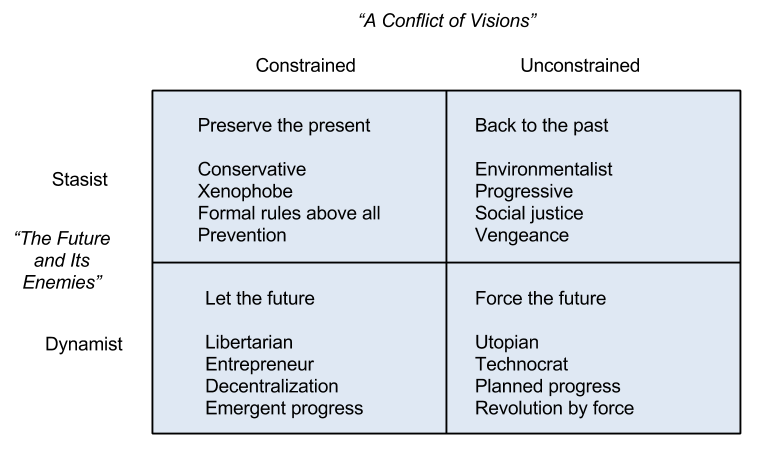 This article was originally published on IsaacMorehous.com