The Gospel in Pandemic Times 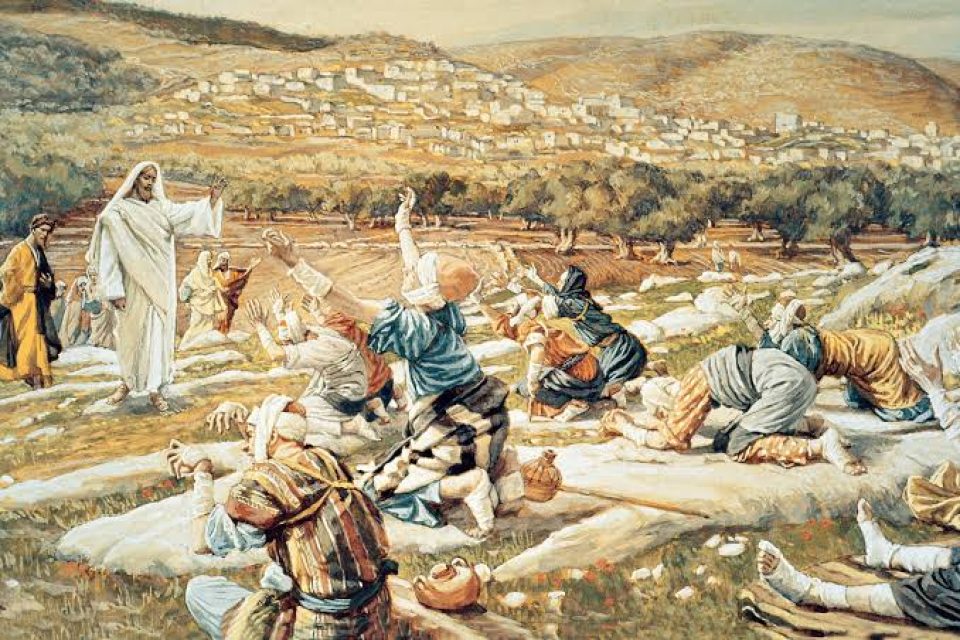 It is startling, to say the least, seeing how the COVID-19 virus has affected almost everyone around the world in such a short period. But what is even more startling is how certain nations have been handling the epidemic. There have been reports from China, for example, that residents have been locked into their homes as part of the forced quarantine procedures initiated by the local governments. An Al-Jazeera news article reported that “about 60 million people have been in forced quarantine in the central province of Hubei for nearly two months.”

Many other nations have hinted, albeit subtly, that they may follow China’s example. The CDC (Centers for Disease Control and Prevention) website states: “CDC has the legal authority to detain any person who may have an infectious disease that is specified by Executive Order to be quarantinable.” Combine this with various other invasive means discussed to “wage war” against the virus and one can easily see government’s iron-like tentacles reaching further and further into the everyday lives of the average citizen.

Anyone familiar with the anthropology revealed in the Bible should not be surprised at this. René Girard noted that it was common in ancient times for the masses to sacrifice a single victim (most likely a disfigured or a socially-marginalized person) who was considered the source of the plague. In our modern-day, post-Calvary society, we know that no human being is the ‘source’ of any epidemic, but rather people become the bearers of viruses and they require treatment so that they are healed and others are not affected.

In pre-Christian times, however, might determined facts, and the overwhelming superiority of numbers determined that the gods were displeased; therefore, human-sacrifices were necessary to quench the gods’ thirst for blood. Such a mindset has not vanished but has instead been refined, under the guise of compassion, into institutional actions such as forced-quarantines and vaccinations. The sacrifice of a few, though significant in numbers (as exemplified in China), is considered a necessity to stop the spread of the plague.

The coming of Christ, in stark contrast to the rulers of the world, provides us with another way of tackling epidemics. The key to this alternative method is revealed in the teachings of Jesus; teachings such as “do to others what you would have them do to you”; “love your neighbor as yourself”; and “greater love has no man than this, that he should lay down his life for his friends.”

Sociologist Rodney Stark notes how Christianity thrived in times of epidemic and revitalized the Roman Empire. He explains:

The epidemics swamped the explanatory and comforting capacities of paganism and of Hellenic philosophies. In contrast, Christianity offered a much more satisfactory account of why these terrible times had fallen upon humanity, and it projected a hopeful, even enthusiastic, portrait of the future.

…Christian values of love and charity had, from the beginning, been translated into norms of social service and community solidarity. When disasters struck, the Christians were better able to cope, and this resulted in substantially higher rates of survival.1

Indeed, one pagan emperor, Julian the Apostate, remarked about the Christians:

“[They] support not only their poor, but ours as well, all men see that our people lack aid from us.”2

One can deduce from the above that a radical transformation had taken place within pagan Europe—one that had changed the world forever.

In Eugene Vodolazkin’s novel Laurus, we see how this transformation works. The central character, a medicinal healer by the name of Arseny who lives in 15th century plague-ridden Russia, falls in love with a girl named Ustina and together they form a relationship. Very soon, Ustina is with child; both she and Arseny are fearful and excited. The story takes a tragic turn, however, when both Ustina and the baby die during childbirth.

Arseny is both numbed and grief-stricken. He blames his negligence for the death of his beloved and the unborn child. In his grief, Arseny now finds himself at a crossroads. He could go on as if nothing had happened by ignoring the pain and death of an innocent he’d known intimately, or he could do the unthinkable. He could disown himself and live the remainder of his life on behalf of his beloved Ustina.

He chooses the latter. Arseny ventures headfirst into towns that are infected with the deadly bubonic plague. He blends in fearlessly with those dying in filth and misery, and he does his utmost to cure them. Those few whom he is unable to help, he presses his forehead to them and ‘shares the patient’s pain with him, and, to some degree, his death, too.’3

Arseny continues healing and caring for the sick even after he is robbed and beaten on one of his many perilous treks. He continues to love his neighbor even in the state of poverty and nakedness. He disowns himself and endures all, taking on the name of his beloved. Many a growing number keep on visiting him, thinking that merely by seeing and touching him their pain would lessen.

Rowan Williams remarks about Arseny’s disowning of the self:

… People become selves, become persons not by spraying out the borders of their territory like some animal putting its scent all around, but people who understand that the real reinvention, the reinvention that matters is a king of letting go.4

Towards the end of the novel, Arseny, now a shriveled old man, finds himself caring for another girl who has gotten herself impregnated. The townsfolk surround the girl intending to lynch her. ‘The devil has possessed her,’ the townsfolk cry out, thinking it is because of the girl that their town is undergoing a famine. But Arseny does not allow the lynching to take place. He stands between the girl and the lynch-mob. He takes the blame upon himself and saves the girl.

With the current realization that the time of epidemics is not yet over, the Gospel revelation gives us the key to overcoming plagues and the accompanying violent thrust from man’s own scapegoating spear. In Christ’s earthly life, we find that the real antidote to disease is God’s active love for humanity and man’s voluntary and positive response to that love. Christ calls us all to imitate him who himself has taken on our identity so that he may crush once and for all the sickness that plagues mankind.

Unlike quarantines and other control programs imposed by worldly rulers, the imitation of Christ brings about a renaissance in technology, medicine, and the hearts of men that cures the bearers of disease without scapegoating them. In Vodolazkin’s Laurus, the young Arseny stares into a fire and sees his old self—one who has saved and healed countless lives—staring back at him. Our ancestors—who have been through times much worse than ours—search for our faces as well.

2. ‘The Works of the Emperor Julian’ translated by Wilmer Cave Wright, PhD. Heinemann