Will the US Senate Resurrect Kingship? 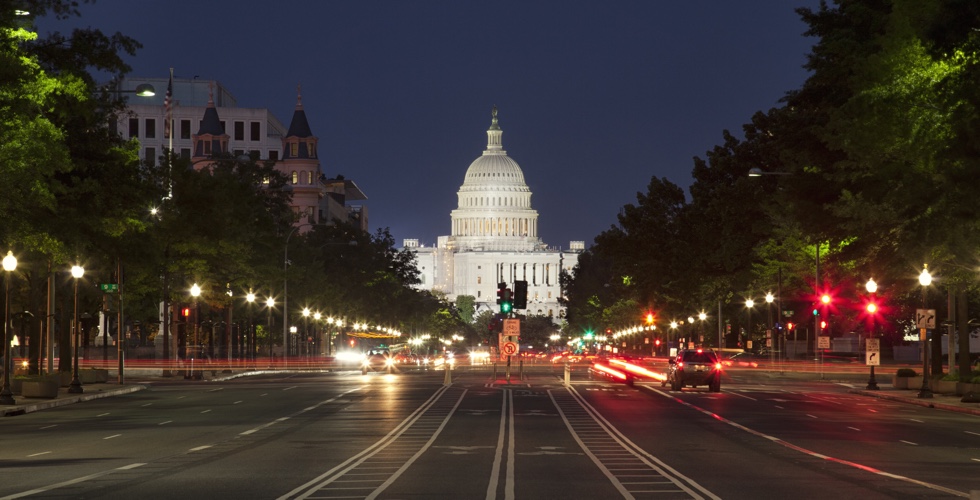 Do our current circumstances of Presidential impeachment have potentially even greater significance than we may immediately realize? Perhaps so.

I’ve been following the Presidential impeachment hearings semi-regularly over the past two months, and am particularly intrigued by the current state of affairs. Indeed, some of the most significant events of Western Civilization are repeating themselves from about 2000 years ago. For those who have been ignoring these events, this one might be worth reading.

In the general procedure, after the President is impeached by the House, the articles of impeachment (“charges”) are sent to the Senate, who conducts a trial to see if the President is guilty. In other words, the Senate has the sole power to remove a President from office, and that can only happen if the impeachment process is followed. The wording of the US Constitution is as follows:

6: The Senate shall have the sole Power to try all Impeachments. When sitting for that Purpose, they shall be on Oath or Affirmation. When the President of the United States is tried, the Chief Justice shall preside: And no Person shall be convicted without the Concurrence of two thirds of the Members present.

7: Judgment in Cases of impeachment shall not extend further than to removal from Office, and disqualification to hold and enjoy any Office of honor, Trust or Profit under the United States: but the Party convicted shall nevertheless be liable and subject to Indictment, Trial, Judgment and Punishment, according to Law.

The (a) trial, (b) oath, (c) judgment, and (d) conviction language indicates the formal judicial setting – meaning Senators are here functioning as any other impartial, justice-pursuing jurors would in an ordinary jury trial.

As many have noted, several leading US Senators have openly rejected this role. Lindsey Graham said, “I am trying to give a pretty clear signal I have made up my mind. I am not trying to pretend to be a fair juror here.” Even the head of the Senate, Majority Leader Mitch McConnell, said “I’m not impartial about this at all” and “Everything I do during this, I’m coordinating with White House counsel. There will be no difference between the president’s position and our position as to how to handle this to the extent that we can.”

Unsurprisingly, some Senators are “disturbed,” and Representatives (not to mention legal scholars) have said “The moment Senator McConnell takes the oath of impartiality required by the Constitution, he will be in violation of that oath.” House leader Pelosi shrewdly delayed sending over the articles of impeachment to this explicitly rigged court. (A week later, McConnell changed his mind to do precisely what he said he wouldn’t do: digress from White House opinion. The President wanted no witnesses to testify, but McConnell said he’s now open to it, whatever that means.)

My concern has nothing to do with Trump and Ukraine (and certainly not “Republicans” and “the Dems”). The charges could be for stealing cotton candy and Santa Claus could be in the Oval Office. It makes no difference. The issues here have to do with the long-term consequences of the Senate obeying an (impeached) head-of-state at all costs.

In other words, the same, monumental dilemma that plunged the Roman Republic into the Roman Empire.

After a series of bloody civil wars in the first century BCE and a failed three-way consulship (“triumvirate”), one political leader came out on top: Octavian. He convinced the Senate (yes, from which the U.S. “Senate” derives) of the democratic government to give him extraordinary powers that no previous politician had. Instead of one-year, two-office consulships, there would be one office with multi-year terms; he also assumed power of a tribune so he could propose and veto laws. There were previously checks in place to prevent this kind of move from happening (“king” was not a good word in the area ever since Greece threw out monarchy in favor of democracy several centuries earlier), but putting an end to the civil war was a gift from heaven, and it was a crisis Octavian waste. He was viewed as extraordinary, and these were extraordinary circumstances. Octavian would make Rome Great Again.

So the Roman Republic became the Roman Empire: Octavian became the first emperor (“Caesar Augustus,” “Princeps,” “Pontifex Maximus,” etc.), and the Senate took on new law-making powers. Together, the emperor would co-rule with the Senate (in the “principate”), even though everyone knew the Senate  would do whatever the emperor said (sound familiar?). Again: it all happened when a bully politician kept taking and taking power then ran up against the final check of the Senate, who caved  (Star Wars: Revenge of the Sith may play off this theme, if you recall the famous quote “So this is how democracy dies, with thunderous applause.”)

I am not sure anything quite this dramatic is happening in Washington D. C. right now. But it is incredible that the debate surrounding Trump has actually reached this critical threshold – never-minding being the third President in US history to be impeached. This isn’t quite politics as usual in that respect.

To re-iterate: The entire process of Presidential impeachment is to ensure a check on the President’s power. America’s founders just seceded from a monarchy and knew tyranny would inevitably creep up again. So there had to be a mechanism in place to ensure an “out.” For the US Constitution, that’s impeachment and removal from office by the Senate – that is, the President is not above the law and must be subject to judgment by another branch of government. (Why the founders had the trial occur in the Senate instead of in the Judiciary branch in an actual courtroom, is something I don’t understand. I think it might show the lingering “specialness” of the monarchy drifting into the US Presidency, and maybe even vestiges of the principate still lingering as well.)

The current President has made it clear that he is not subject to judgment and maintains the highest power – which is, in fact, one of the two articles of impeachment (abuse of power). Preventing witnesses for a second time (the first was during House proceedings) and encouraging all Senators to abide by his (even paying them off), is making it clear just what the real problem is: abuse of power, indeed.

Critics of Obama warned what could happen if the President was given too much executive power. The last few years show that these concerns were right. But now Presidential power is being pushed far beyond executive orders to separation of powers itself. As Thomas Friedman recently put it during an interview,

If we let a President in the face of these charges, not allow the key witnesses to testify – those closest to the process, Juliani, Pompeo, Mulvanney – if we let him get away from letting them not testify and not turn over any documents, we are basically saying we no longer have a separation of powers. We actually have a monarchy. (MSNBC, Nov 23, 2019)

Like the Senate in the first century BC, American Senators are now having the face the same question Octavius presented them 2000 years ago. What will the New Year bring?