Clown World and the Only Thing that Matters 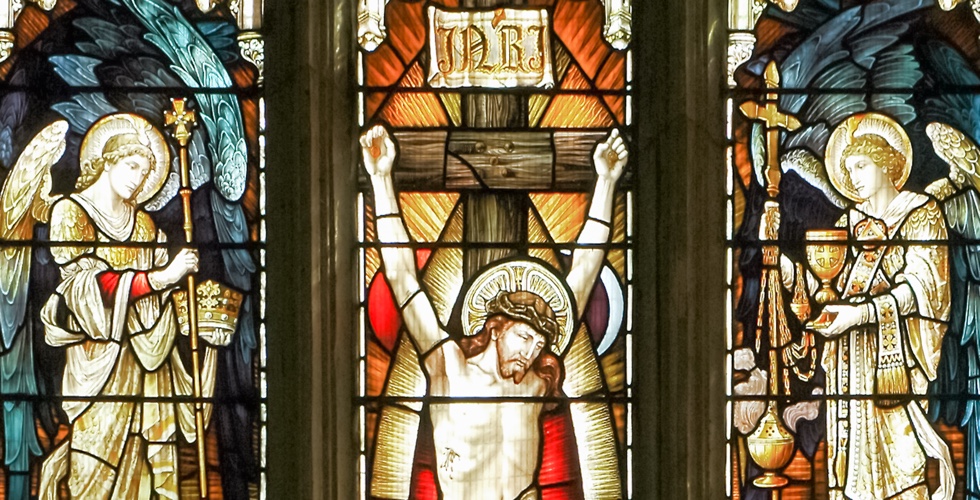 “Vanity of vanities,” says the Preacher;

“Vanity of vanities, all is vanity!”

What advantage does a man have in all his labor

In which he toils under the sun?

The ‘preacher’ in the book of Ecclesiastes describes a life that is ultimately meaningless and aimless. Consider this for a moment: your day-to-day life consists of getting up in the morning, going through the motions in a zombie-like state, and barely surviving the entirety of the day. This must be true at least for most of humanity. We’re busy most of the time living in fear of death, and if we’re not busy running away from death then we’re busy embracing it, worshipping it, and reveling in its cold ecstasy.

For that which befalls the sons of men befalls beasts; the same thing befalls them: as the one dies the other; yea, they have all one breath; so that a man has no advantage over a beast: for all is vanity.

Why does death dominate us and our culture? It’s because we are ruled by a cult of death-worshippers. When we talk about rights we mean killing someone else so that we may live. We mean killing the fetus in a womb so that we ourselves are not inconvenienced, and we masquerade this as ‘freedom of choice.’ When we talk about responsibility we mean more or less the same; we mean shooting and bombing people in far away countries so that we can boast in our patriotism, and we masquerade this as ‘duty.’ Just how deep are we in the pool of death?

Our society is rightfully recognized as ‘clown world.’ Freedom means slavery, theft is the norm, and life means death. We are doing our best to outdo George Orwell’s wildest imaginations. But what Orwell had predicted had been going on for centuries. In antiquity, high priests of the pagan temples worked up the masses into a frenzy right before a ritual sacrifice—the killing of a single human being. In modern times, the high priests are the faces on your television and computer screens. The key is mind control; and we are all real life ‘Manchurian Candidates,’ hypnotized by statist, bipartisan media, and manipulated by our rulers and fellow-sheep into believing a false narrative that ultimately leads to death, no matter how noble our intentions.

It is as though we are all programmed assassins, dealing out death to those who will not comply. We are like robots, stepping over the other as if they mean nothing, and living the same old monotonous dream over and over again. It is no wonder that we sometimes feel like déjà vu; after all, that is exactly how one feels when trapped in a maze.

It’s all pitch-black and nonsense until we hit the cold, hard bottom. But life need not be like that, for Jesus the Nazarene showed us the way out.

In Richard Condon’s political thriller ‘The Manchurian Candidate,’ the main character is brainwashed into being an unconscious assassin; the queen of diamonds from a deck of cards serves as the trigger for the next ‘hit.’ This assassin is seemingly deprogrammed by a forced deck with an endless supply of the queen of diamonds; the assassin’s mind is oversaturated and brought back to full consciousness. The endless supply of triggers can be compared to the raw, gritty realism of Christ’s crucifixion on Calvary. Through the humiliating, public execution of an innocent, we are brought back from surreal and mythical heights all the way down to dust and earth.

The crucifixion of Christ serves as not only the break from a horrible and monotonous dream, it brings with itself a brand new worldview—a new way of being, one that ultimately saves us from the grip of death.

The crucifixion of Christ brings with it the potential to live in a merciful and rehabilitating society. It frees us from the fear of death and teaches us to affirm life in every situation. Once exposed to the revelation of the crucifixion, we are unable to step over our fallen neighbors or become bystanders to injustice; we are unable to serve as the state’s mind-controlled zombies. We are forced into an awakening by which we act and shine a light on a nihilistic society, declaring that the threat of death need not drive us in life and that the radiant life of Christ calls us to love and care for our neighbors.

Indeed, it is Christ who says:

“… The Son of Man has not come to destroy men’s lives, but to save them.”

Let us heed Christ and his call to life, for he is the only thing that matters.

Did you like Clown World and the Only Thing that Matters
You may also like These Posts:

PrevPrevEp 123: The Case Against Abortion with Chris Williams
NextFinding Common Ground on AbortionNext